Home » Entertainment » TV » 7 Couples Of MTV’s Real World And Challenge Fame: Where Are They Now?

7 Couples Of MTV’s Real World And Challenge Fame: Where Are They Now? 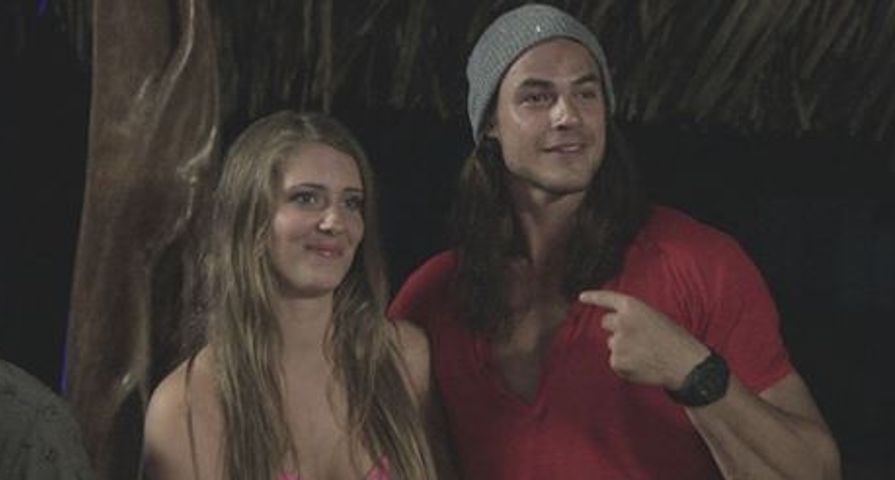 The 10 Wackiest Recent Cast Members On MTV's The Real World

MTV’s reality series the Real World was one of the first to cash in on the now huge business of reality television. The success of the show and the popularity of the characters has then spawned compeition reality shows such as The Challenge where contestants from different Real World seasons are brought together for even more drama and, of course, hookups. After 30 seasons of Real World and 27 seasons of the Challenge there have been many one night stands, but also many romances and full blown relationships. Since there are so many cast members and contestants, a lot of fans forget all about some couples after they appear on either show, and it might be surprising where some are at now and if they are still together. By now we know Ashley and Zack didn’t work out, neither did Danny and Melinda after a marriage, but there are others we still wonder about. Check out what happened to these 7 couples from MTV’s Real World and The Challenge.

Judd Winick and Pam Ling met in 1994 on only the third season of The Real World and the first one based in San Francisco. Much of the season focused on Winick’s unsuccesful love life, but following the season he and house mate Pam Ling began a relationship in 1995 which has now spanned two decades. They confirmed their relationship on the Real World Reunion Special and, after five years of dating, Winick proposed to Ling. Winick, who is now a well known comic and cartoon artist, had a very creative proposal for Ling and the two were married the next year in August, 2001. The pair are still together and share two children, in a rare reality show romance success story.

Exactly twenty years after the first Real World: San Francisco season, the reality show returned to the city for Real World: Ex-Plosion which saw quite a bit of drama thanks to the surprising twist thrown into the season. Along with the original seven housemates sent to live together, the producers also welcomed in their exes, leading to a lot of weird relationships. Thomas Buell and Jamie Larson were two of the original house members and developed a relationship even though they weren’t each other’s “usual” types. Although their relationship got tested on the show, they left as a couple and were going strong for quite a while. Production for the season began in August 2013, and didn’t air until January 2014 and the two were together until mid 2014, posting a lot of romantic social media pictures together. Now they are each in new relationships and Thomas can next be seen on The Challenge: Bloodlines where he will be competing with his twin brother, Stephen.

Another couple fans didn’t quite understand from the season of Real World: Explosion was Jenny Delich and Brian Williams Jr. Jenny was the original cast member for the show while Brian came in as her ex, and the two fought a lot but also got back together resulting in a lot of drama which was only increased by Jenny’s hookup with fellow housemate Cory Wharton. In the final episode the two had broken up, but in the reunion show, they announced they were back together and were moving in together. Not only are the constantly squabbling pair still together, they have welcomed their first child! Jenny gave birth to their daughter Violet Marie Williams in mid August 2015 and at the end of September the two celebrated their 7 year anniversary.

Another longstanding couple from MTV’s The Challenge is Cara Marie Sorbello and Abram Boise whose relationship has spanned many Challenge seasons after first meeting on Cutthroat in 2010. Fans of the show knew that Abram was unique and it didn’t take long to figure out the same about Cara Marie, so it wasn’t too surprising when the two struck up a romance. After five years together, the two have been up and down about their relationship, fighting and occasionally splitting up only to get back together. Through it all however, the two are in fact still together and it isn’t clear if Cara Marie ever agreed to move in together, but their social media accounts show she has been spending a lot of time in Abe’s home state of Montana, and they recently took a trip to Hawaii together. Fans will find out just what state their relationship is in when they compete against each other in The Challenge: Bloodlines as Abram will be competing with his brother Michael and Cara Marie is competing with her cousin Jamie Banks.

After so many seasons of the Real World, MTV producers have taken to changing up the show to create something new and, after the Ex-Plosion season, they did it again with Real World: Skeletons. A few romances blossomed on the show and one of the weirdest, yet intriguing, was between house member Bruno Bettencourt and Chicago native Carla Duca. After hooking up with housemate Sylvia, it seemed Bruno was interested in seeing if there was something there, but his attentions quickly changed after meeting Carla at a bar. The two continued to date throughout the season and Bruno turned away from the house members and show more and more, opting to go out or stay in with Carla, instead of participating in house events. It seemed like the real deal and the two continued to date after the season ended, but eventually called it quits. Interestingly enough, Bruno was then sharing cozy pictures with fellow Real World star Ashley Kelsey who many will remember from Real World: San Diego and her relationship with Zack Nichols. Bruno and Ashley have also called it quits, however, and he has gone extremely silent on social media with his personal life.

Real World: Skeletons also spawned the relationship between Tony Raines and Madison Walls, a couple fans of the show quickly got behind. Madison had some pretty dark skeletons which she opened up to Tony about, and his skeletons proved he is quite the player, but the two seemed very in love. The two left the show a couple and nearly a year after making that decision the two announced they are expecting a baby. “Thank you to everyone for the love and support shown for our pregnancy. Me and @madiwadi2by4 couldn’t be happier! #Blessed #BabyRaines,” Tony wrote on Twitter on August 11, 2015. Unfortunately, only a little more than a month after the happy announcement, the two confirmed they had broken up but have not gone into detail as to why. They appear to be amicable, however, and they no longer speak about each other on social media, but Madison does offer updates on her growing baby bump and revealed they are expecting a baby girl in March 2016. Meanwhile, Tony will also be on The Challenge: Bloodines which airs December 2 on MTV and will be competing with his brother who fans met during his Real World season, Shane Raines.

Very emotional and almost surreal moment for me yesterday seeing our little baby for the 1st time and only a few more weeks until we find out the gender! Me and @madiichanning couldn’t be more excited! @shanejraines get ready to be an uncle! #BabyRainesOnTheWay A photo posted by Tony MTV (@t_raines) on Aug 11, 2015 at 3:08pm PDT

Zack has been a fan favorite ever since appearing on Real World: San Diego where his height, good looks, muscles and hair had him often compared to Thor. During that season he was of course in a serious relationship with housemate Ashley Kelsey, but the two split up and Zack next struck up a romance with Jonna Mannion during The Challenge: Battle of the Seasons. Their next appearance on Battle of the Exes 2 revealed they had a bad breakup, but left the door open for Zack and Real World: Ex-Plosion alum Jenna Compano to hookup, resulting in another adorable romance. Surprisingly, the two are still going strong and have shared many adorable social media posts together and, although Zack will not be on the new Challenge season, Jenna will be competing with her cousin Brianna Julig.

Be about me; but also be about your money. And your family. And your dreams. I don’t want to be your whole world, just your favorite part❤️ @zachnichols15