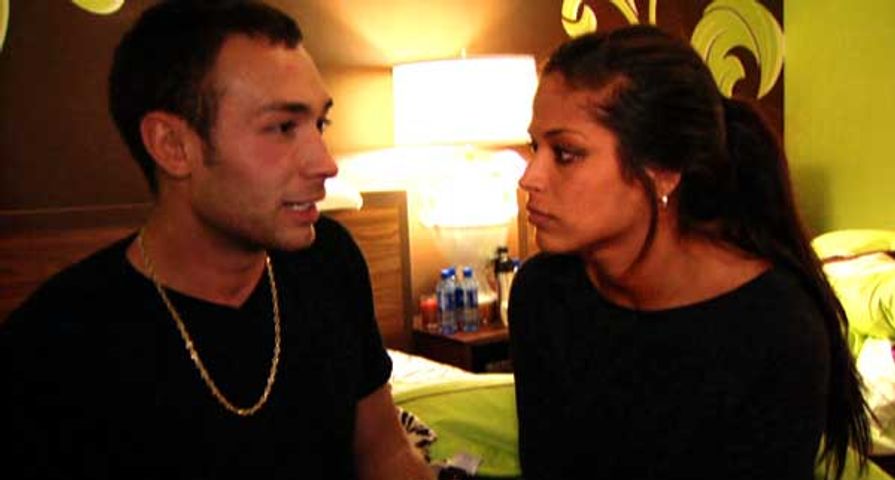 MTV’s reality show The Real World, now simply called Real World, blew the lid wide open on the reality TV phenomenon we all know now. Starting back in the early ’90s the show has had over 30 seasons and spawned its own spin-off shows which are just as intriguing as the show itself. Through it all, fans have been introduced to a wide array of people all forced to live and sometimes work together for a few months. Although this spawns some major drama as personalities clash, it can almost always be also guaranteed that each season will see a couple formed in the house. This usually changes the other housemates’ as well as the audience’s views on the people involved pretty drastically and, while some couples have been nothing but adorable, others have been nothing but annoying. With so many seasons, and so many romances, these 10 couples feature mainly in the most recent seasons.

Real World: Ex-Plosion was the 29th season of the series and as such, MTV decided to shake it up by adding a big twist. Unlike the other seasons where loved ones and friends would just come to visit, Ex-Plosion had the castmates exes move in during episode five, leading to a packed house and even more drama and even more opportunities for hook-ups. With a lot of possible combinations, one of the most annoying couples to watch was original housemate Jay Gotti and his ex-girlfriend Jenna Compono. Right away it was clear that Jenna was way out of Jay’s league and, while relationships are not all about looks, the strangeness of the couple was made worse by the revelation that Jay has a hard time staying faithful to Jenna. It was unbelievably annoying to watch Jenna worry about her relationship with Jay when all she needed to do was give her head a shake and realize she deserves a lot better!

Emily Schromm and Ty Ruff from the cast of The Real World: D.C. both had individual issues that unfortunately got swept up in their relationship after the two almost immediately began a physical relationship after meeting in the house. Ruff’s uncontrollable and outrageous anger issues have cemented him as one of the most annoying cast members to appear on the show, and his fling with Emily dragged her into the category as well. Ty thought they were forming something real, meanwhile Emily said she was not emotionally attracted to him and it was merely physical which led to the fling ending and the remainder of the season being plagued with tension between the two. It became exhausting for the audience watching these two spiral out of control and Ty’s drinking only fueling the fire and even leading to scary physical altercations.

Wes Bergmann is also widely regarded as one of the series’ most annoying cast members, and he did not make matters any better for himself by somehow landing one of the series’ favorite women. Wes and Johanna Botta appeared together on Real World: Austin in the show’s 16th season, and as is the case throughout almost all of the seasons, Wes and Johanna were particularly annoying to watch because of the games they played with each other. It was ridiculous seeing them go back and forth trying to make the other jealous and pretend they weren’t bothered by it. While the drama is of course one of the main reasons fans love the show, seeing the same thing happen over and over again with one couple becomes redundant. It wasn’t until at the reunion show following their season did the two reveal they were together and even talked engagement.

Much like the Ex-Plosion season before it, Real World: Skeletons had people from the house members’ past move into the house at two week intervals. With so much going on, most of the relationship drama focused on Madison Walls and Tony Raines, but there was an even worse pseudo-relationship between Bruno Bettencourt and Sylvia Elsrode. At first, both seemed like really likeable cast members and probably a cute couple; however, it all went downhill very quickly and became hard to watch as Sylvia begged for Bruno’s attention. Of course they slept together (in the confessional no less) and in an effort to see how much he liked her, Sylvia flirted with Tony, causing Bruno to go after Carla, the girl who he would get really serious with. It was sad watching Sylvia try to be tough about the failed relationship especially when she opened up about how mistreated she had been before.

MTV thinly veiled its intentions of a sure-fire hook-up when it cast Thor-like Zach Nichols and gorgeous sports lover Ashley Kelsey in the same season. Unsurprisingly these two gorgeous humans fell for each other and were very respectful of themselves and their families by not letting it get physical while being filmed. Zach and Ashley were annoying for a few reasons, but a lot of it was because it was too typical and seemed a little too staged. Of course, it was also boring watching them cut themselves off from the rest of the house because their “conservative” views didn’t agree with the others. It was also frustrating to watch two people go on a show for a great opportunity only to seclude themselves and then spout off ignorant comments when exposed to new people instead of embracing the experience. In the end, it didn’t work out and Zach has become a bit of a casanova on The Challenge where he has romanced Jonna as well as Jenna Compono.

For the show’s 27th season, the cast was in for a better Real World experience than any that had been had so far, as they were sent off to live in a beautiful house on Hassel Island, St. Thomas in the Caribbean. From the initial episode, it was obvious there were many possible romances with a lot of attraction by the men focused on Laura Waller. As is the case in many seasons, insecurities from the past have caused Laura to be a reckless flirt, enjoying the attention and immediately goes after Trey Weatherholtz. Although Trey says he broke up with his girlfriend back home, it is clear things are not over between them and he has a relationship with Laura anyway. To make matters worse he treats Laura poorly yet overreacts when she flirts with other guys. It was absurd seeing them go back and forth on each other only to have Trey bring Chelsea out to the island to try to fix things right in front of Laura.

Thomas Buell and Jamie Larson on Real World: Ex-Plosion were perhaps the most unlikely of couples of all the people crammed into the house in San Francisco. Things set off on a bad note for the pair before the exes even move in when Thomas is “disgusted” at the amount of people Jamie has slept with, claiming he doesn’t “have sex, but makes love.” His self-importance and superiority made him quite annoying, but to see the strong and beautiful Jamie lust after him made them annoying as a couple. Although Thomas complained about how his ex Hailey treated him, the fact he wanted to break up with Jamie because he wasn’t sure how he felt about Hailey was just ridiculous. Bottom line is Jamie could do so much better.

The same season introduced us to Jenny Delich and Brian Williams. Before Brian’s arrival, Jenny quickly became involved with housemate Cory Wharton, who happens to be quite a bit like her “ex” Brian. Although Jenny and Cory’s really fast relationship was a bit awkward, fans of the show are used to brief hook-ups and flings; however, this one had jealous exes to contend with. Much like what has been seen before it was clear Jenny liked the attention she got from both men, but it became really irritating watching her flirt with Cory or talk about liking Cory when working on things with Brian, or getting upset when Brian would get angry about her flirting. Not to mention, Brian did not come off as the nicest guy, which made it harder and harder to watch as Jenny was adamant about not letting him go, and in fact the two recently welcomed a baby girl.

With fleeting flings a constant source of drama on the Real World, Jordan Wiseley and Nia Moore were not technically a “couple” but a couple by hook-up standards of the show. The two appeared on season 28, Real World: Portland, and individually rubbed people the wrong way, which means they only completely freaked people out when they were “together.” Although the two seemingly hated each other, things got weird and really sexual more than once between the two. But the weird fight for power that these instances were about made the relationship extremely strange and at the same time obnoxious.

Really any of these couples could land anywhere on this list, but together, Nany Gonzalez and Adam Royer from the 2011 Las Vegas season were just extremely irritating. Right away Adam makes it clear he is not a good guy and says he will take any chance he can when Nany breaks up with her boyfriend Jordy. A lot of cast members who come on to the show with boyfriends or girlfriends back home end up breaking up with them because of someone they meet in the house, and what is extremely frustrating is that Adam is definitely not worth Nany ending a six-year relationship over. What perhaps makes this coupling especially annoying is the fact the storyline continues even after Adam gets evicted and Nany can’t wait for his weekend visit.