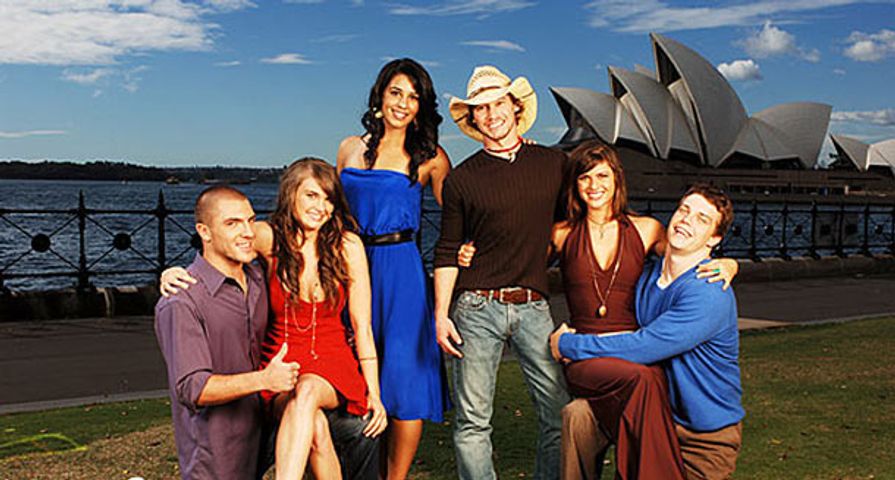 MTV struck gold when they got in really early to the reality TV craze with The Real World back in 1992, and now 24 years and 31 seasons later, there has been a lot for fans to sift through. With so many seasons and so many different people featured, a lot of casts and seasons have been forgotten, but there have been several that are still brought up. It’s hard to make fans of the series happy because those who are more familiar with the most recent seasons sometimes find the older ones boring, and those who watched it in the ’90s don’t like the way the show has developed now. Either way, these 11 seasons have stood out for either good or bad reasons, so check it out:

The Real World: Austin was one of those seasons where fans could not believe that these specific seven people were picked, yet still tuned into watch week after week. Some casts were so unlikable or boring their seasons were unremarkable and sometimes hard to watch, but despite the Austin cast arguably being the worst ever, they brought fans in. Challenge fans are well aware of Wes Bergmann, who was at the top of the most hated list, followed closely by the rest of his housemates, and yet he turned into one of those people viewers loved to hate, and always came back to see what he would do next. Austin was also popular because it seemed more “real” with the relationship between Danny and Melinda, and of course everything that happened with Danny from getting into a street fight leaving him with injuries that required surgery, to the death of his mother while he was away filming, causing him to take some time away from the show. There were a lot of reasons to watch, making the season one not to forget, but the cast also makes it one of the worst to sit through.

To many Real World fans, season 17’s Key West was not one of the series best, yet it remains stuck in their heads thanks to some very memorable housemates. A lot of Real World fans have extended their viewership to the spin-off series, The Challenge, and Key West, which introduced fans to two of The Challenge‘s most notable veterans Johnny “Bananas” and Paul Meronek. It was popular thanks to the explosive cast with their intense personalities, but also one of the worst because it was extremely obvious that certain cast member’s were selected because of their sensitive state which meant viewers watched Paula have a season long breakdown and deal with issues she had long before appearing on the show, yet instead of receiving help was stuck in the unhealthy emotional and mental situation of The Real World house.

Where to start with The Real World: Portland? The fact of the matter is that even though it has been three years and there have been four more seasons since it aired, it is still widely talked about, the problem is, not for anything good. It started off with all of the components necessary for another good, but not great season, thanks to personalities such as Jordan Wiseley who is so obnoxious, yet weirdly compelling, Jessica McCain who is just obnoxious and then of course Averey Tressler and Johnny Reilly with an unexpected romance. This season was interesting, but went completely off the charts when “Hurricane Nia” came in as the replacement for Joi in episode four. Strong personalities had been seen before, almost every season in fact, but there was never someone like Nia Moore. To this day those who watched the season still can’t believe the things she said or did and still wonder if professional help would have been the best option for her. The antics she became involved in with her castmates were never before seen on the series, and the last straw was her overly violent attack on both Johnny R and Averey, yet she remained in the house. That moment sent a bad message to Real World fans, as before there was no tolerance for violence on the show, yet they let her remain seemingly for the draw of what she will do next.

The Real World‘s return to Las Vegas for season 25 was nothing short of a trainwreck, yet one you couldn’t look away from. The cast dynamic was so great in this one that fans could look past how obviously each person was cast for the role they were to play in the season. Las Vegas II saw one dramatic situation after another, and more than one couple formed. Between Leroy being hilarious, Mike being awkward, and Dustin and Heather, and Nany and Adam being total messes this season was just non-stop drama. Unfortunately it downplayed some pretty serious issues including homophobia after the cast found out Dustin had been involved in some gay porn in his past, as well as domestic violence with Nany being scared of Adam’s violent outbursts. They were great to watch, but the season could have focused on the important issues a little better.

The Real Word: Hawaii was one of those seasons where it is hard to tell whether it is popular because of the story the cast told or simply because of the great location. Again, fans had problems with liking much or any of the cast, but it definitely hit home with some of the major issues dealt with. Ruthie Alcaide’s severe drinking problem was not just another entertainment factor for the show as producers had to step in to prevent her from driving intoxicated, but her condition was so bad it resulted in a trip to rehab. Unfortunately, despite dealing with the issue which does affect many, the season was rife with people who we only watched because it was unbelievable they could really be like that, not because they did or said anything of particular interest.

Season 19’s The Real World: Sydney was a saving grace for the series after the previous season in Denver almost lost a lot of Real World fans. First of all, Sydney was an absolutely amazing location, and the cast was unbelievably unique for a show that is always casting in order for certain personalities to clash. Sure KellyAnne was the typical “party girl” and Dunbar served as the “angry drunk” but they were entertaining and at the very least Cohutta alone would keep viewers coming back because he just seemed so out of place. It was popular, but still not one of the best because it overplayed the animosity between Tricia and Parisa, and maybe didn’t properly address Dunbar’s anger issues.

There is no way that the season that started it all could be overlooked. MTV was taking a risk with their reality TV/social experiment and it all hinged on the interactions of these seven people to see if it would work or not. In 1992, fans weren’t quite sure what to expect and attitudes were vastly different, young twenty-somethings were vastly different and it was fascinating for audiences. It doesn’t rank higher because it is hard to tell just what the perception was at the time it aired; for those of us now watching it back it is easy to say it is absurdly interesting to watch where a show that has spanned more than two decades began and compare the differences of people,places and interactions now to then.

The placing of this season may be contentious for some Real World fans because as stated, fans of older seasons preferred the more real stories, while fans of the newer seasons are just used to shocking moment after shocking moment, and the return to San Diego in season 26 definitely delivered. There could not have been more of a diverse or strong cast. Many times, some of the cast members get overlooked because of others, but each member of the San Diego cast had such a strong personality, it’s truly a wonder they all made it out alive. MTV took the leap of really looking at the homophobic attitudes of some young millennials which was surprising to many, as it wasn’t just Zach who was vocal about being uncomfortable with both Frank and Sam, but it was matched by his season-long love Ashley. Frank was the light and dark of the house who was strangely fascinating to watch, despite obviously needing a much more healthier environment to deal with his own personal struggles, while Sam was one of the most patient people ever who would not simply let Zach or Ashley get away with their closed-minded attitudes and homophobic judgements. This season had everything from endless drama and “did that just happen moments” to exploring very serious issues.

Season 21’s Brooklyn was a valiant attempt at bringing The Real World back to, well, reality. For many of the previous seasons, the shallowness and repeated dramatics just with a different cast in a different location had begun to wear on viewers, and Brooklyn changed that, at least for a season. The cast featured eight strangers and personalities with a lot more substance such as Ryan Conklin, an enlisted Army veteran with experiences not many can relate to; Chet Cannon with strict views and opinions; Sarah Rice with a difficult past; and Katelynn Cusanelli, a transgender woman struggling with being accepted. There sure was drama, squabbles, gossip and shallow fights, but together this group at least made viewers think about things past when the cast is going to get drunk again, and told very real and emotional stories.

In earlier seasons, The Real World had a much better balance of being mature and sending important messages, but also being entertaining, and season seven’s Seattle was the best of both. Things got exceptionally heavy in this season (but not as much as number one as this list), especially with Stephen full on slapped Irene in the face, but was not kicked out of the house by the other castmates. The show really explored how the cast’s tried to cope with such an invasion of their privacy and between the usual dramatics there were incredible stories, and the season has remained emblematic of The Real World of the ’90s.

Despite it being only the third season of more than thirty for the series, The Real World: San Francisco still remains one of the most talked about of all. After two experimental seasons, MTV had begun to see what fans responded to, and what would keep viewers interested aside from the obvious “seven strangers picked to live in a house, stop being polite, and start getting real.” It was clear they did some very concise casting by bringing in Pedro, a gay man suffering from AIDS and also an AIDS activist, in a time where the issues were still not openly discussed or accepted. MTV pushed both the cast’s and viewer’s comfortability with the people they brought in including David “Puck” Rainey, but it was an important step, and why it is the best, and most memorable season of the series.