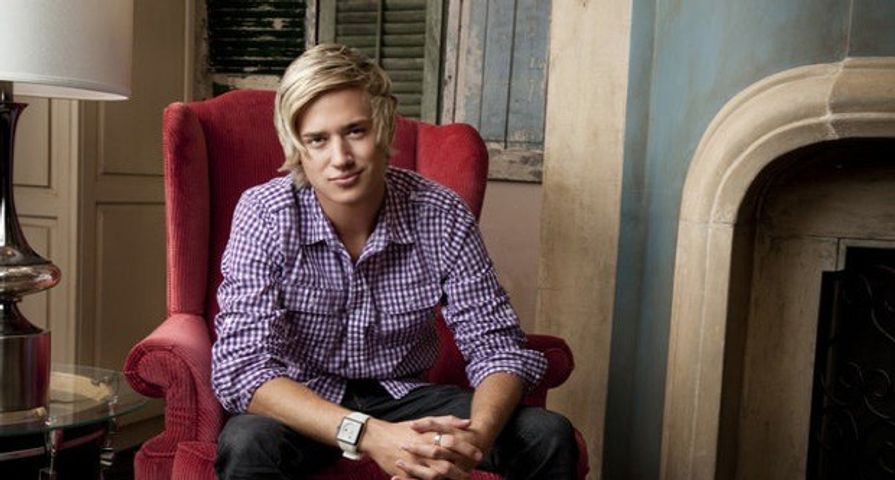 MTV’s Real World is one of the first of the onslaught of reality television programs we have become accustomed to after first airing back in 1992. It now stands as MTV longest-running program and unsurprisingly is also one of the longest-running reality series in history. There have been an incredible 30 seasons as well as several equally interesting and dramatic spinoff shows including The Challenge and Road Rules. After 30 seasons with seven or eight cast members living together and getting “real” there is a large group of both liked and hated people who have appeared on the show. Fans know there seems to be a typical group they try to put together, which means there is always that one or maybe two people who get under the skin of not only their housemates but the viewers at home. With so many seasons, the most recent cast members stick out most vividly so, while there are a lot of annoying participants from the early years, there are a lot of recent ones on this list. Here are the 10 most annoying contestants on the Real World.

In terms of annoying and downright unlikeable cast members, Jessica McCain from the Real World: Portland season doesn’t go that far, but only because she just isn’t interesting. She was, however, very annoying after coming into the house thinking she is a leader and proceeding to try to be a dominant personality, when really she just wasn’t. It became clear very quickly she is very insecure and her interjecting in conflicts trying to talk it out usually only made them worse. It got tiring watching Jessica persist with a “better than you” attitude and create drama when there was none there, especially when more did not need to be added with people like Jordan and Nia also living in the house. She tried really hard to have the attention on her, but only made viewers realize how crazy she really is because when the cameras were focused on her she was obsessing over a week long relationship or buying herself a virginity ring when it didn’t work out.

All in all, St. Thomas was a pretty fun group, that is aside from the unbelievably frustrating and annoying Brandon Kane. While there are always really nice houses for the casts to live in, St. Thomas was particularly amazing, meaning there really shouldn’t have been much to be annoying or whine about; however, Brandon managed it. Almost immediately, he began to position himself as a victim after he felt excluded because he isn’t athletic like the other guys, had a rough childhood and because Laura went for Trey instead of him. It didn’t take long before his “I’m a tough guy” but “woe is me” story became annoying and repetitive, and it took way too long to have him kicked off which happened in episode 11 after he failed a drug test.

This guy! Another house member who couldn’t deal with his alcohol and rage especially when  mixed together, and also another house member to get kicked off. Adam Royer was a member of the the Real World: Las Vegas cast the second time a season was based there, and he quickly became the villain of the group. Another “bad boy” with a troubled past, Adam’s ego became infuriating and his treatment towards Nany and his girlfriend back home was just ridiculous. Nany was way out of his league and to watch her lust after him like was some sort of gift to women was unbelievable. It was a relief when he finally got evicted from the suite and ten times more annoying when he made a reappearance in episode 12, visiting for the weekend and stirring up drama with Nany all over again.

Svetlana was clearly cast because of her looks, and probably because they knew she would deliver enough drama to fuel the season of Real World: Key West; however, her scenes were hard to watch because she was that tiresome. At only 19, she was the youngest person in the house and her immaturity shone through above any other quality. Her sense of entitlement and drama queen personality was enough to make you shake your head at the TV. While the fact that she thought she was a successful business person because she had worked for her parents’ company and played off the fact she was pretty and young was annoying enough it was capped off when she actually stomped her feet in an argument like a toddler.

Madison Walls was featured in one of the latest seasons, Real World: Skeletons and to be fair, her skeletons were pretty big and dark. Unfortunately the girl could never, ever be taken seriously starting with the fact that her voice alone was annoying enough to make it on to this list all by itself. She had the giggly, dumb-blonde, too cute routine down pat which made her really hard to listen to even when she was discussing important things, like her heroin addiction with her ex. However, it was mostly her whiny voice, her crying, and her desperate want to be liked by everyone that took center stage. If she wasn’t crying to Tony or about Tony then she was befriending every ex or skeleton that came into the house, and her sickly sweet, child-like behavior became just a bit too much.

Probably one of the most hated as well as one of the most annoying cast members to appear on the Real World, Tonya Cooley really rubbed everyone the wrong way, especially her housemates. Although many people go on the show for new experiences, Tonya made little effort to go out with her housemates and most of the time just stayed tied to the phone talking to her boyfriend back home. She was clearly unstable, whining about having no money, but flaunting expensive breast implants and put the final nail in the coffin when she told the camera, “I think the gay lifestyle is full of drugs and a lot of sin!” after Chris came out to the roommates. Of course when she did talk to her roommates it was to tell her own sob story and she only made the case worse for herself after condemning Aneesa for walking around the house baring her body only to pose for Playboy years later herself.

Wes wouldn’t factor this high on the list if he would just go away, but he won’t. By now, Wes is one of the most well known Real World alum due to his penchant of showing up on almost every Challenge and Duel spinoff after his time on Real World: Austin. At the time of his casting for Austin, Wes was a frat boy at ASU and was described as an “obnoxious, super-competitive jock.” One look at him would not scream, womanizer, or jock for that matter but obnoxious is definitely a defining characteristic for the red-headed wonder. In terms of self-obsession, Wes really takes the cake believing he is always smarter and better than those around him.

The producers of the Real World probably didn’t even fully understand what they were in for when they cast Nia Moore in the Real World: Portland. Nia came into the house in episode four, after Joi left the show due to concerns from her boyfriend. Nia clearly had some deeply rooted issues, however it was hard to have understanding or sympathy for her thanks to her out of control attitude. Nia thought she was some sort of celebrity and went on and on about how she only dealt with rich and famous guys while also stating she was writing a book about how to marry an athlete, although she was not and is not married to one. She thought she was better than everyone and was above working for the pizzeria everyone else worked out, causing her to get fired and then insulting the super cool owner of the place. Everything she did and said was annoying, but worst of all was her constant abuse of everyone in the house by trying to put them down. Jordan was hard to like as well, but at least he stood up to her unbelievable behavior. She was so crazy she threatened to have him beat up by her “connections.”

Ryan Leslie from the Real World: New Orleans season wasn’t just an annoying person, he was also horrible. His time on the show was stinted with unbelievably homophobic remarks aimed at his openly gay roommate Preston, losing the car and showing up to a prescription-drug dependence class with a beer. The guy was hard to take for viewers, so we could only imagine what it was like living with him and, with every fight he got started, we began wishing more and more that one of the other roommates would finally just knock him out. It’s one thing to be an obnoxious human being but to have the kind of attitude that disregards absolutely everyone else is enough to be one of the worst cast members ever.

And finally, there is David “Puck” Rainey from the show’s third season The Real World: San Francisco. Everything that Adam, Wes, Nia and Ryan were was first done by having Puck on the show, becoming the quintessential a–hole character for the series. Puck was annoying for many reasons, such as calling himself “the Puck” in the third person, his total lack of personal hygiene, his complete disregard for the others while being “true to himself” and all of it was made worse by his antagonizing of Pedro, a man living with AIDS and who died  from the virus shortly after filming. Eventually Puck was kicked out of the house, not because of a drunken mistake or a hidden drug problem that Real World fans are now used to, but simply because of his annoying and abrasive personality that could no longer be taken by anyone in the house.