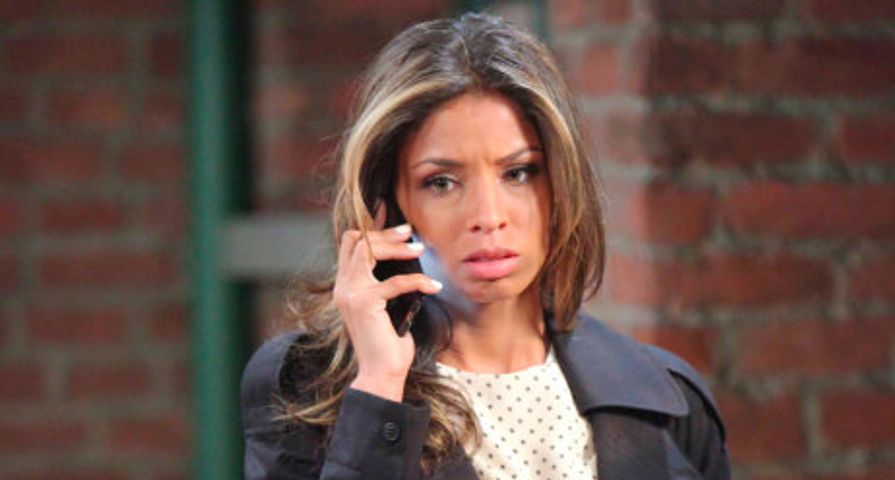 General Hospital (GH) fans have been waiting a very long time for the truth to come out regarding Jake Doe’s real identity and this week the fallout from all of that continues! More on Jason Morgan, Sam, Elizabeth, plus other Port Charles drama below, in this week’s GH spoilers!

6. The Truth about Jake Doe’s Spreads Throughout the Town

The entire town of Port Charles is stunned to find out that Jake Doe is really Jason Morgan. The only problem is, while Jake now knows who he is, he still does not have any memories of the past. He is technically still married to Sam, however his heart currently belongs to Elizabeth. Jake confronts Nikolas on hiding the truth about his identity; however, the real story behind that situation will not be revealed this week. While they share a conversation about their current relationship, Liz does not tell Jason that she had known the real truth, all along. Elizabeth reaches out to Monica, and tells her that Jason is still alive.

Hayden surprises an unknowing Nikolas with a bombshell. She also participates in another secretive phone conversation, and the speculation increases about who her partner is. Laura, Hayden, Elizabeth, and Nikolas gather and chat about their secret around Jake’s real identity and how they knew prior to the reveal. Will the foursome continue to keep this little white lie under the carpet, or will they all come clean?

The couple that seemed to be quite happy last week is now struggling with the recent news of Jason still being alive. Patrick calls Robin to share the news about Jake/Jason. Sam and Jason have an intense moment together and Elizabeth gets a sneak peek of this bittersweet confrontation.

Ava pushes Sonny’s buttons, so that he loses his temper during the custody hearing. While Scott tries to get Morgan and Michael to lose their focus while they are on the stand. Sonny gets quite upset at Carly for not being in court during the hearing, but will he forgive and forget when Carly presents Jason to him?

While Dante tries to patch things up with Lulu, she turns around and makes an impulsive move. What happens when she and Dillon see each other again? Dillon also makes an impulsive move, but does not see the results he had hoped for. Dante runs into new PCPD police academy cadet Valerie. Things get a little sticky when Valerie is placed on a work assignment that has her working close to Dante. Laura has some choice words for Dante.

Julian and Alexis discuss the implications that have occurred due to his past business ventures. Sam approaches Alexis for advice while Dillon and Paul experience a bonding moment. Paul tells Anna she can delay her investigation into Sonny’s shooter, but Anna seems hesitant on this idea. Dillon tells Maxie she should pursue her acting dreams; however, she inadvertently talks herself into another opportunity. Later, Spencer and Emma spend time together at a park for a school project and Nina lands a job interview.