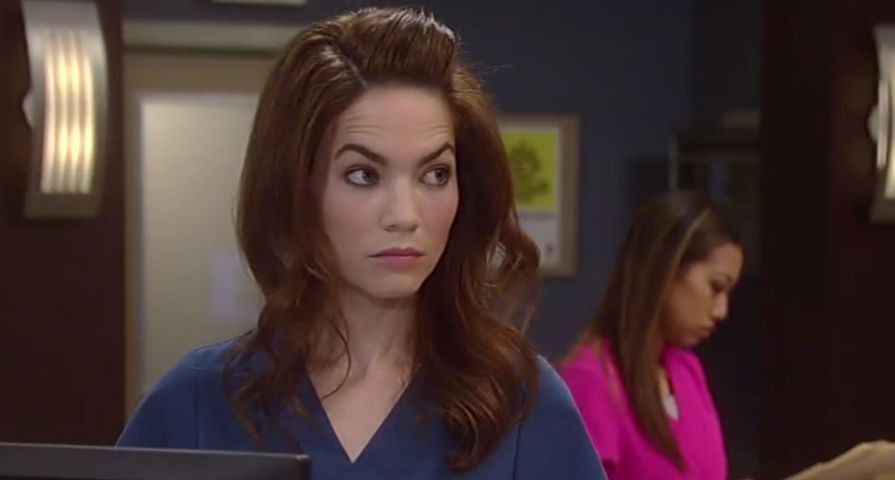 A lot is going on in the land of Port Charles this week! Someone may be leaving, another character returning, one that may head to prison, and two couples that are on the verge of falling in love. Learn more about these stories and more in the General Hospital (GH) spoilers for the week of August 14th.

Hayden has a decision to make that will determine her future. She could choose to run from her problems or own up to the mistakes she has made. This scenario may set the character up for an exit as the actress who plays her (Rebecca Budig) is expected to leave the show shortly. It’ll be difficult for Hayden fans to bid her adieu, but if you do love this character, you will want to tune in.

Finn will take the loss of Hayden hard. He’ll need some assistance and turn to Curtis. Finn will aim to stay off the drugs to get through this, but will rely heavily on Curtis when it comes to this crisis. Meanwhile, Dr. Obrecht’s world may crumble this week as well, which should be interesting karma since she caused this. GH spoilers indicate that her gloating could bring her down.

Turns out Professor Parker is returning to Port Charles and Molly is the one to give Kristina this news. The professor will be filling in for another teacher at the university. Kristina will reminisce over romantic memories with Parker and dissect the pros and cons before making a huge move.

GH spoilers indicate that Julian will remain positive when it comes to his trial. While he’s not delusional about the idea, he will try and focus on the idea that freedom is a viable option. It’s clear that he is probably headed to jail. Alexis will try and evaluate her own emotions around all this.

Ava goes back and forth on what Valentin has placed on the table. She does dream about how great life would be if she didn’t have her burn scars. While Ava will fall into another depression, Griffin will be around to try and scoop her out of it. The good news is, he just may do this and these two up-and-coming lovebirds will grow closer.

Oscar and Josslyn head out on another date this week and get a little closer. Nelle on the other hand will have to deal with Dante and a little grilling on his part. The PC cop is so close to finding out what really happened to his dad and he’s on a mission. Can Dante finally place all the pieces around Sonny’s shooting together? Liz puts her life on hold and encourages Griffin in his decisions.