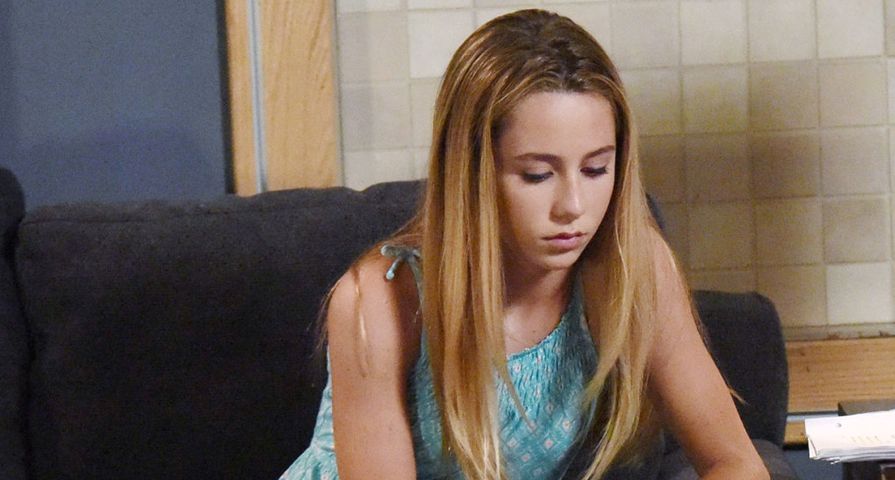 Calling all General Hospital (GH) fans! Get ready for an interesting week in Port Charles. Sam struggles with her mental state, Josslyn is still up to no good, and CarSon is officially back on! Learn about these stories and more in the below GH spoilers for the week of June 26th.

CarSon struggles with their desires on the island this week, and the two will finally give in and make love. They talk about next steps, and Sonny tells her he is ready to leave his old ways behind and say goodbye to the mob. Can he do it? He’s promised this before. While CarSon is reuniting, Nelle’s spreading good cheer around Port Charles as she continues to change her ways. GH spoilers indicate that she should enjoy this happiness while it lasts, as things may change once Carly returns.

Nina comes face-to-face with a catch-22 of sorts this week and things will get sticky for her. She’s always got something up her sleeve, and she’ll bounce back with a little blackmail. She’ll devise a plot, and truly believe it will all be worth it when everything is said and done. Here’s hoping that’s the case for Nina, she’s had a hard run lately.

Speaking of hard run, sweet little Charlotte will be thinking about her dad Valentin this week, and missing him terribly. Mom Lulu and Dante try hard to do what they can to help Charlotte through this. Sadly, Valentin is still in deep trouble, so organizing a visit for Charlotte right now is not possible.

It seems Josslyn’s crazy teen behavior is going to meet its match this week. Grandma Bobbie catches wind of it all and gives Josslyn a piece of her mind, but that is just the beginning. Soon her mom Carly rolls back into town and finds out. GH spoilers indicate that Josslyn won’t clean up her act anytime soon though. In fact, she is sure to get into more hot water with current crush Oscar in the near future. We’ll have to wait and see.

Monica and Curtis decide to join Hayden and Finn in their plan to against Dr. Obrecht. Sam’s mental health continues to spiral downward. GH spoilers indicate she’ll take a turn for the worse this week as Jason’s fears increase. Dillon and Ned have a serious talk about the future of the Quartermaines. Little Spence is still on a mission, and in typical Spencer style, he’ll make some big and bold moves this week.