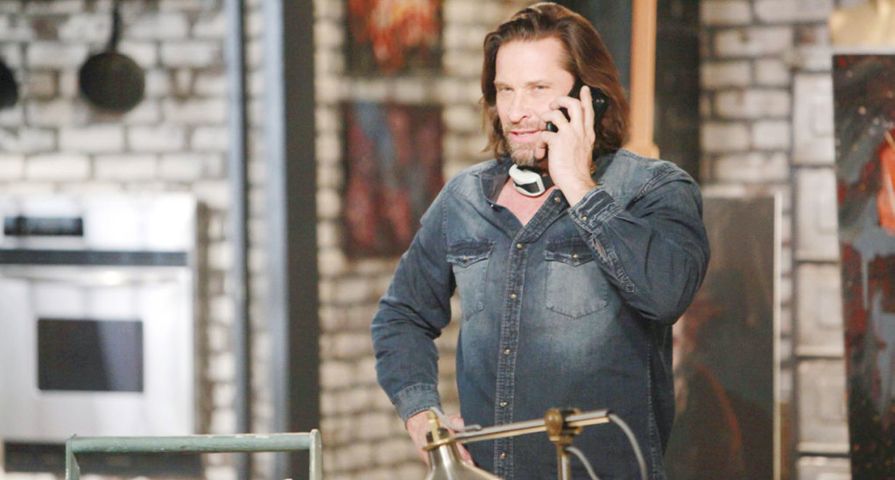 What does 2017 hold for General Hospital (GH) and its fans? If the first week of the new year is any indication … tons of drama! It’s important to note, there is no GH on Monday January 2nd, but fans can tune in on Tuesday the 3rd (and the rest of the week) to catch some new 2017 episodes. This weeks episodes will pick up on their New Year’s Eve, so while we are in a new year – they are still stuck in 2016! Learn more about Lulu, Charlotte, Valentin, Nina, Dillon, Kiki, and many more, in the GH spoilers for the week of January 2nd.

Lulu may not be happy that her daughter has a new stepmother, but Dante urges her to calm down when it comes to Nina. He reminds Lulu that acting out on Nina could hurt her custody case for Charlotte. Meanwhile Nina spends her first night as Mrs. Cassadine with Valentine. She’s happy to help her new husband do anything he can to keep Charlotte – but she is worried. There seems to be some speculation as to where Claudette is. This week will find Nathan and Maxie desperately try locate the woman so he can divorce her and move on with his life. While Nina frets about Claudette, her new husband promises that he didn’t hurt Nathan’s ex in the least.

Julian and Alexis get caught together this week and it’s by none other than Sam. She and Jason are looking for answers around Winston Rudge and why he was at Alexis’ house. When they get to her mom’s door, Alexis tries to block them out (because Julian is there), but fails miserably. Sam simply pushes through and is shocked when she sees her dad. While Alexis tries to make up some phony excuse, Sam sees right through it. Sam proceeds to ask Julian about Rudge and why they are in communication. Julian spews more lies, but this may be in an effort to protect his daughter. Speaking of Alexis, she has a hearing this week to get her license back … but can she pull herself together for it? Friend Diane is there for support, but Alexis’ memory starts to falter, much like what happened on Christmas Eve.

3. Franco Tries To Clear His Name

Franco works hard this week to prove to Liz (and perhaps the world) that he did not kill Tom Baker. He falls upon some evidence that is directed towards Alexis, evidence that could clear his name. While many would think that Franco would run with this, he does step back (for a moment) to digest the information. This evidence could exonerate him, but he’s hurt Sam a great deal over the years, and proving her mom killed Tom would only hurt her more. Alexis had a blackout due to intoxication the night Tom was murdered and she simply can’t remember anything around what may have occurred. Franco turns to lawyer dad, Scotty Baldwin, for help this week. Meanwhile, Dr Obrecht also has a talk with Liz. However, unlike Laura, the doctor worries that her BFF will get hurt.

2. Are Nelle And Michael Related?

GH fans are holding their breath to see what Nelle is really up to, but it seems that this is not the week it will all be revealed. However, Nelle and Michael do continue to bond this week, getting closer and closer to a first kiss. Will they or won’t they this week? Could a kiss (or lack thereof) confirm sibling status for these two? Meanwhile, Sonny is over the moon that he and Carly are stronger than ever, but she side-steps him this week. While she loves being with Sonny, Carly feels like she’s placing herself back into a vicious cycle: if she gets back together with him, it’ll still be a mob life that she lives, putting the ones she loves at risk, with more pain to follow.

Fans of Killion can celebrate! During their cross-country bus/New Year’s celebration Dillon and Kiki share a kiss. Curtis and Jason continue to dig around looking for clues around the bomber case. This week they find a new and surprising clue at the pawn shop that may reveal there is a new mob boss in town. Seems like Finn will be cured this week, but at what price? Meanwhile, Anna allows Andre to hypnotize her in hopes that she’ll remember something about Valentin. The good news is something does pop up that leaves Anna trying fit recovered memories together.  Liz and Laura have a one-on-one about being in a relationship with a shady man.