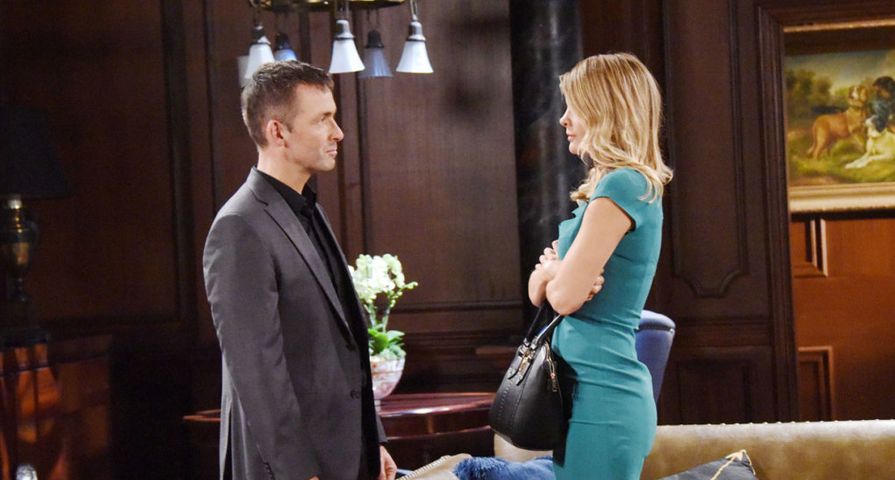 As we head into the holiday season and the last month of 2016, things seem to be heating up in Port Charles. General Hospital (GH) fans should expect some drama this week between Ava and Sonny, Alexis and Julian, as well as some revelations from Lulu as she learns more about little Charlotte. Find out about these storylines and others in the GH spoilers, for the week of December 5th.

Alexis will help nurse Julian back to health this week, as he recovers from the accident. She doesn’t want to, but has to because her ex-hubby has threatened to go to the Port Charles police and tell everyone she was the person behind his accident. So, while Alexis is by his side helping him recuperate, Ava and Sam see huge red flags over all this and become suspicious. Ava is also preoccupied with her new custody suit over Avery, and now Carly is by Sonny’s side. Speaking of those two, their little home-wrecker friend, Nelle, loses something important this week. Could it be her handy-dandy smartphone device with Sonny’s recorded confession? As the week progresses, Nelle starts to manipulate Sonny and the mob boss gets worried she’ll run to Carly and tell her about their one night together. Nelle continues to ‘record’ Sonny’s confessions.

As Maxie and Nathan continue to plan their nuptials, they hit some bumps along the way this week. One big one comes in the form of Lulu. She wants to learn more about Charlotte and wants Maxie to help her out. Lulu is concerned because she believes the little girl may be her missing embryo baby, and she needs help to figure this out. Lulu is afraid to tell Dante at this point without getting some more information. As the week progresses, the investigation that Lulu and Maxie launches goes sour. Lulu confronts Valentine about Charlotte later in the week.

Hayden just gets more and more ill this week and Liz takes a stand against Tom. If it is even possible, Baker is becoming more and more odd (and insane) this week on GH. Liz makes a huge decision to not be a victim, and moves forward with a plan to protect herself. Meanwhile, Franco seems to be taking matters into his own hands by devising a plan to rid Port Charles of Tom for good.

2. Who Is Valentin Cassadine?

Anna continues her pursuit in finding out more about Valentin and why she thinks she remembers him. She spends some time with Laura earlier on in the week to pick her brain about Cassadines and their family history. Nathan and Dante also try to gather information on Valentin as well. So, what is Valentin up to? Well, he’s busy with Nina and it seems that it won’t be long until they get closer and take their relationship to the next level. Nina is a tad smitten with Valentin, but he has fallen head over heels for his little daughter Charlotte. Spoilers indicate that Nina won’t like the idea of Lulu stepping in and trying to take her.

Curtis and Jason go over their findings on the bomb case this week. It seems they get a lead and make another huge step towards finding out who was at the bottom of it. However, the case is paused so that Jason can take Sam to her doctor’s appointment. JaSam head to the ultrasound appointment and suffer from some nerves as the sex of the baby is revealed. It seems that the baby’s birth will take place in February, during sweeps week of course. The baby news is a sweet touch, but back to the bomb case. The unfortunate news is that, by the end of the week, Curtis and Jason find themselves in a sticky (and dangerous) situation, as they continue to look for evidence.