15 Popular Food Network Stars: Where Are They Now? 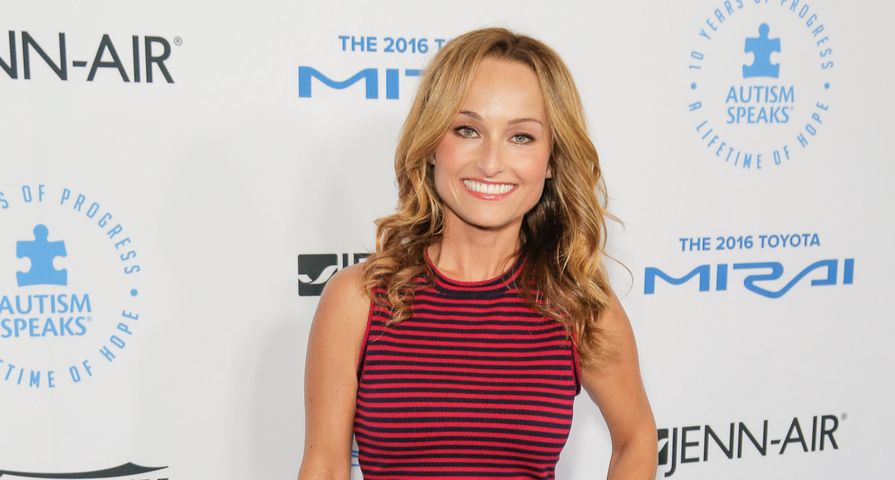 He’s arguably one of the most well recognized stars from the Food Network. In fact, by 2010 he was deemed the face of the network. In addition to running his own restaurants, he’s made a name for himself as a television personality hosting the following shows (many of which are still on the air): Guy’s Big Bite, Diners, Drive-Ins and Dives, Ultimate Recipe Showdown, Guy Off the Hook, and Minute to Win It on NBC. He just recently announced his newest venture, a show called Guy’s Big Project which will premiere sometime this year.

She made a name for herself back in 2009 on the show Five Ingredient Fix where she dished out amazing meals with only five ingredients or less. Since leaving the show she’s been focusing on travel and has even gone from working on the Food Network to the Travel Channel. She hosted The Chef’s Classic on CBS, took over Keegan Gerhard’s job as the host of Food Network Challenge in 2010 and currently co-hosts Chef Race: UK vs. US alongside Richard Corrigan on BBC America.

This celebrity chef rose to fame on the Food Network with her own show, Paula’s Home Cooking, which premiered in 2002. After a long standing relationship, the Food Network decided not to renew Paula Deen’s contract in 2013 after she was caught making racial slurs in a social media post. She’s since made somewhat of a comeback in her career. Deen competed on season 21 of Dancing with the Stars, formed a partnership with Evine, and she currently hosts the syndicated shows Positively Paula and Paula Deen’s Sweet Home Savannah and recently opened a new restaurant called Paula Deen’s Creek House in Savannah, Georgia.

Jeff Mauro was deemed the “Sandwich King” as a kid after he started packing his own lunches and taking great care in his sandwiches. As a adult, Maura has continued to live up to his nickname. He won season 7 of the Food Network Star and went on to host $24 in 24 and his own show called The Sandwich King which was nominated for an Emmy in 2012. In 2014 he became one of the co-hosts on The Kitchen and in 2017 began appearing in ads for Subway which have since been met with criticism. Mauro still lives in Chicago where he runs his restaurant, Pork and Mindy’s, which will be opening a new location at Wrigley Field this year!

Justin Warner won season 8 of Food Network Star in 2012 after he and his then-girlfriend, J.J Pyle, competed on 24 Hour Restaurant Concept in 2010. Similar to many other winners, Warner was slated to get his own show, but it never went to air. In 2015 he wrote the book “The Laws of Cooking: And How to Break Them” and now shoots Chefstock on Twitch.TV, while making the occasional guest appearance on Guy’s Grocery Games and Cooks vs. Cons.

High school sweethearts Pat and Gina Neely were given their own show on the Food Network after Paula Deen dined at their family restaurant, Neely’s Bar-B-Que, in Tennessee. They were awarded two shows, Down Home with the Neelys, which premiered in 2008 and became the highest-rated series on the Food Network, as well as Road Tasted with the Neelys. Down Home ran for 11 seasons until 2014 when Gina filed for divorce. Fans were shocked that the seemingly happy couple were splitting up. Since then they’ve both gone their separate ways and haven’t spoken in over two years. Pat now hosts Save to Win on The CW, while Gina does speaking engagements and charity work.

As the season 9 winner of Food Network Star in 2013, Damaris Phillips was given a great platform to start her career. After her win, she went on to host Southern at Heart, a show dedicated to teaching viewers about all the Southern food she grew up eating and cooking while living in Louisville, Kentucky. The show premiered in 2013, but ended in February 2016 after 5 seasons. Since leaving the show, she has worked as a judge on Guy’s Grocery Games and began co-hosting Kids BBQ Championship.

Tregaye Fraser rose to fame after winning season 12 of Food Network Star in 2016. To capitalize on her win, in January 2017 she became a regular co-host of Kitchen Sink, but left after only three episodes. Behind the scenes, she developed a partnership with Sprouts and, according to her website, works as a restaurant consultant and offers cooking lessons, as well as catering.

Italian-born American chef, Giada De Laurentiis, has become a popular television personality on the Food Network. She is most famous for her show Giada at Home which last aired in 2015. In addition to that she now works as a guest host and contributor on NBC’s Today, reigns as the founder of the catering business GDL Foods, opened her first restaurant in 2014 called GIADA in Las Vegas and voiced the character of Gelata in the Tinker Bell special, The Pixie Hollow Bake Off. On top of her busy work schedule she is a mother to her daughter, Jade. In September 2015 her divorce from Todd Thompson was finalized.

Tyler Florence is no stranger to being in front of the camera, especially on the Food Network! He worked as a presenter on Globe Trekker, hosted Food 911, How to Boil Water, and currently hosts Tyler’s Ultimate and The Great Food Truck Race. In 2009 he opened a chain of luxury kitchen supplies and restaurants in Northern California called Wayfare Tavern, Rotisserie & Wine and El Paseo. He penned an impressive 11 books since 2003, his most recent is titled “Inside The Test Kitchen,” which was published in 2014.

Aarti Sequeira started out as an L.A. food blogger, but is now a Food Network Star champion. After she won season 6, she went on to host her own show called Aarti Party on the Food Network. Prior to this she worked as a CNN news producer. She’s also been a guest judge on Guy Fieri’s Guy’s Grocery Games, started the online cooking variety show called Aarti Paarti and hosts Taste in Translation which airs on the Cooking Channel and follows her as she seeks out amazing dishes from around the world.

Former football star Eddie Jackson went from the field to the kitchen and is now credited as a grilling enthusiast. He competed on MasterChef in 2013 and came in eighth place. He then went on to win season 11 of Food Network Star and host his own show called BBQ Blitz. He recently began co-hosting Kids BBQ Championship alongside Damaris Phillips. The show is onto its second season. He also frequently serves as a judge on Clash of the Grandmas.

Stacey Poon-Kinney began her career on the Food Network when her restaurant, The Trails Neighborhood Eatery, was featured in an episode of Restaurant: Impossible in 2011. In 2013 she competed on Food Network Star and made it to the top four. Since being eliminated from the show, she went back to her normal life, but both television appearances have helped increase sales at her restaurant in San Diego, California, where she still works as co-owner and chef.

Season five winner of Food Network Star, Melissa d’Arabian, walked away from her win with a new Food Network show called Ten Dollar Dinners. In 2012 she published her first book, “Ten Dollar Dinners: 140 Recipes and Tips to Elevate Simple, Fresh Meals Any Night of the Week.” She’s become a go-to source for cooking on a budget and even been featured in several magazines like People!

Even though he didn’t win season 11 of Food Network Star, he made it to second place and has since been building up his own brand. Ducote has made several appearances as a consultant and judge on shows like Masterchef, Cutthroat Kitchen, The Kitchen, Burgers, Brew and ‘Que and Deep Fried America. He started a blog and radio show called Bite & Booze which he’s been running since 2009 and is about to open his own restaurant called Gov’t Taco in Baton Rouge, Louisiana.