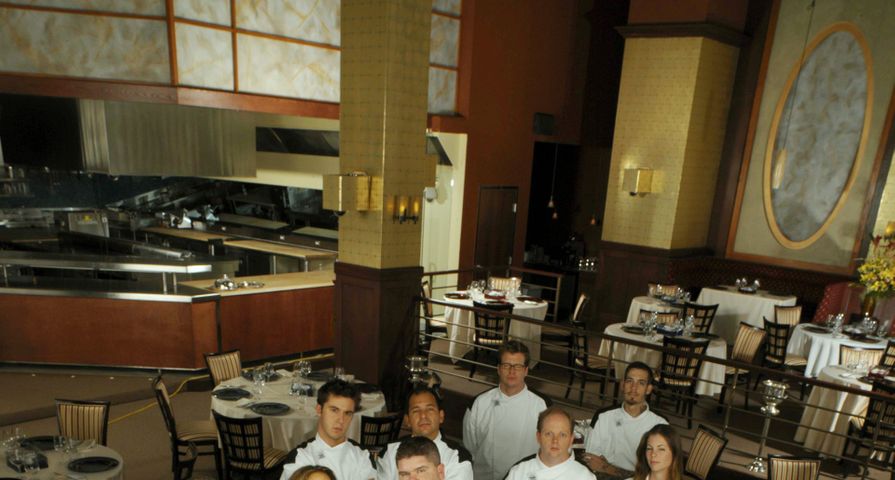 Hell’s kitchen is an American reality TV cooking competition show that has been airing for 17 seasons! Hosted by the abrasive chef, Gordon Ramsay, the show features two teams of chefs competing for the chance to open their own restaurant. Like most reality shows, Hell’s Kitchen does not lack any drama thanks to the intensity of the challenges that the contestants participate in and, of course, Ramsay’s belligerence. It turns out that behind the scenes is just as dramatic as it is on-screen – here are 10 behind the scenes secrets:

Unlike other reality TV shows, Hell’s Kitchen doesn’t seek out camera-ready contestants. Executive producers Arthur Smith and Kent Weed explained that they don’t want contestants on the show who want to be TV stars. “You don’t have to be a model or a personal trainer,” Smith told delish. “Our cast members are line cooks and garde-mangers. They’re in the trenches.” 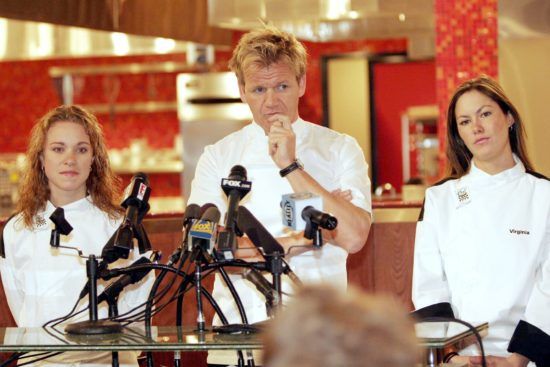 9. Not a Real Restaurant

Hell’s Kitchen isn’t filmed in a restaurant – the kitchen and dining room on the show are actually on a soundstage in Culver City, California. Guests can request seats in the dining room by signing up on the show’s website. “But they make you sign something that says you are not guaranteed to eat anything,” season 6 contestant Robert Hesse warned.

The show isn’t looking for culinary expertise. “We do put [the final casting group through a cooking test with our sous chef to get an idea of their basic skills,” executive producers Arthur Smith told Delish. “One of the things we know from working with Gordon is it isn’t always the most experienced who are the best.” 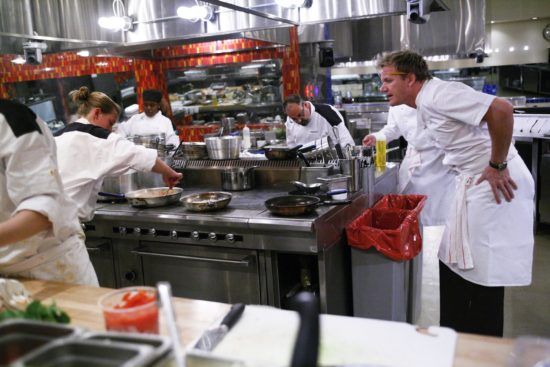 Contestants are strictly prohibited from having computers, personal electronics, and cell phones. “It is just you by yourself in LA in this pit of fire,” season 6 contestant Seth Levin told New York Post. “There was one time that one of us got a hold of a newspaper, and it was like all hell broke loose. They came over and ripped it out of our hand!” 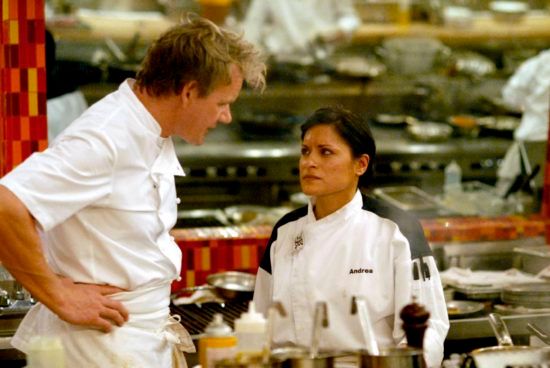 According to season 6 contestant Robert Hesse, during filming, there are absolutely no reshoots. “There are never re-shoots. Filming is continuous,” Hesse told the New York Post. “The producers have a plan of what they want to do – the destinations, the characters. But basically Ramsay is a bees’ nest, and they throw it in a room, shake it up and see who gets stung.” 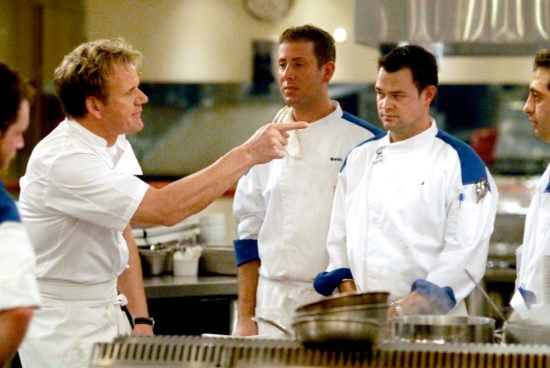 Contestants live in a dorm and share a bedroom with three or four other contestants. Cameras follow contestants everywhere (except when they are using the facilities) and they film around the clock. “The ones you don’t see are behind mirrors,” season 6 contestant Seth Levin explained to the New York Post. “They are directly behind either side of the kitchen.” They are also in the diner. “Each diner is going to be filmed. They also have a ground crew inside the dining room while service is going on that goes table to table and has people asking questions about the food.” 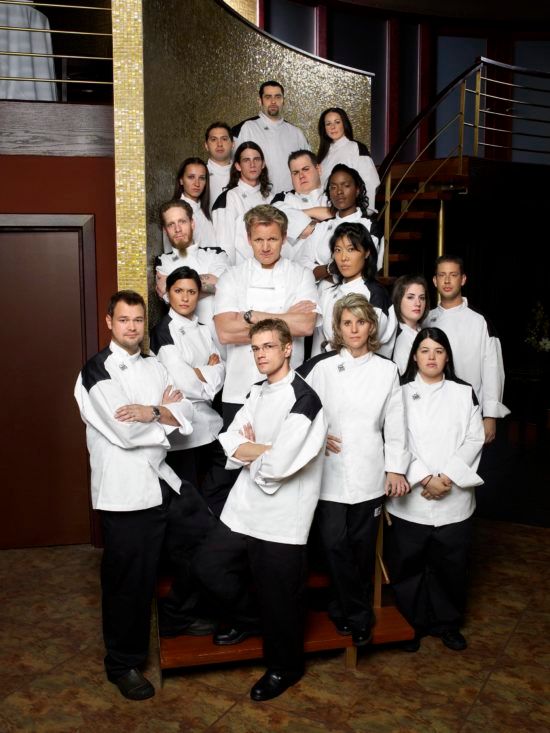 While on the show, contestants don’t get much sleep. In fact, they get anywhere from zero to five hours per night (or six if there isn’t a dinner service). Days start at 7 a.m. and bedtime is after dinner service, which is around 2 a.m. Before contestants go to bed, they have to make sure that the kitchen is cleaned thoroughly. 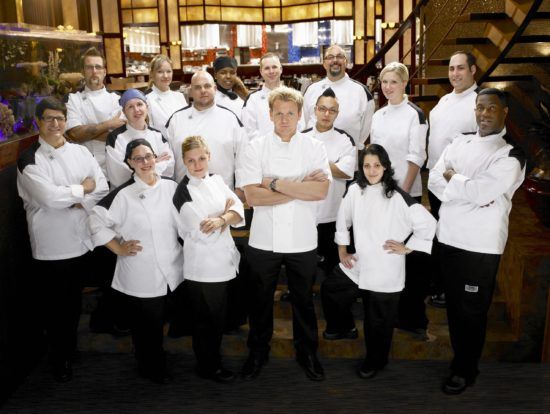 3. Contestants Have to Eat Somewhere Else

The contestants may be working with food, but they need to go elsewhere if they want to eat. “They give you about an hour to run up to your own kitchen in the dorm at night,” season 6 contestant Seth Levin said. “You can throw a sandwich together real quick, eat it and get back down for dinner service.” 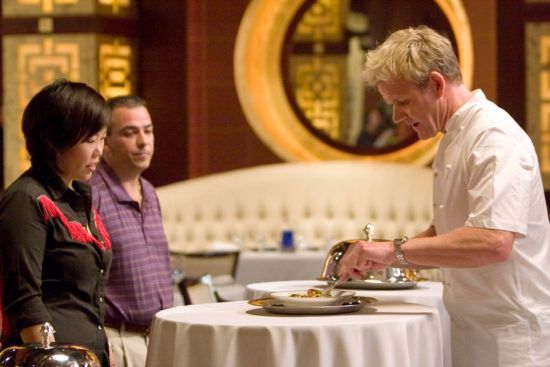 In a 2013 interview, Ramsay admitted that much of the anger that he displays towards the contestants is just part of the show. He does it to force them to give him their all during the competition. Staff and production confirmed that this was true. He’s really a friendly and social guy and the on-camera drama is for the benefit of the audience. 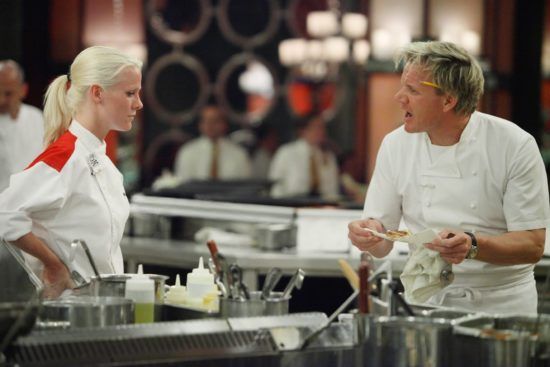 Every contestant who is eliminated is immediately taken for a psychiatric evaluation. An on-set source revealed, “The experience can be quite draining, so [the producers] want to make sure you don’t want to kill yourself – or someone else. After that, they send you to this beautiful house where you can get anything you want: back rubs, nails done, hair cut. It is kind of like decompression before you go back into society.” 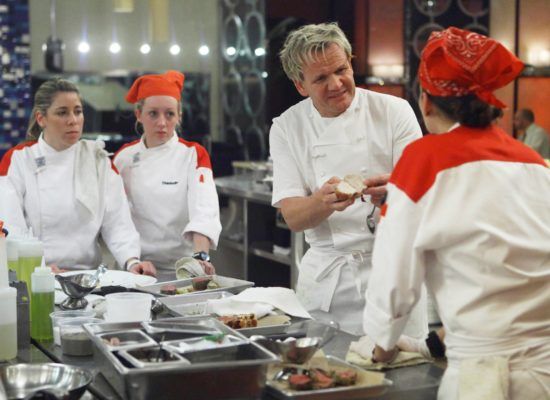 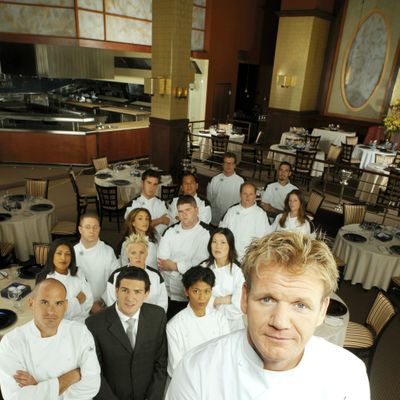