Home » Entertainment » TV » Cast Of Roswell: Where Are They Now?

Cast Of Roswell: Where Are They Now? 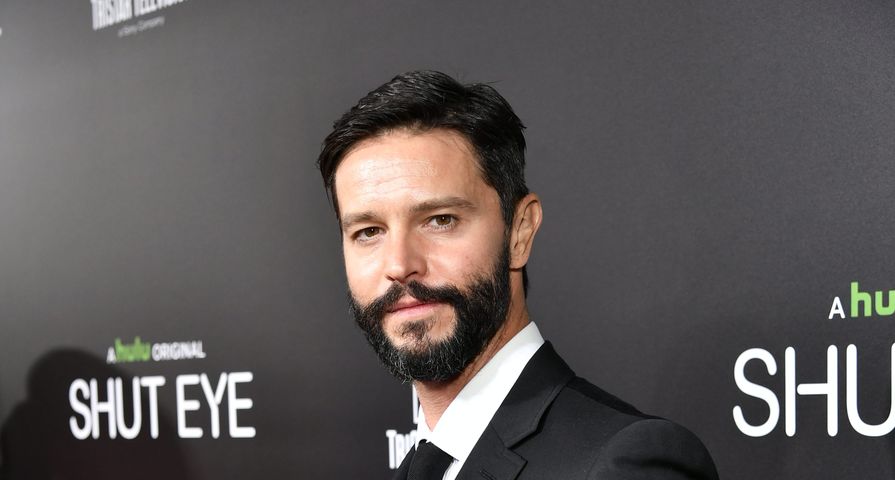 The sci-fi series Roswell was only on the air for three seasons from 1999 to 2002 and, while it didn’t have the greatest ratings and was actually cancelled not once but twice, it did manage to gain a cult fan base. It’s been 15 years since the show was cancelled, so check out what the cast has been doing since:

Adam Rodríguez joined the cast of Roswell for season three and played Isabel’s husband, Jesse Ramirez. Before landing the role, he had a recurring part on Felicity. Since his one season on Roswell, he has gone to star in CSI: Miami and had recurring roles on Ugly Betty, The Goodwin Games, The Night Shift, Jane the Virgin and Empire. He’s also had parts in some high profile movies including Magic Mike, Magic Mike XXL and CHiPs. He currently stars on Criminal Minds as FBI Fugitive Task Force Agent Luke Alvez.

Since her recurring role as Tess Harding on Roswell, Emile de Ravin has been involved in some high-profile television shows. In 2004, she was cast in the hit ABC show Lost. She played Claire Littleton for the first four seasons and appeared in the show’s sixth season. In 2012, she joined the cast of the ABC fantasy drama Once Upon a Time as Belle; however, in 2017, she left the series because it was moving in a “different creative direction.” She’s currently engaged to Eric Bilitch and they welcomed a child together, daughter Vera Audrey, in March 2016.

William Sadler was already an established actor when he landed the role of Sheriff Valenti on Roswell. He had roles in movies like Die Hard 2, Trespass, The Shawshank Redemption and The Green Mile. After Roswell was cancelled, Sadler went back to appearing in movies including Kinsey, Iron Man 3 and WHIH Newsfront, while also appearing in TV shows, such as Traveler, Fringe, Hawaii Five-0, Marvel’s Agents of S.H.I.E.L.D. and Power.

After his starring role on Roswell as Kyle Valenti, Nick Wechsler guest starred in a number of shows including Malcolm in the Middle, North Shore, Cold Case, Crossing Jordan, Terminator: The Sarah Connor Chronicles, It’s Always Sunny in Philadelphia and Chase. From 2011 to 2015, he played Jack Porter on the ABC series Revenge and since then he has had a recurring role on the NBC action series The Player and the fourth season of the NBC drama Chicago P.D.

Colin Hanks has been keeping busy since his days playing Alex Whitman on Roswell. He’s had starring roles in films including Orange County, King Kong, The House Bunny and The Great Buck Howard, as well as the television shows like Band of Brothers, Dexter, Fargo and The Good Guys. He currently has a main cast role on CBS sitcom Life in Pieces. In addition to acting, Hanks has tried his hand at directing. He directed the documentary All Things Must Pass: The Rise and Fall of Tower Records, which was released in 2015. Since 2010, he has been married to New York publicist Samantha Bryant, with whom he shares two daughters, Olivia (born 2011) and Charlotte (born 2013).

Before her role as Maria DeLuca on Roswell, Majandra Delfino had a role on The Tony Danza Show playing Danza’s teenage daughter. Since her role on Roswell, she’s appeared in Boston Public, Quarterlife, Men of a Certain Age, The Office, and in 2014, she had a main cast role in the show Friends with Better Lives. She has already released two albums and will be releasing her third in 2018. She’s currently married to actor David Walton and they have two children together, daughter Cecilia Delphine Walton (born 2012) and son Louis Augustus Walton (born 2013).

This Canadian actor has enjoyed a relatively successful career in television since he landed the Michael Guerin role on Rosewell. He’s had recurring roles on CSI: Miami as Dan Cooper and Bones as Jared Booth, and he’s also had some very minor roles in X-Men: First Class and Guardians of the Galaxy. He is currently playing the closeted doctor, Drew Alister, on the NBC drama The Night Shift. He’s been married to Jennifer Rowley since 2006 and together they share three daughters, James Olivia (born 2008), Ellison Jane (born 2011) and Ondine Carda Kitty (born 2013).

Katherine Heigl is Roswell’s breakout star. She starred in the show as Isabel Evans and was actually dating her on-screen brother Max (played by Jason Behr) at the time. It wasn’t until she landed the role of Izzie Stevens on the primetime medical drama Grey’s Anatomy that her career skyrocketed. She won a Primetime Emmy for Outstanding Supporting Actress in a Drama Series in 2007 and began landing movie roles as well. She had roles in Knocked Up, 27 Dresses, The Ugly Truth, Killers, Life As We Know It and New Year’s Eve. Her once promising career, however, has since lost momentum due to her unprofessionalism and diva-like behavior on set, and also because her movies stopped making money. In recent years, she’s tried to return to TV with State of Affairs and Doubt, but both shows were quickly cancelled.

Since Jason Behr starred in Roswell as Max Evans, his career has been almost non-existent. He had roles in the movies The Grudge, Man of God, Skinwalkers and Senseless and he also had a recurring role on the show Breakout Kings, but as of 2012, he hasn’t been involved in anything entertainment-related. In 2006, he married actress KaDee Strickland, who he met while filming The Grudge, and together they have three children, a son (born in 2013) and twin daughters (born in 2017).

Shiri Appleby rose to fame thanks to her role as Liz Parker on Roswell and after the show ended she went on to have a successful career in acting. She had recurring roles on Six Degrees and Chicago Fire, as well as main cast roles on the final season of ER and The CW drama Life Unexpected. She currently has a leading role on the Lifetime series Unreal, which is about the inner workings of a reality show. The show has garnered strong reviews and Appleby has even directed an episode in the series titled “Casualty.”