Home » Entertainment » Movies » The Cast of She’s All That: Where Are They Now? 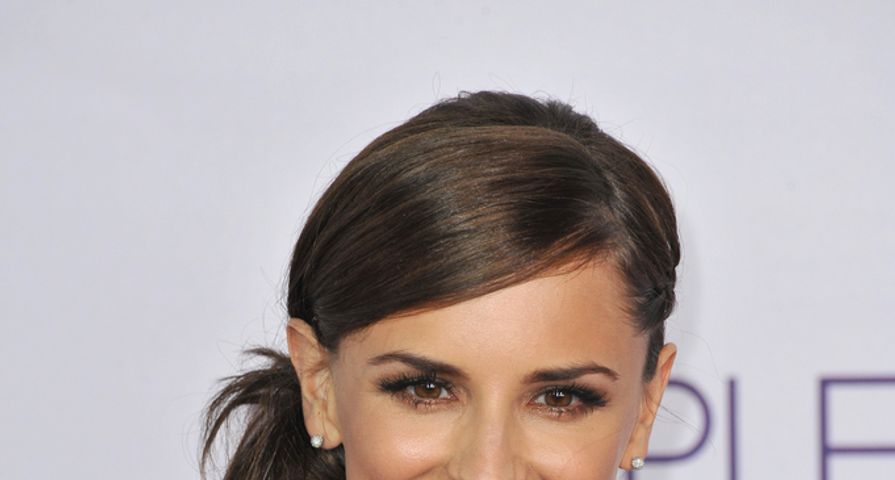 It’s been about 15 years since the teen flick “She’s All That” hit theatres. Even though the film didn’t receive stellar reviews, it was a box office hit. In fact, it ended up becoming one of the most popular teen films of the ‘90s. We haven’t heard too much about the cast in recent years, so we thought that we would check on them and see what they’re up to!

Kieran Culkin is best known for being the younger brother of Macaulay Culkin. He had a small part in “She’s All That” as Laney’s brother Simon. Kieran hasn’t had an especially prolific acting career. In the last few years he has only been in a few films including “Scott Pilgrim vs. the World,” “Margaret,” “Movie 43” and “Quitters.”

Gabrielle Union played the only popular girl who was nice to Laney (Rachael Leigh Cook’s character). Her biggest role since “She’s All That” was in “Bring It On” and since then she has dabbled in television (guest starring on Friends in the early 2000s) and movies. Right now, she is working on the movie “Think Like a Man Too” and she recently got engaged to NBA player Dwayne Wade.

Dull Hill – who played one of the popular kids – wasn’t especially famous before “She’s All That” and he hasn’t been especially famous since. In the last few years, he appeared on Broadway in “Stick Fly” and “After Midnight” and he is currently a member of the Screen Actors Guild Hollywood Board of Directors.

Lil’ Kim was already famous when she landed a role in “She’s All That” as one of the popular kids. Although she did enjoy some success after the film thanks to her albums The Notorious K.I.M. (2000) and La Bella Mafia (2003), she was incarcerated in 2005 for conspiracy and perjury. Since being released, Lil’ Kim has mostly stayed out of the spotlight. She appeared on “Dancing with the Stars” in 2009 and she is currently endorsing Ciroc Vodka and working on her fifth studio album.

Usher – who played the DJ in “She’s All That” – was already famous in the ‘90s thanks to the success of his second album “My Way;” however, after his brief role in “She’s All That,” he has become even more famous. Right now he is working on his eighth studio album and he is currently a coach on “The Voice.”

Anna Paquin had a pretty small role in “She’s All That” as Mac, the younger sister of Zack who was played by Freddie Prinze Jr. Since then, however, she has become a full fledged star thanks to her role in “True Blood.” The Oscar-winning actress is currently married to Stephen Moyer and has twins, Charlie and Poppy.

Jodi Lyn O’Keefe – who played mean-spirited popular girl Taylor Vaughan – has launched her own clothing line Queen George Clothing and her own jewelry line Q. She has also been cast in the TV show “Hit the Floor,” a show about the sexy world of professional basketball and the dancers who make the players and the fans go wild.

After “She’s All That,” Paul Walker enjoyed a successful film career with roles in “The Fast and the Furious” movies. Sadly, Paul Walker died last November in a tragic car accident. He was being driven home from a charity event for his organization Reach Out Worldwide when the car, a Porsche Carrera GT, crashed into a light pole and two trees and then burst into flames. He is survived by his daughter Meadow.

Matthew Lillard was at his peak when “She’s All That” was released. He had been involved in hit films like “Hackers” and “Scream” and he seemed like he was headed for big things; however, since “Scooby Doo” came out in 2002, he has mostly been involved in small films, television and voice acting. The only high profile films he has had parts in are “The Descendants” and “Trouble With the Curve.”

When “She’s All That” came out, Freddy Prinze Jr. was a commercially successful actor with a career on the rise. Since marrying Sarah Michelle and having two children, Prinze Jr.’s career has taken the backseat. He considers himself a full-time dad and a part-time actor. He was most recently seen guest starring on the TV show “Bones.”

Rachael Leigh Cook’s role in “She’s All That” is what gained her recognition in Hollywood. Unfortunately, she hasn’t had been involved in any big hits since. She currently plays the female lead in the crime drama series “Perception” and last year she gave birth to her first child, Charlotte Easton Gillies.