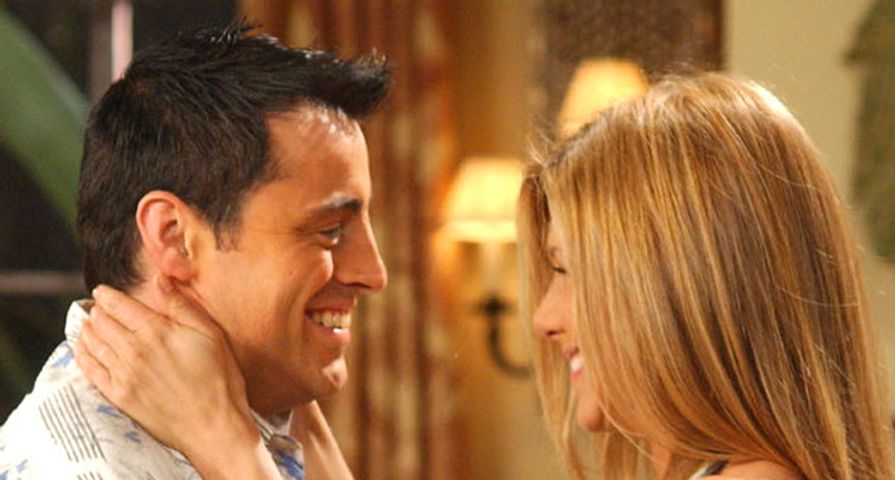 Reese Witherspoon, usually playing super-sweet and instantly loveable roles, came onto the show as Rachel’s bratty little sister who’s used to always getting what she wants. When Rachel tells her she can’t have Ross, that makes the spoiled sibling want to go after her sister’s ex. The set-up is significantly awkward and the lack of chemistry between Ross and Jill made it that much more cringe-worthy to watch.

When Dermot Mulroney appeared on Friends as Rachel’s co-worker Gavin, there was meant to be tension between them seeing that he was apparently out to take over her job despite the fact that she had returned from maternity leave. But beyond the scripted tension, there was a serious lack of chemistry between the two that managed to get in the way when the pair was supposed to connect romantically on-screen.

The fact that there was a significant age gap not to mention maturity gap between Ross and Elizabeth was only one factor that gave the relationship the creepo-factor. It was also the fact that he was supposed to be her professor and she was his student (not cool!) and to top it off, there was no chemistry between the two that could save the icky storyline. Total fail.

The Ross and Elizabeth relationship spawned another pair that should never have been in the show, Rachel and Paul. Played by Bruce Willis, he was the young Elizabeth’s single father, old enough to look down on Ross, but not too old to date Rachel. Regardless of age, the two lacked the chemistry necessary to make it a duo worth watching, even for a few episodes.

Ross tended to completely forget about Mona while the two were dating and perhaps that would have been best considering the two never really had what it took to get things off the ground. A temporary relationship that popped up just as Rachel found out she was pregnant with Ross’s baby, it was all kinds of hard to handle, and that includes the lack of chemistry between Ross and Mona.

Rebecca Romijn hasn’t exactly stunned the world with her acting roles and that includes her appearance on Friends as Ross’s brilliant fellow professor who also happens to be an epically untidy housekeeper. The not-exactly-stellar acting on her part may have led to the lack of chemistry between her and David Schwimmer, but whatever it was, it wasn’t pretty.

When Chandler hooks up with Rachel’s boss Joanna, he decided there was no future between them. Joanna may have thought that they clicked, but Chandler didn’t and neither did the audience. It took a little untangling on Chandler’s part to get free on the show and it was definitely the right move to make.

Ross and Charlie were meant to be well suited for each other as two brainy intellectuals. But the Charlie character, played by Aisha Tyler, never totally gelled with Gellar and their scenes were hit and miss when it came to watch or not.

When Joey gained a hot new roommate in professional dancer Janine Lecroix, played by supermodel Elle Macpherson, he was more than just a little bit excited. Unfortunately, his excitement was the only enthusiastic thing on-screen. The two lacked the kind of chemistry needed to make a believable couple, even in the short term.

Audiences may have been biased against Julie from the start since everyone wanted Ross and Rachel to get together, but that didn’t change the fact that Julie and Ross never quite had what it took to make an authentic match. They were sweet, they were a place-holder, but they didn’t have any sort of chemistry beyond two people who maybe sorta know each other and have a few things in common.

Joey and Rachel…no, no, NO! It never worked. It never could have and it never would have. The two were fine together on-screen as friends and even roommates, but the minute the two attempted a relationship, the scripts went way off mark. It was never meant to be, in any way, chemistry included.