12 Stars Who Were Almost Cast As The Leads On “Friends” 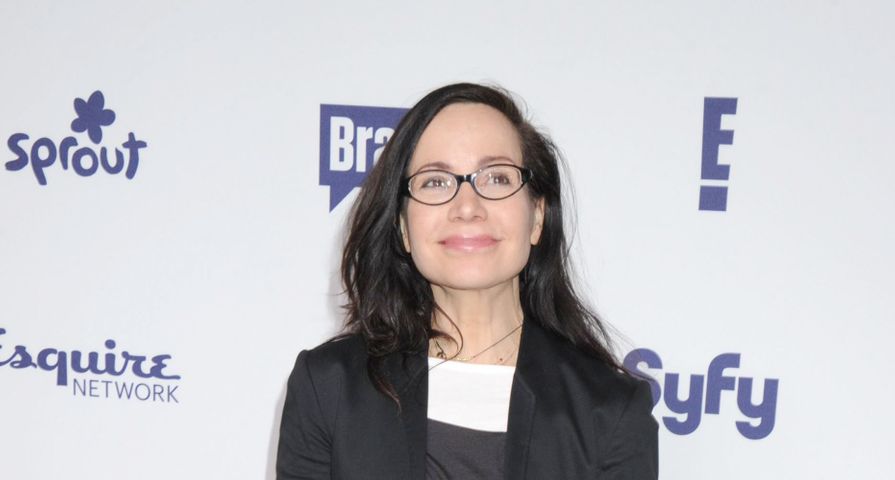 It may be difficult for fans to imagine anyone else playing the parts of their favorite characters, but when casting, directors are first trying to match the role with the perfect actor, they have a clean slate to work with. There may be specific aspects they’re looking for – from physical traits to personality traits to that certain something – but they don’t have the ingrained image in their minds that audiences have after a decade’s worth of laughs. But before Jennifer Aniston, David Schwimmer and the rest of the now iconic cast, there were plenty of other actors up for the prime parts. Check out these 12 stars who auditioned for – or were offered and turned down roles on – Friends. In the end, do you think the right choices were made or can you imagine any of these stars as one of the gang?

Lisa Kudrow played Phoebe Buffay to perfection. The lovable quirky character kept the laughs coming throughout the years and managed to touch the hearts of fans on more than just a few occasions. It’s almost impossible to imagine anyone else trying to tackle the role, but what about Ellen DeGeneres? That’s right, Ellen, who has gone on to host her own super successful talk show, was in fact the producer’s first choice to play Phoebe, but DeGeneres ended up turning the role down. There’s no doubt that Ellen would have brought the quirky humor to the part, but would she have been able to capture the true Phoebe-esque essence? Not so sure about that.

Jennifer Aniston became one of the most popular women in Hollywood when Friends hit its peak, so it’s hard to imagine anyone turning down the opportunity to be involved in what turned out to be one of the most beloved programs of its time. But Tea Leoni did just that when she was offered the role of Rachel Green. Tea was the show’s creators’ first choice, but she decided to go instead with a part on a program called The Naked Truth. Epic mistake as it was canceled after three comparatively forgettable seasons.

When it came time to cast Chandler Bing the show’s big-wigs knew exactly who they wanted for the part. Matthew Perry? Nope! Jon Favreau. Unfortunately for them he wasn’t interested at the time and turned them down. It didn’t end up being a devastating choice for Jon as he has gone on to wild success as both an actor and director. And if he felt any pangs of regret for not taking the job, fans of the show will remember that Favreau eventually did appear on Friends as Monica’s super rich cage-fighting boyfriend.

Hank Azaria may be able to play an endless cast of characters on The Simpsons (Moe, Police Chief Wiggum, Apu, Comic Book Guy, Carl, Cletus, Professor Frink, Dr. Nick Riviera, Lou, Snake, Kirk Van Houten, the Sea Captain, Superintendent Chalmers, Disco Stu, Duffman…and the list just keeps going), but that still doesn’t mean that he was able to nail a part on Friends. Despite his best efforts – which apparently included auditioning multiple times – he still couldn’t convince the show’s producers to give him the role of Joey and instead the part, as we all know, went to Matt LeBlanc instead.

When the casting directors were coming up with ideas for actors who could play the wild and wacky Phoebe Buffay, it’s no wonder they added Kathy Griffin to the list. The loud and brash comedian certainly would have brought a certain something unique to the role, but it’s hard to imagine week after week of her portraying the beloved Phoebe for years on end.

Jon Cryer found his own success as the bumbling, loser-ish brother on Two and a Half Men so he can’t be too disappointed that he wasn’t picked up for a role on Friends. He wanted a part (specifically the part of Chandler) on the soon-to-be-hit show, though, but lost his chance when his audition tape showed up too late. “I was doing a play in London and got a call at 3 a.m. saying ‘We’ve got this show called Six of One, and we’d really like you to audition for it. So they faxed me the script, and I said, ‘Sure, I’d love to go in on this.’ I went in and read with a British casting person; they took the tape and said they’d get it to L.A. So I went home, and a few days later was told the tape didn’t get there in time for the network executives to see.” Six of One, if you didn’t know, was one of the names originally considered for Friends and neither it nor Cryer ended up working, but that suited everyone in the long run.

In a casting option that sort of makes sense, Eric McCormack was considered for the role of Ross Gellar. McCormack apparently auditioned two or three times for the part, which means he was more than just a flippant consideration. You have to wonder how close he got to nabbing the role. You also have to wonder what would have happened to Will & Grace had he not been available to take on the lead character.

Rachel Green was not exactly a wild child so it’s a little hard to imagine the role being played by the same woman who brought audiences the epic performance in Showgirls. Granted, Elizabeth Berkley did also play the straight-laced Jessie Spano on Saved By The Bell when she was young and that might suggest Rachel-esque potential and it might be why she was brought in to audition for the role. But fans can definitely agree that Jennifer Aniston was probably the better choice in the end.

Jane Lynch, who has played such awesome roles as Sue Sylvester on Glee and store manager Paula in The 40 Year Old Virgin, also tried out for a role on Friends. Can you imagine the hilarious Jane as the equally funny Phoebe Buffay? She may have brought an entirely different take on the character to the show, but it’s hard not to want to see the audition tapes that might have come out of this.

Leah Remini followed a similar road as Eric McCormack and Jon Cryer when she failed to get picked up for a part on Friends, but still went on to find success on another popular show. Starring as Kevin James’ formidable wife on The King Of Queens, Remini had originally auditioned for the part of Monica Gellar. She didn’t totally miss out on her Friends’ experience though as she was another actor who auditioned for the show and didn’t make it, but appeared later on as another character. Fans will remember her from the “The One with the Birth” where Joey helped coach a laboring lady deliver her baby on the same day that Ross welcome his own little Ben into the world.

If you can’t imagine Leah Remini as Monica Gellar, then how about Janeane Garofalo? The actress who famously captured audiences’ hearts as the ’70’s loving Vickie in Reality Bites and has starred in countless other comedic roles tried out for the part of Monica, but instead landed a part on Saturday Night Live for the 1994 to 1995 season. Her role there didn’t quite work out either (she described her time on SNL as “the most miserable experience of my life”) but that hasn’t stopped her from continuing her laugh-filled bit-parts and stand-up stints.

You may be wondering why Courteney Cox is on the list when she landed a part on the show that would eventually make her a superstar. But were you aware that Courteney Cox was originally asked to audition for the part of Rachel? It was the actor herself who thought she’d be suit the role of Monica and asked to audition for the uptight clean-freak part that she liked better.