12 Of ‘Friends’ Most Memorable Guest Stars 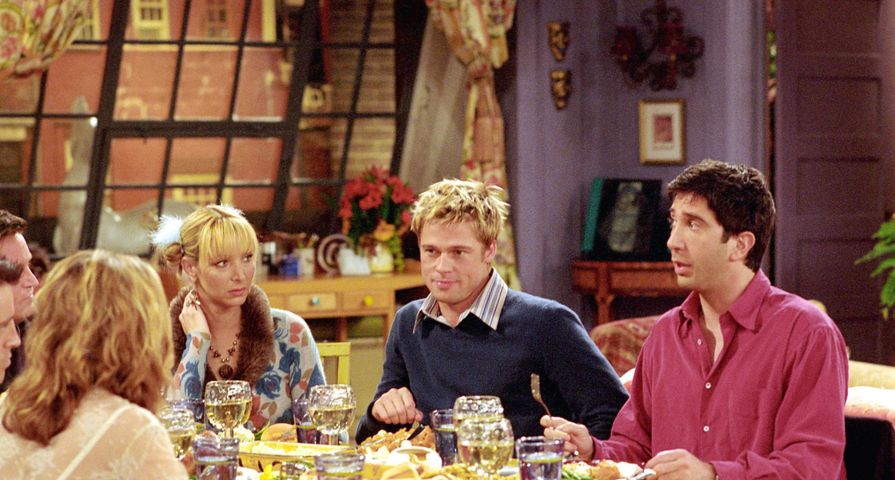 When a show becomes a certain level of popular, it no longer needs to lure big names to appear on-screen as guest stars. As soon as a show can help the stars shine brighter, they’ll show up in droves. Friends experienced this kind of bonus cast-bumping privilege not long after launching and the stars kept coming right up until the series ended. Excluding Paul Rudd as Mike Hannigan and Tom Selleck as the older Monica-dating Richard (their characters were on the show for more than just a few episodes, so were more than just bit-part guest stars), there were a slew of famous actors who took their turn appearing on the show. Frankly, there are too many to mention and no doubt everyone has their own favorites, but you’ll have to agree that these were some of the most fun. Here are 12 of Friends’ most memorable guest stars.

12. Christina Applegate as Amy Green (Episodes in Seasons 9 and 10)

In an appearance that ended up with Christina Applegate winning an Emmy for Outstanding Guest Actress in a Comedy, Rachel’s sister Amy Green was certainly a piece of work. Not hugely into being an aunt and having no clue what to do, she tries to bond with her little niece “Ella”….um, Emma and after Rachel lets her babysit, the little one comes back with her ears pierced and her parents react in the only way you can imagine, i.e. they completely and utterly freak out. But Amy had her reasons, reassuring the parents with, “Doesn’t it make her nose look smaller?!” SMH!

Christina Applegate as the outrageous Amy wasn’t the only Green sister to make an appearance on the show. Unfortunately for Rachel – but fortunately for fans of the show – she had two sisters who dropped in on their New York-livin’ sibling. Played by Reese Witherspoon, little sister Jill Green was just as outrageous as Amy, but where the older sister tried to bond with baby Emma, Jill tried her best to bond with Ross in a very different way. When Rachel tells her spoiled sister that she can’t have her ex, Jill decides that that is just what she wants and attempts to seduce Ross in an awkward and hilarious scene that sports signature Friends humor through and through.

When Rachel and Monica plan a classy tea party bachelorette party for Phoebe, it’s a lovely afternoon of ladies and crumpets. It’s also incredibly disappointing for Phoebe when she learns that no strippers have been booked for this once-in-a-lifetime debauchery-indulging day. Scrambling to fulfill their friend’s request and fix their faux pas, Rachel and Monica manage to track down a stripper who’s free and willing to entertain the waiting women. When Danny Devito shows up, all 5 feet of him, the performance is cringe-inducing and Phoebe’s reaction makes their stripping performer cry. Only Danny Devito could have pulled this (and his clothes) off in such a hilarious way.

When Winona Ryder shows up as Rachel’s former sorority sister Melissa, Rachel admits to the gang that this is the girl she kissed back in the day. Her one wild, crazy moment of youthful experimentation, it ends up being brought up during a reuniting dinner. But when Melissa denies the encounter, Rachel is not too happy and Phoebe, in attendance and doubtful that her tight-laced friend would have ever kissed another woman, has her suspicions confirmed. When Rachel refuses to drop the issue, Melissa finally admits that yup, it happened, and it meant more to her than Rachel could have imagined. Not quite what fans might have been expecting from Winona, but a hilarious twist that she pulled off.

Sean Penn appeared in two episodes of Friends when he was introduced as Phoebe’s twin sister Ursula’s boyfriend. It turns out the evil twin has been lying to her guy and he leaves one Buffay sister for another when he starts dating Phoebe. Things don’t go quite as planned and Sean Penn plays the awkward creepy guy situation perfectly.

In an effort to earn some extra cash, Phoebe finds herself a job as telemarketer and her first day doesn’t go as smoothly as expected. In fact, her very first call ends up to being to suicidal Earl played by Jason Alexander who is famous for playing loser George Costanza on Seinfeld. Unwilling to let him go without a fight, Phoebe shows up in person to rescue Earl and her efforts are both noble and super funny as is his reaction to each.

Working with a veteran actor is always an exciting opportunity and it must have been just that for both Matt Leblanc and his character Joey when they both got the opportunity to play opposite of Gary Oldman as Richard Crosby. With Joey on a time-crunch to finish his work on his current film so that he can make it to – and officiate – Monica and Chandler’s wedding, he’s horrified to find out that the other actor is drunk, drunk, drunk. With both a booze-fueled mess and scene-spitting techniques while portraying WW1 soldiers on the battlefield, Gary Oldman definitely made a memorable guest star.

One of the most memorable guest stars to ever appear on Friends was also one of the first. Way back in the first season, Rachel discovers the perils of not having proper health insurance and attempting to scam the system by using Monica’s name and coverage at the hospital. Things gets more than just a little complicated when the two friends end up dating the two hunky doctors they meet who happened to be played by George Clooney along with his ER co-star Noah Wiley.

Another big name guest star that appeared early on in the series was Julia Roberts portraying Chandler’s former childhood schoolmate Susie Moss. Running into each other on a movie set where she’s working, the two go on a date that ends up disastrous for Chandler when it turns out that Susie “Underpants” just wants revenge for the years of juvenile torment she endured because of a long-ago prank pulled by the funny friend. Leaving Chandler pants-less and in ladies underwear in the men’s restroom of a busy restaurant, she indeed gets her underpants revenge.

When Ross started dating his young student Elizabeth, her none-to-pleased father shows up to check out the situation. The rough situation for Ross ended up being awesome for audiences when it turned out that daddy-dearest was being played by Bruce Willis. Things only became more complicated – and funnier – when he and Rachel got involved and a weeping Bruce showed his vulnerable side in a blubbering mess.

The audience’s excitement about Alec Baldwin appearing on the show as Parker could only be outdone by the character himself. Super enthused about absolutely everything, Parker is a little much to take for the group of friends but, despite this, Phoebe does her best to keep up with the uber-optimistic man, that is, until even she can’t take his overly cheery, never-ending positivity.

Hands down the ultimate all-time most memorable guest star that ever appeared on Friends throughout its long and successful run would be Brad Pitt. At the time he was the husband of Jennifer Anniston, and his character felt enduring rage towards Rachel left-over from their high-school years when she was popular and he was…not. The episode is fun and super funny and is all that much more interesting to watch now after everything that has happened between the pair (divorces, new relationships, marriages, kids, and all that Hollywood jazz).