12 Celebrities Who Should Have Guest-Starred On “Friends” 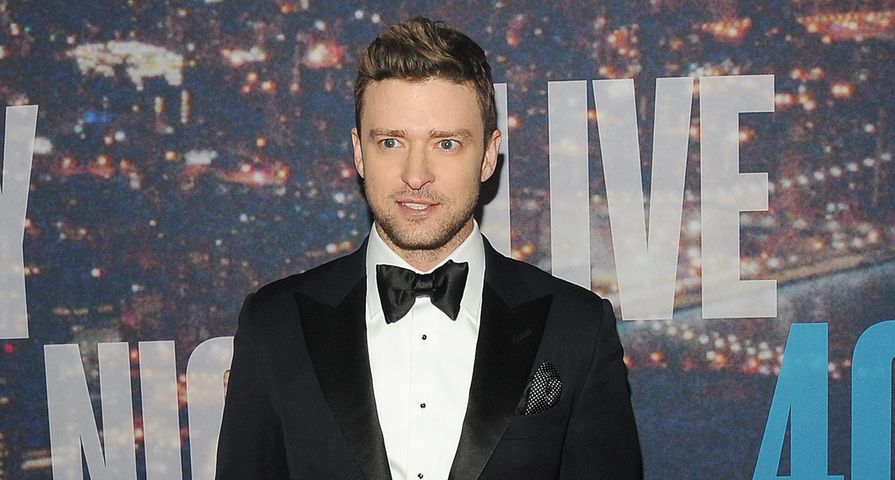 One of the things that made Friends such as successful show was not only the main cast of characters, but also the regular appearance of A-list, top-notch guest-stars. From the infamous episode featuring a then-married-to-Jennifer-Aniston Brad Pitt to early guest-stars like George Clooney and later ones like Christina Applegate, fans could get a kick out of who would be dropping by the Friend’s apartment in almost every episode. But that doesn’t mean that there still weren’t some stars who were missed or overlooked. Here are 12 celebrities who should have guest-starred on Friends.

Everyone loves Drew Barrymore and it’s hard to imagine the Friends not being just as smitten with her if she had guest-starred on the long-running show. As an actress who has tackled both comedy and drama, she easily could have fit in anywhere on the show. She would have made an adorable love interest for any of the guy friends and a perfect gal pal for any of the three lady friends – or, she could have been a love interest for one of the gals, too to be perfectly honest. Her quirky humor and superstar acting style would have fit right in on the set of Friends.

Cameron Diaz is another actress whose quirky humor would have fit right in on Friends. Perhaps someone who could face-off against Chandler’s sarcastic snips or a trendy co-worker for Rachel at Ralph Lauren? She could have been a chef cooking alongside Monica or another long-lost relation of Phoebe’s. There are plenty of ways that she could have been written into the script for a short stint, it’s just too bad it never happened.

Alyssa Milano made her mark on TV as one of the three spell casting sisters on Charmed around the same time Friends was ruling the small screen, but that doesn’t mean she couldn’t have hopped over from her San Francisco based program and made an appearance on the New York based show. A perfect choice for one of Joey’s family members, Alyssa Milano would have made an amazing Tribbiani.

Jennifer Love Hewitt has spent her share of screen time acting in movies and on television shows alike. From Party of Five and Heartbreakers to Ghost Whisperer and most recently a stint on Criminal Minds, ‘Love’ likes to mix it up when she picks her roles. She could have seamlessly fit in on Friends as a love-interest, new neighbor, creepy or cutesy co-worker, or something that only the spot-on hit writers of Friends could have come up with.

Way back in the day, Jennifer Love Hewitt appeared on Party of Five alongside cutie Scott Wolf and just as Jennifer would have made an awesome guest star on Friends, Scott could have also been a great choice for a bit spot. Remember those dimples? Yup? Yup!

Sarah Michelle Gellar spent much of her on-screen time kicking demon butt on Buffy The Vampire Slayer. Her husband, Freddie Prinze Jr. made an appearance on Friends as the super-sensitive male nanny to Ross and Rachel’s little Emma. But despite this, Sarah Michelle Gellar never took a turn on the Friends’ stage herself. How she wasn’t cast as one of Rachel’s sisters or even a Green cousin, we’ll never know.

Jim Carrey may not be a name that immediately comes to mind when one thinks of a show like Friends, but in the ’90s and early 2000s, which was when Friends ruled the television, Jim Carrey was also at the top of his game. Nailing pretty much everything he did at the time, he would have been an overwhelmingly funny addition to the show’s comedic cast. The writers would have had free reign and could have gone wild coming up with a character that would suit – and take full advantage of Jim Carrey’s all-out acting style – for someone who’s willing to do anything and everything for a laugh.

Claire Danes has tackled film and television roles, finding success in both from the time she first came on the scene in the beloved teen-angst drama My So Called Life. She’s not one known for doing guest appearances but if she was, Friends would have been a great choice to flex her temporary bit-spot guest-role acting muscles. But what would she have played? Someone in the restaurant biz with Monica or fashion world with Rachel? A gal pal for Joey? A snarky equal to Chandler? A flaky masseuse working alongside Phoebe? A fellow science lover like Ross?

Before Mario Lopez could be seen on The X Factor or even The Bold and The Beautiful, he was known as A.C. Slater on the hit Saturday morning teen series Saved By The Bell. The original series ran from 1989 to 1993 and from there Mario spent a year on the not-so-popular Saved By The Bell: The College Years that only last until 1994. That happened to also be the year that Friends first hit the screens and fans quickly fell in love with the new group of buddies. The timing was perfect for Mario to appear as a guest star on the new show … but it didn’t happen.

One of the criticisms Friends received over the years was its distinct lack of diversity. *tsk tsk tsk* It’s hard to imagine why that would have been when there were so many talented actors of all races making their mark in Hollywood during the show’s run. Tyra Banks was a model, an actor, then a Top Model and if she had wanted to get another role in there, a stint on Friends would have been a perfect pick. She could have made a perfect love-interest or gal-pal or almost anything else the creators of Friends had wanted and there’s no doubt that fans would have been pleased.

There was a time when Justin Timberlake was solely making his name on stage and wasn’t yet seen through a screen unless one was watching a music video. Nowadays, he’s known for his acting as well as his music and a great way to dip his toe into new waters would have been to take a guest starring role on a show like Friends. With his legions of fans and likeable reputation in the biz, there’s no doubt it would have been a treat for the actors and viewers both.

You might be shocked at Fran Drescher being included on this list, but have some faith. Fran Drescher found stardom as the nasal-talking lovable caretaker on The Nanny. She was just as well known for her distinctive talking tone as she was for her wildly awesome style and, of course, her acting as well. So why would she have been a choice to appear on Friends in a guest starring role? Who could she have played? Three words to give you a hint: “OH … MY … GAWD!” She would have been perfect (amazing! incredible! sooooo good!) as Janice’s sister and if you disagree, you’re wrong.