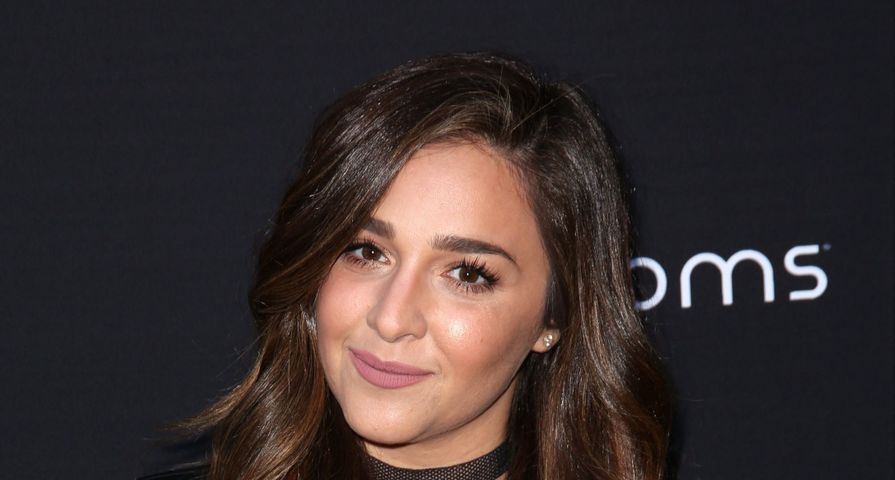 A lot of former child stars don’t get the ridiculous coverage that other stars do. Once they kind of move on from their child star status, they hang in this kind of limbo. The press isn’t interested and fans start to lose interest too. Because of this, many of them go off, get married and start families and most of us are totally unaware! This is what happened with these 15 former child stars. They went off and got married and not everyone knows about it!

Rider Strong – who is most famous for his role in Boy Meets World – is married to actress Alexandra Barreto. They met while filming the television series Pepper Dennis back in 2006. They became engaged in December 2012 and were married on October 20, 2013, at a summer camp in Oregon. They have one child together, Indigo “Indy” Barreto Strong, who was born in December 2014. The couple managed to keep their pregnancy completely under wraps, so no one was even aware that they were expecting until after the fact!

Home Improvement star Zachery Ty Bryan has been married to Carly Matros, a classmate of his from La Canada Junior High School, since 2007! Together, they have twin daughters, Gemma and Taylor, who were born in 2014, and another daughter, Jordana, who was born in 2016. He and Carly met back in the fifth grade and started dating as adults and got engaged back in 2005.

Christina Ricci – who is famous for her roles in Mermaids, The Addams Family, Addams Family Values, Now and Then, and Casper – married her co-star from the ill-fated show Pan Am, James Heerdegen, back in 2013. Together, they have one son named Freddie, who was born in August 2014. According to her, getting married and having a child totally changed her. “I didn’t realize how much growing up I had to do and how much better I could be,” she told People. “And my marriage and my kid have really made me better.”

3rd Rock from the Sun star Joseph Gordon-Levitt secretly married his wife Tasha McCauley, who is a scientist, back in 2015. It was a week after their wedding that People Magazine caught wind of it! These two have continued to be secretive about their personal lives. Media outlets didn’t find out that they had their first child, a son in 2015, until after the fact, and when the couple welcomed their second child, news only surfaced after they were spotted in a park in Los Angeles with a newborn baby.

Punky Brewster star Soleil Moon Frye has been married to television producer Jason Goldberg since 1998! Together they have four children, each with a really unique name! They have two daughters, Poet (born 2005) and Jagger (born 2008), and two sons, Lyric (2014) and Story (2016). The couple is still going strong after 20 years together, but they make sure to stay out of the news.

Corey Feldman – who is most famous for his roles in ‘80s flicks like Gremlins, The Goonies, and Stand by Me — has been married more than once. He was married to Beverly Hills, 90210 actress Vanessa Marcil from 1989 to 1993 and Susie Sprague from 2002 until 2014, but they separated in 2009. He’s currently married to Courtney Anne Mitchell. They wed in 2016 in Las Vegas.

Former ‘80s child star Fred Savage married his childhood friend Jennifer Stone in 2004. They had fallen out of touch after Savage left their small town outside Chicago to star in The Wonder Years but had reconnected at his 22nd birthday party eleven years after he had moved to L.A. and began dating. Today, they have three children together, a son named Oliver who was born in 2006, a daughter Lily who was born in 2008, and a second son named Auggie who was born in 2012.

Danica McKellar – who rose to fame as Winnie Cooper on The Wonder Years – has been married not once but twice! In 2009, she married composer Mike Verta. Together they had one child together, a son named Draco; however, the marriage did not last and she filed for divorce from him in 2012. In November 2014, she got married for a second time – this time to Scott Sveslosky, a partner in the Los Angeles legal firm Sheppard Mullin Richter and Hampton. They’re still happily married.

Alexa Vega made a name for herself thanks to her role in the Spy Kids film series, but one thing that people might be surprised to learn about the former child star is that she’s been married twice! She was first married in 2010 to film producer Sean Covel, but the union lasted less than two years. In 2014, she married former Nickelodeon star Carlos Pena Jr. and the two have one son together.

Former Nickelodeon star Josh Peck is a recently married man. He married his longtime girlfriend Paige O’Brien this past June in a ceremony in Malibu, California. He looked all grown up in his tux, plus he had a good sense of humor about his look. “What do you guys think of this look? Getting ready for a big night coming up, plus I’ll be able to wear this when I eventually become a waiter,” he wrote on Instagram.

High School Musical star Ashley Tisdale married her longtime boyfriend Christopher French in a secret ceremony on Monday, September 8, 2014 just outside Santa Barbara, California. According to her, she decided to get married on a Monday so that no one would figure out that they were tying the knot. “Also, I figured it was a good idea, because I figured out like, ‘Oh, I don’t think anybody would figure this one out,’ and that was to protect the privacy of it,” she told Ryan Seacrest.

Tamara Mowry-Housely and Tia Mowry-Hardict first skyrocketed to fame during the ‘90s when they co-starred on their own hit show Sister, Sister. Since their days as child stars, both have gotten married. Tamera married Fox News Correspondent Adam Housley in May 2012 after dating for six years. Together, they have two children, a son named Aden John Tanner Housley and a daughter, Ariah Talea Housley. Tia is also married. She married her longtime boyfriend Cory Hardrict. They became engaged on Christmas 2006 after dating for six years and were married on April 20, 2008. They have one child together, a son Cree Taylor Hardrict.

Mary-Kate Olsen has come a long way since her days playing Michelle Tanner on Full House. She now looks totally different and she lives a rather eccentric lifestyle. In 2015, she married French billionaire Olivier Sarkozy on Black Friday in a small ceremony where guests had access to free cigarettes, but could not bring their phones. Two years later and the two are still going strong!

Wizards of Waverly star David Henry married his longtime love, Maria Cahill, in an Old Hollywood–inspired wedding in April 2017. He shared the news in an Instagram post, which read, “I always debated keeping my personal life private or public, but you guys have meant so much to me over the years, I just have to share my JOY 🙂 #marriage is beautiful. I can not wait.”

Alisan Porter’s big breakthrough came in 1991 in the movie Curly Sue, which she starred in alongside Jim Belushi. Since March 2010, she’s been married to Brian Autenrieth, another former child actor, and together they have two children, Mason and Aria Sage. Porter’s a really low-key former star. It wasn’t until September 2014 that fans learned that she struggled with drug and alcohol issues and had only been sober since October 28, 2007.