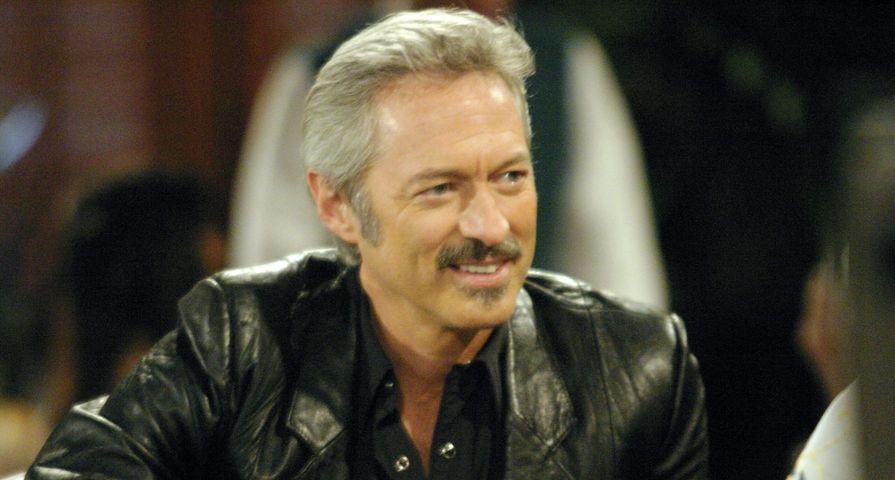 Good versus evil is a compelling story that is told time and time again within movies, primetime television, and of course daytime drama! In fact, villains battling heroes is an over-arching theme for soap operas in general. As fans of soaps, we sure do love the good guys, but they would be nothing without the bad guys they rival. As such, below is list of eleven popular soap opera villains ranked:

Victor is certainly a character Y&R fans love to hate, yet they respect him too, all in the same breath! Sure, he’s done some pretty terrible things over the years, but understanding where he’s come from and his past has made him multi-faceted. He’s got a controlling streak that’s for sure, but his tenderness towards his grandchildren and his overall love for his family has him hitting the mid-point of this villains’ list. Victor can be a bad guy, but he’s done some good over the years too.

Amber Moore first appeared on the B&B as Rick and Hope’s babysitter. Hired by Brooke, she quickly took advantage of her situation and seduced Rick. During her nearly 15 years in LA, Amber stole and sold Brooke’s diamond tennis bracelet, pretended her cousin’s baby was her own after she miscarried, and conned Liam into thinking she was pregnant with his child. She also blackmailed Bill, stole designs from Forrester, and bought drugs off the internet for Hope.

Is Gabi all that bad? Her terrible ways do tend to focus primarily on Chad and Abigail; however, the things she did to this couple (and continues to do) is almost unforgivable. From making Abby believe she’d gone insane (again) to trying to steal Chad (and take control of his family company from him) to having them both believe their daughter was Stefan’s bio child was completely over the top, she did it all in the name of revenge! Don’t cross this Salem bad girl … ever!

As the son of Cesar Faison, Peter belongs on this list. The sad thing about Peter is that he could actually be a decent person, but his past (and the need to cover up that) causes him to dig himself into a deeper villain hole in Port Charles. Will he ever get his act together?

Do you love Phyllis … or do you love to hate her? She’s a dynamic and complex character that truly extends the boundaries of “heroine” and “villainess.” Some fans see Phyllis’ actions as just, and others view her as a schemer. She was a lot worse in her younger years; however, she still comes up with a plot or two these days that has many fans raising their eyebrows.

Reese pretended to be a reputable doctor. He was Forrester model Zoe’s father, so just after he arrived in LA from London, he was introduced to almost everyone in town right away. But he had racked up $200,000 in gambling debts and thugs were threatening his daughter. So, when a very pregnant Hope showed up at this Catalina Island clinic with labor pains one stormy night, this scoundrel took advantage of the situation. He switched Hope’s daughter with a stillborn baby and then sold the child to Steffy.

Eve’s never played nice, but over the years, she’s bumped up her villainess ways up a notch. Bringing Jack back to the land of the living, only to turn him against Jennifer (and use him for her own gain) was pretty terrible; however, brainwashing Ben to get back and him and ax Ciara was horrendous. Will Eve ever move past her scheming ways?

Valentin started off his reign of terror by holding some of the residents of Port Charles hostage. Shortly after, he *tried* to ax nephew Nikolas; however, that ended up being a massive fail. Then there’s the baby he had with Lulu that he kept secret from her and fought tooth and nail to keep away from her. Still, GH has shown a softer side to Valentin, and some fans do find their hearts melting whenever he’s dealt with Charlotte.

Wreaking havoc in the early 2000s, Isabella did all she could to ruin the magic between Christine and Paul. She not only managed to get him to marry her, but she also had his child! She was handier than that as time wore on, and Isabella even tried to convince the world she had passed on and Blair was behind it all! Thankfully, Paul was able to figure it all out, and save Christine’s life in the process, too.

Quinn is one of those villains who takes delight in her actions and has no regrets. Since she arrived in LA in 2013, Quinn has pushed Ivy into the Seine River, threatened Liam with a sword, kidnapped Liam, possibly killed Mexican jeweler Ricardo Montemayor, pushed her ex-husband Deacon off a cliff, and spiked Brooke’s orange juice with vodka. Most recently, she coached her bestie Shauna to send a text from Ridge’s phone to Carter to file his divorce papers from Brooke, so Shauna could marry him. Deacon, a former villain in his own right, had Quinn pegged perfectly. “You are evil and manipulative and you’re going to wind up in a padded cell,” he told her shortly after he discovered she’d kidnapped Liam.

Deimos was a controlling, manipulative man, who had no problem holding people hostage or even ordering hits on to make sure he got what he wanted. It’s no wonder why Chloe Lane fought desperately to keep Holly away from this guy — he was pure evil.

It doesn’t get any more evil than a cult leader that tries to manipulate his followers out of money, and in some cases, into his bed. Shiloh was a slimeball on all accounts, and while most fans hated the very sight of him, many will agree it felt like his reign of terror was cut way too short. Yes, he was awful, but was so interesting to watch on daytime television!

Cult leader, baby stealer, kidnapper, hostage taker, and blackmailer — these are just some of the bad things Y&R villain Ian Ward has done over the years. To boot, he raised Mariah Copeland as his daughter and then ended up giving her drugs to wed her against her will, which is terrible in itself (and gross too). Is there anything this man won’t do?

Morgan was the definition of a femme fatale. A former model who dated Ridge, she was obsessed with her ex-boyfriend from the moment she arrived back in LA in 2000. During her tenure on B&B, Morgan tried to kill Clarke with a python and kidnapped Steffy and let Ridge and Taylor think she’d passed away. Then she held Taylor hostage when the doctor discovered her daughter alive and well in Morgan’s house. She also tried to drown Stephanie in a bathtub, hired someone to impersonate Brooke, and plotted to get herself pregnant by Ridge.

Orpheus has a long and rich history in Salem, stemming back to the late 1980s, and while gaining revenge on Marlena and John has always been his main focus, most recently he’s tortured other Salem residents from Rafe to Maggie, Jordan, and many others. In the typical style for villains in daytime drama, the guy has nine lives, so Salem shouldn’t feel too safe if he’s not in the picture; it’s only a matter of time before he’ll pop up again.

She’s beautiful, charming, and smart, which makes her one of the greatest villainesses in recent history. While she’s tortured many in her path, her ultimate goal has always been to bring down Carly Corinthos. Whether she’s playing mind games with Michael, trying to manipulate Sonny, or using Wiley as a pawn, Nelle Benson always has her eye on the prize (hurting Carly that is).

Terrible Tom, as he is dubbed by most in Genoa City, was an outright slimeball. He abused and messed with his son Kevin’s mind, almost ruined the poor youngster completely by locking him up when he was just a little boy and causing him severe mental health issues. Fisher was a con man, who conducted many a crime in his day, but you could also add kidnapping and blackmailing to that list, too.

Sheila was a nasty piece of work from the get-go. She arrived in LA in 1992, shortly after evading the law in Genoa City. And the number of depraved acts she committed during her B&B tenure is too long to list here, but here’s an attempt. Sheila drugged Eric, spiked Macy’s drink, kidnapped James, Ridge and Amber and held Stephanie, Brooke, Ridge, Lauren, Eric, and James at gunpoint. She also shot Stephanie, Brooke, and Taylor, killed Lance using a swarm of bees, and escaped from prison several times. During her 2017 stint on the sudser, Sheila tried to blackmail Charlie and attempted to kill Quinn during a couple of violent catfights, but she disappeared shortly afterward. Will this number one villain ever return to LA?

Who tries to bury alive not one, but two ladies, mere years apart? Vivian Alamain, that’s who! She’s a rich, manipulative schemer who loves to control her family. At one point, her two main goals in life were to ruin Carly Manning and marry Victor Kiriakis. In the process of accomplishing these two things, she caused a tremendous amount of trouble in Salem. She bribed, drugged, and almost killed a couple of people throughout her time in Salem. Alamain is undoubtedly one of the best villainesses the little town has ever seen.

Cesar has axed, kidnapped, and held people hostage, all in the name of love for Anna Devane. He’s a sick, twisted individual that GH fans detest, but he does make life in Port Charles interesting when he comes around. Cesar hits the number one spot on this list because of his dynamic and eccentric personality. He also happens to be brilliant to watch on screen, and is a character that GH fans love to hate.