Home » Entertainment » Celebrities » Things You Might Not Know About Prince Philip 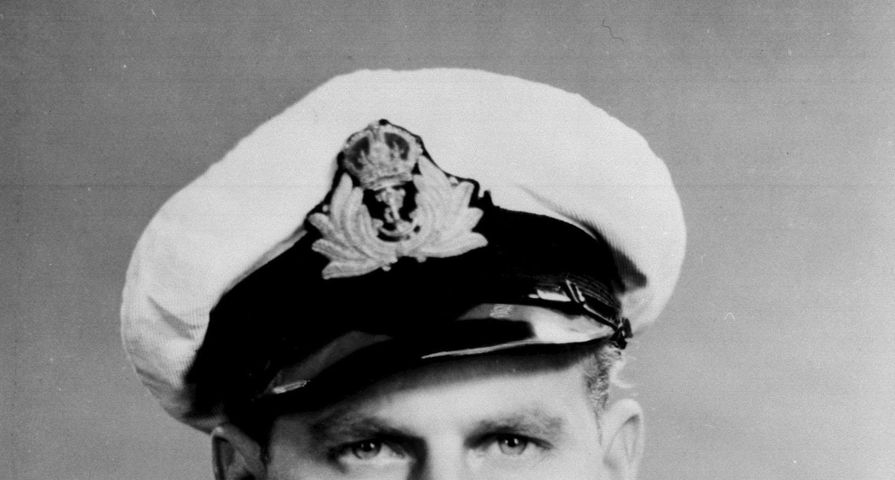 Queen Elizabeth’s husband Prince Philip lived an interesting life. Although most people only know him as the consort of the Queen, there’s a lot more about him that people need to know. Check out these 12 things you didn’t know about Prince Philip:

He was born Prince Philip of Greece and Denmark on the Greek island of Corfu on June 10, 1921. His parents, Prince Andrew of Greece and Denmark and Princess Alice of Battenberg, had five children, with Philip being the fifth and only boy. His family was forced to flee during the Greco-Turkish War after his uncle King Constantine I, was forced to abdicate and his father was banished from Greece for life. 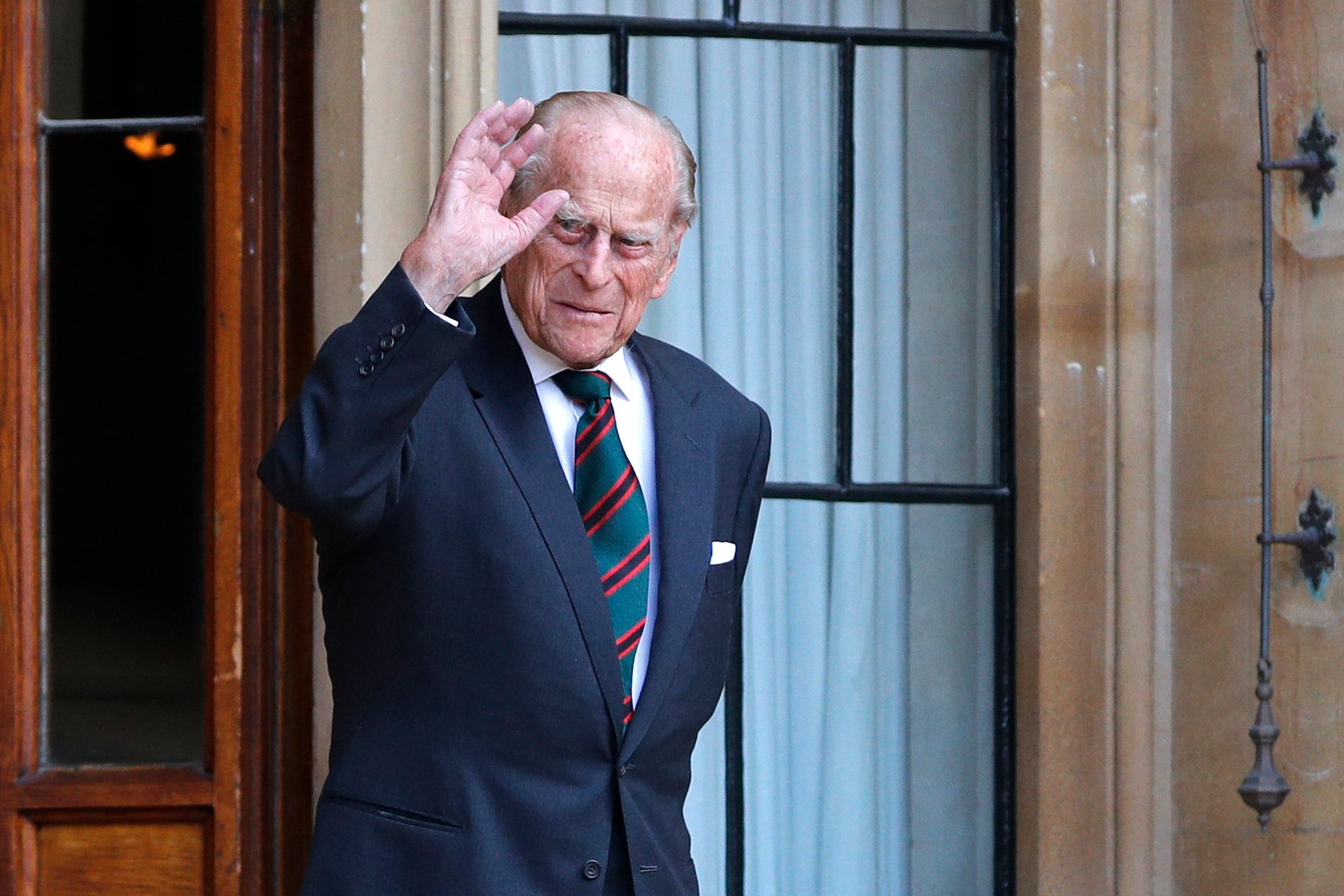 11. He and His Wife Are Cousins 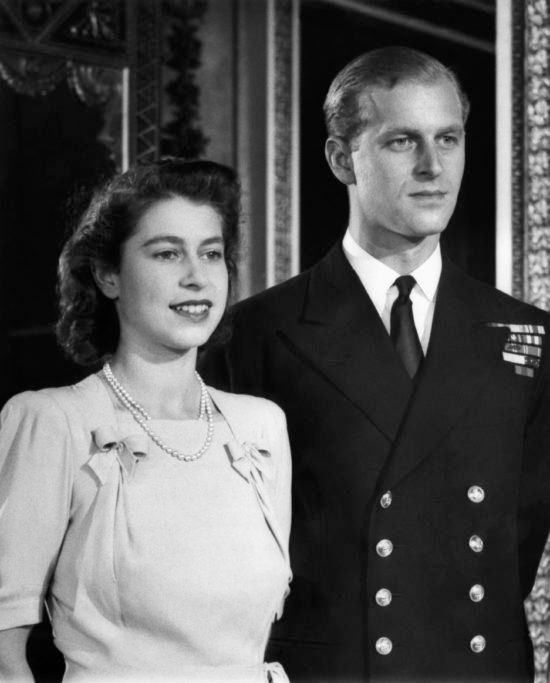 After his family fled from Greece, they settled in France in a suburb in Paris called Saint-Cloud where they lived in a house that was lent to them by Philip’s aunt, Princess George of Greece and Denmark. The family didn’t have a lot of money so a wealthy relative paid for their children’s school fees.

9. His Mother Had a Nervous Breakdown

His mother, Princess Alice of Battenberg, was committed to a psychiatric institution after she suffered a severe nervous breakdown in 1930. She had been claiming that she was receiving divine messages and that she had healing powers and was diagnosed with paranoid schizophrenia. She received treatment in Dr. Ludwig Binswanger’s sanatorium in Kreuzlingen, Switzerland. Both he and Sigmund Freud believed that her delusions were the result of sexual frustration and Freud advised for her womb to be blasted with X-rays to kill off her libido. After two years, she was finally released. 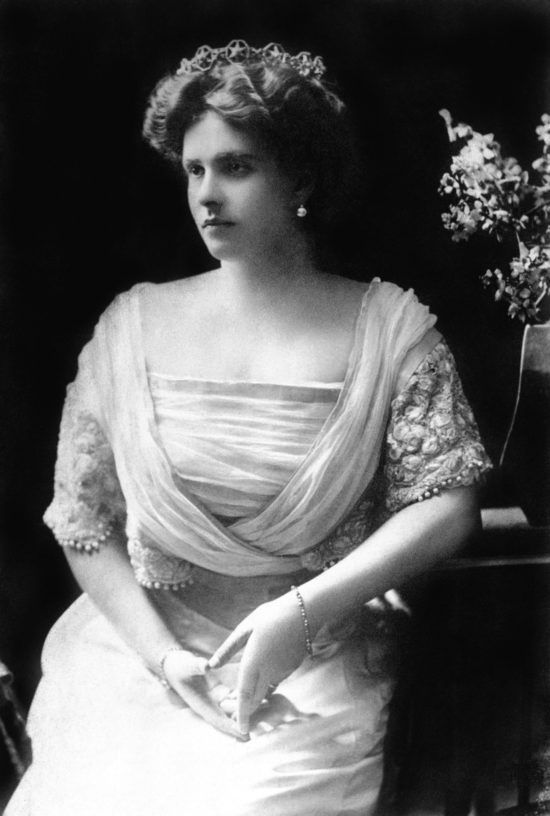 Prince Andrew, Philip’s father, was a playboy. After his wife, Princess Alice of Battenberg, had been committed, he shut the family’s home in Saint-Cloud and went to live in the South of France with his mistress Countess Andrée de La Bigne. He and Alice never divorced, but their marriage was effectively over. 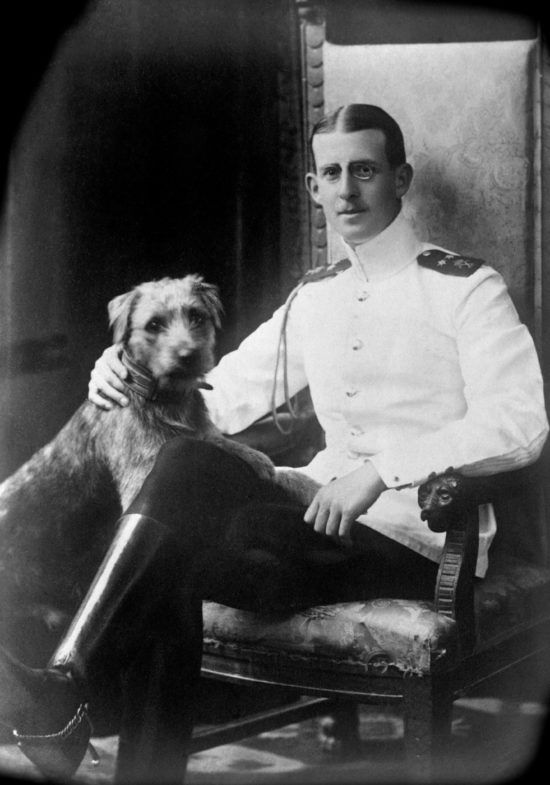 After his parents split up, Prince Philip went to live with his Uncle George, Marquess of Milford Haven, at Lynden Manor in Bray, Berkshire, England. His Uncle George had a son, David, who was two years older than him, and there he attended Cheam School. In 1933, he was sent to Schule Schloss Salem in Germany, but after two terms was sent to Gordonstoun in Scotland. 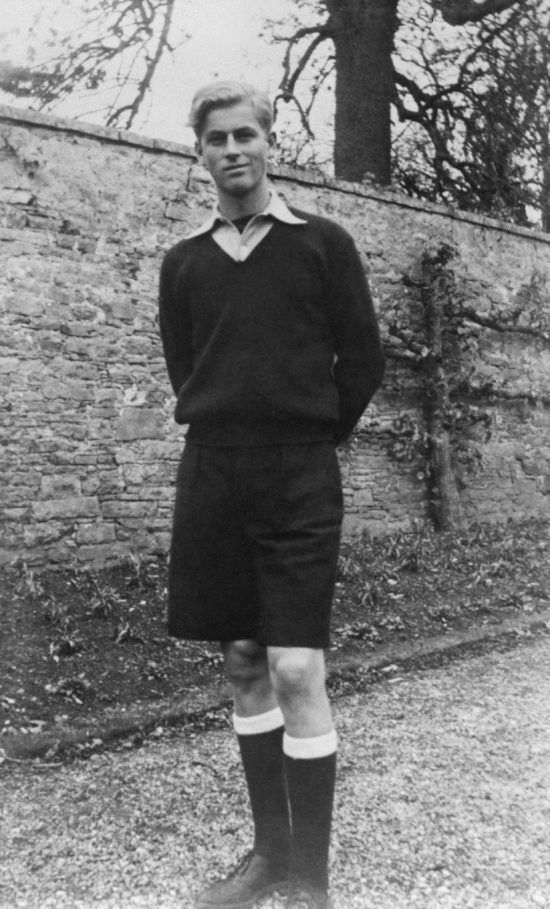 Philip didn’t have a surname when he was growing up. He was only known as “Philip of Greece.” He assumed the name Mountbatten when he became a naturalized British citizen in 1947 and joined the Royal Navy as a Lieutenant. The name Mountbatten comes from his mother’s side of the family. 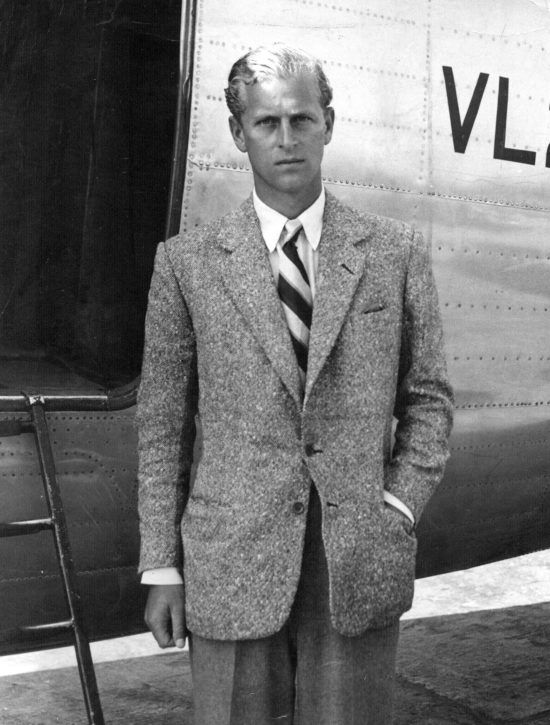 During World War II, the Duke of Edinburgh was a member of the Royal Navy where he was in charge of operating the searchlights on the battleship Valiant. For the battle of Cape Matapan, he was awarded the Greek War Cross of Valour for successfully picking out enemy targets in the darkness and then using the searchlights to find survivors. 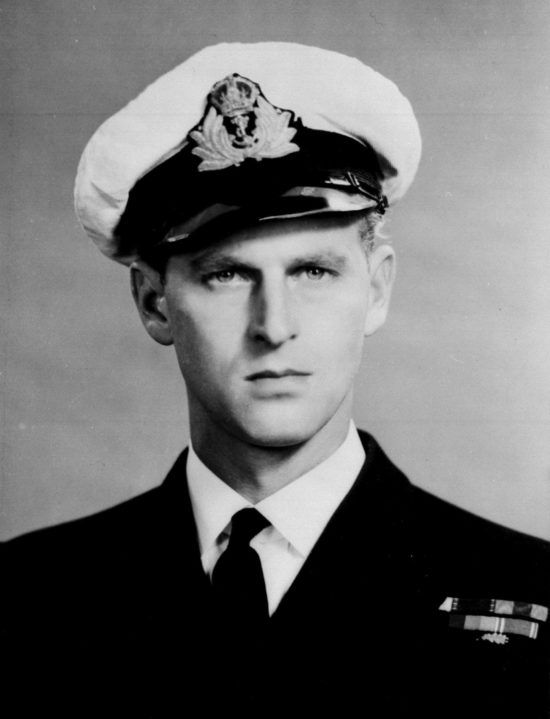 He used to be an avid polo player but gave the sport up in the 1970s. He then took up carriage driving, a sport that he has helped to expand. He was also a keen yachtsman and had his own vessel, Bloodhound, which he brought along on the Royal Family’s annual summer holiday, and he was a regular on the cricket field as well. 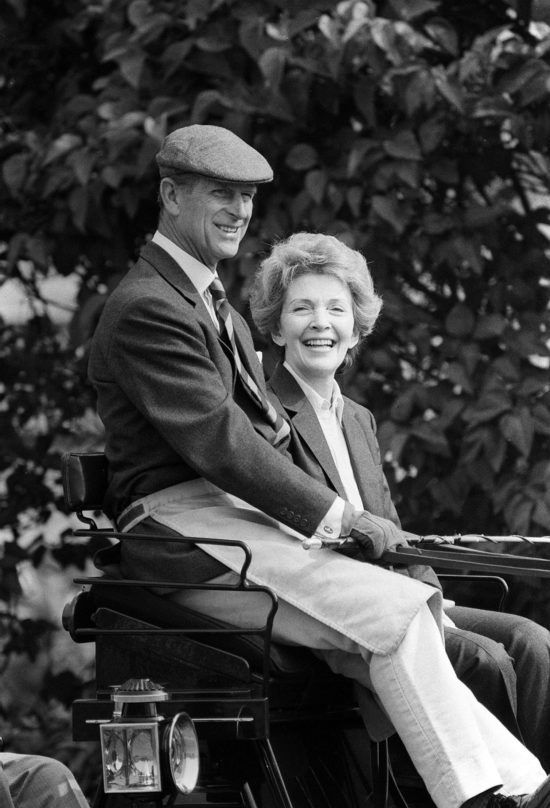 Prince Philip is quite artistic and enjoys painting in his spare time. He is particularly interested in painting landscapes with oils. One of his most famous paintings is of his wife, Queen Elizabeth, having breakfast. His friend, artist Edward Seago, was his painting mentor until his death in 1974. Philip also collects art, including contemporary cartoons. 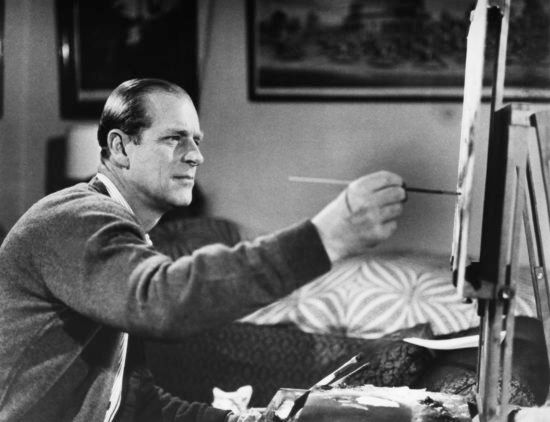 Prince Philip is known for his bluntness and at times it has caused controversy. He reportedly insulted deaf children at a pop concert when he said, “No wonder you are deaf listening to this row.” At another time, he insulted army cadet Stephen Menary who had been blinded by an IRA bomb. Queen Elizabeth asked him if he retained any of his sight, to which Philip said, “Not a lot, judging by the tie he’s wearing.” In the past, he has called his blunders “Dontopedalogy.” “Dontopedalogy” is the science of opening your mouth and putting your foot in it, a science which I have practiced for a good many years,” he said. 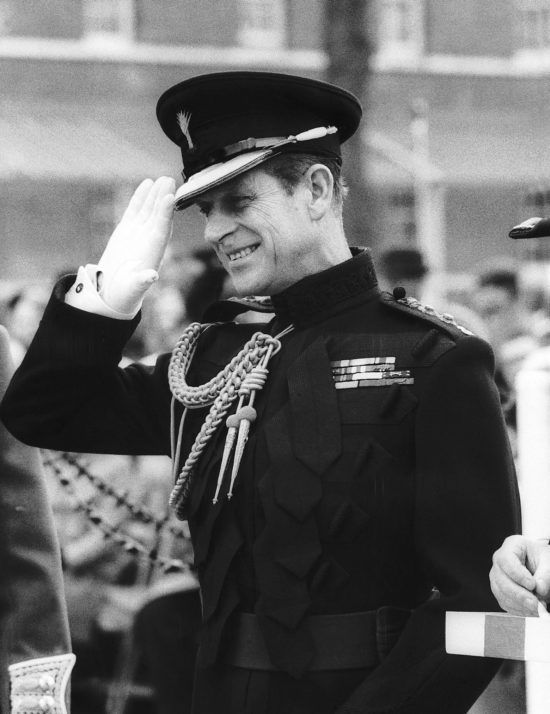 The Duke has a passion for design. When much of Windsor Castle was destroyed in a fire in 1992, Philip played a key role in the restoration. He designed the stained-glass window for the chapel. It was his idea to have the stained-glass feature a phoenix rising from the ashes, which represents the saving of Windsor Castle, and good triumphing over evil with an image of St. George killing a dragon. 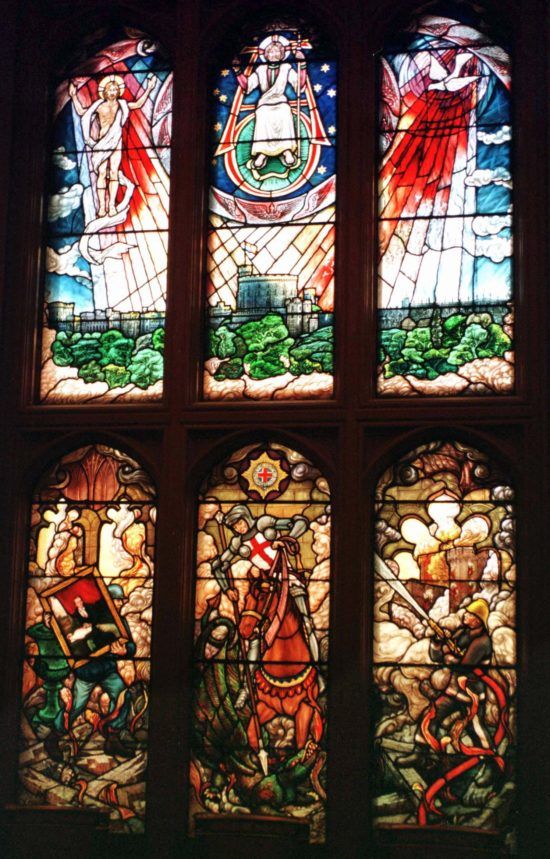