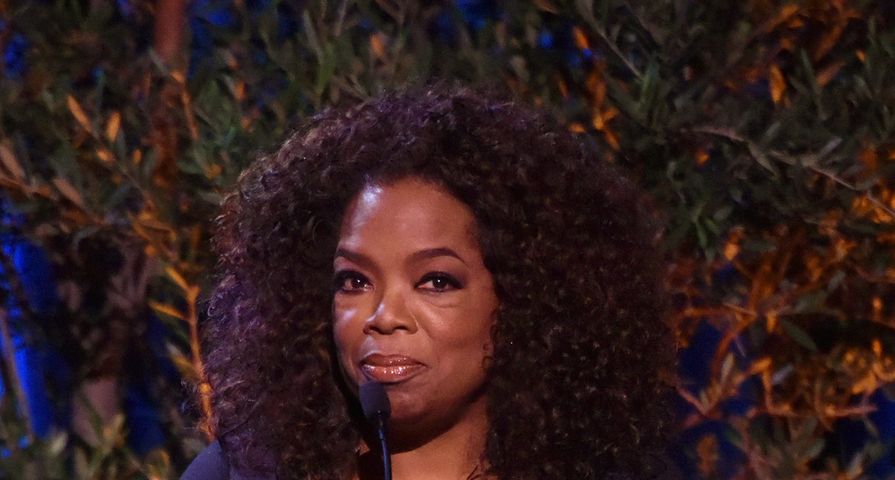 Oprah Winfrey may be ranked the richest African American of the 20th century and the most influential woman in the world, but she comes from really humble beginnings, so humble it might actually shock you. Here are 20 things you didn’t know about the media mogul:

In 1985, she had a role in Steven Spielberg’s film adaptation of Alice Walker’s novel The Color Purple. She played housewife Sofia. The film received positive reviews from critics and Winfrey received an Academy Award nomination for Best Supporting Actress for her part in the film, but she lost out to Anjelica Huston who won for her role in Prizzi’s Honor.

In 2006, 50 Cent, Ludacris, and Ice Cube accused Oprah of being anti-hop. Ludacris alleged that some of his lyrics were edited out of her show when he went on to promote the movie Crash and that he wasn’t initially invited on her show along with the rest of the cast. Ice Cube said that Winfrey insulted him when she invited cast members of Barbershop on her progra but excluded him while 50 Cent claimed that she doesn’t make efforts to appeal to hip-hop fans. Winfrey responded to these criticisms by saying that she is opposed to rap lyrics that marginalize women. “I am a woman who has worked very hard for my status in the world and as a human being,” she said. “I don’t want to be marginalized by music or any form of art. … I feel rap is a form of expression, as is jazz. I’m not opposed to rap. I’m opposed to being marginalized as a woman.”

She had a number of relationships before she finally settled down with Stedman Graham in 1986. In high school, she dated Anthony Otey but broke up with him Valentine’s Day during her senior year. While a student at Tennessee State University, she dated William “Bubba” Taylor. Their relationship was really intense; however, they broke up when he refused to move with her to Baltimore from Nashville. During the ‘70s, she had a relationship with John Tesh, but he broke up with her because he was uncomfortable having an interracial relationship. She also dated a fellow reporter from WJZ-TV, Lloyd Kramer. She called him the “most fun romance” she ever had. She also reportedly had an affair with a married man, but he had no intention of leaving his wife for her. In the ’80s, she briefly dated movie critic Roger Ebert and Haitian filmmaker Reginald Chevalier, but she broke up with the latter when she met Stedman Graham.

Winfrey has admitted to one drug-related love affair. On her show, she revealed that she smoked crack cocaine, but claims that she was “addicted to the man, not the drugs.” Randolph Cook has also come forward claiming that he and the talk show host had a six-month-long relationship in 1985 and would do drugs together.

Oprah has struggled with her weight for years. She claims that one of the reasons she has gained so much weight is because of her low self-esteem. “The reason I gained so much weight in the first place and the reason I had such a sorry history of abusive relationships with men was I just needed approval so much. I needed everyone to like me, because I didn’t like myself much. So I’d end up with these cruel self-absorbed guys who’d tell me how selfish I was, and I’d say ‘Oh thank you, you’re so right’ and be grateful to them. Because I had no sense that I deserved anything else. Which is why I gained so much weight later on. It was the perfect way of cushioning myself against the word’s disapproval,” she said.

15. Deciding Not to Have Children

The media mogul might seem like the maternal type, but she has no children and she’s happy about that. “When people were pressuring me to get married and have children, I knew I was not going to be a person that ever regretted not having them, because I feel like I am a mother to the world’s children,” she told Good Housekeeping.

Before she had The Oprah Winfrey Show, she was the host of AM Chicago. At first producers had really low expectations for the show and didn’t expect her to be able to compete with Phil Donahue, who at the time was king of daytime TV. However, it was only a matter of weeks before AM Chicago’s ratings overtook Donahue’s. When comparing her to Donahue, a columnist at Newsday wrote, “[She’s] wittier, more genuine, and far better attuned to her audience, if not the world.” Her success paved the way for shows such as The Ricki Lake Show and Montel Williams Show.

In 1993, Oprah landed an interview with the fiercely reclusive entertainer Michael Jackson. It had been 14 years at that point since he had given an interview and was before any of the child molestation allegations came out. Ninety million people tuned in for the interview, which became the fourth most-watched event in American television history as well as the most watched interview ever. “It was the most exciting interview I had ever done,” she said. “It certainly was going to be the most watched interview I had ever done.”

According to Winfrey, the worst guests are the ones who constantly self-promote. “I had a guest on who was a lawyer – I can’t remember the show – and he mentioned the book 29 times. That’s after I started counting,” she told Harry Connick Jr. “Every sentence started. ‘In my book, in my book, and if you buy my book,’ and so finally, around third segment, I said, ‘We all know the name of the book. Audience, tell him the name of the book…so you don’t have to say the name of the book anymore.’ After that we started having conversations. Our intention was to tell the people, ‘You don’t have to sell your book. I will mention the book. I will take care of the book.’”

The talk show host has never been married. She’s been with the same man, Stedman Graham, for over 30 years, and even though they were engaged to be married in November 1992, they never made it down the aisle. According to her, the reason they never took that step is because if they had, they wouldn’t be together anymore. “We would not have stayed together, because marriage requires a different way of being in this world,” she told Vogue. “His interpretation of what it means to be a husband and what it would mean for me to be a wife would have been pretty traditional, and I would not have been able to fit into that.”

Oprah was born to an unwed teenage mom, who got pregnant with her after a single sexual encounter. Oprah’s parents broke up soon after she was born. Her mother worked as a maid and her father was a coal miner and then a barber.

During her first six years, she and her mother lived with her maternal grandmother on a farm and they were so poor that Oprah had to wear dresses made out of potato sacks.

She has said that a cousin, an uncle and a family friend molested her starting when she was nine years old.

When she was 13, she ran away from home. She also began stealing money from her mother, lying and going out with older boys.

She got pregnant when she was 14, but the child (a boy) was born prematurely and died shortly after birth. She viewed her son’s death as a second shot at life.

Things changed for Oprah when she was sent to live with her dad in her early teens. She became an honors student, joined her school’s speech team and won a scholarship to Tennessee State University.

When she was 17, she won the Miss Black Tennessee beauty pageant.

When she was in college, she began working for a local black radio station, WVOL. After college, she worked for Nashville’s WLAC-TV, where she was the youngest news anchor and the first black female news anchor.

For most of her life, Oprah thought that she had only two siblings – Patricia, who died from drug and alcohol related causes in 2003, and Jeffrey, who died of AIDs related causes in 1989. In 2010, she learned that she had a second half sister, who was born between Patricia and Jeffrey, who was also named Patricia. She was given up for adoption because Oprah’s mother was on welfare and couldn’t afford another child.

She was named “Orpah” after the biblical figure in the Book of Ruth, but most people pronounced it “Oprah,” which eventually stuck.