Things You Might Not Know Hawaii Five-O Star Scott Caan 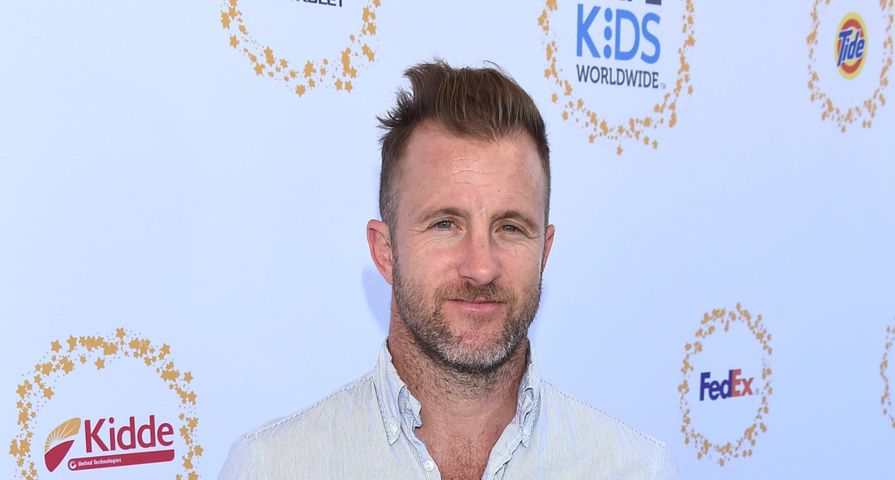 It takes a lot for a remake of an iconic movie or television show to get the seal of approval from fans of the original and succeed, but the new Hawaii Five-O has definitely done just that. A big part of Hawaii Five-O‘s success since its beginning in 2010 has been its stars which includes Scott Caan as Danny Williams. With a famous father and many supporting roles, Caan had to make a name all his own in the industry, and now has more fans and support than ever. Get to know more about the star with these 9 things you didn’t know about Scott Caan:

Scott Caan is no stranger to the entertainment industry with James Caan as his father, but that is what makes his start in the business even more interesting. Early on, he was a roadie for the rap groups Cypress Hill and House of Pain, but he also formed the rap group The Whooliganz along with The Alchemist and they even received a record deal with Tommy Boy records. Unfortunately for Caan and his partner their first album was never released and they were dropped by Tommy Boy records causing the two to part ways.

Scott Andrew Caan was born on August 23, 1976 in Los Angeles, California to James Caan and Sheila Marie Ryan. Both of his parents worked as actors while his mother was also a model, and the pair divorced shortly after Scott turned one. Scott has an older half-sister, Tara Caan, and three younger half-brothers James, Jacob and James Arthur, all born to his father James Caan. Growing up with a famous father didn’t make things any easier for him growing up either. “I never looked at him as a movie star. I looked up to him as the toughest guy around. My old man was definitely against me being in the business; he was hoping I’d play shortstop for the Yankees. My mom was a badass too. In my family, if you bust balls it’s a sign of love,” he said in an interview.

Despite having a tough father and mother, Scott wasn’t dissuaded from taking on a rebellious attitude and doing what he wanted when he wanted and was a self described “bad kid.” He told the Los Angeles Times, “I never sat still. I didn’t like school. I was an athlete, and then when I didn’t want to play team sports… I liked surfing, skateboarding, graffiti and punk music; I was one of the bad kids, so I took on that role for a while. I wanted to figure out my own way to be my own dude.”

As the son of James Caan, Scott was always around celebrities, but he ended meeting one of Hollywood’s biggest stars in a different way. While attending Beverly Hills High School as a teenager, Scott actually attended with none other than Angelina Jolie who was only setting out in the industry as well. Years later the pair were united in the 2000 film Gone in Sixty Seconds.

After finally realizing his passion for acting and focusing less on sports, Caan also fell in love with photography. “I was directing my first movie, “Dallas 362″ and the amazing cinematographer Philip Parmet taught me a lot about light and composition. From then on, I didn’t go anywhere without a camera. I shoot mostly black-and-white documentary street photography. Anything from the paparazzi in Cannes to a homeless guy shooting dope downtown,” he said of discovering his hobby. Additionally, the actor also got into Brazilian Jiu-Jitsu and in 2016 earned his black belt in the sport after 15 years of training.

While living in Hawaii to film his popular series, Caan has taken full advantage of his location and his love of surfing, but doesn’t enjoy the sport alone. When not filming, the actor teaches surfing to kids, specifically special needs kids through organizations such as Life Rolls On, Surfer’s Healing and ThERAsurf. “We take people with spinal cord injuries in the water, and we take autistic kids in the water. And any kids with special needs we just take them out int the water and take them surfing.”

Scott Caan has always taken acting extremely seriously and picked his roles with care, which meant committing to a lead role in a television series was a big step for him, but ultimately his reasoning for deciding to join the show in the first place was pretty simple. “I read the pilot and I’m like, ‘This has promise and isn’t stupid.’ This is some of the best stuff I’ll be able to have done,” the actor told Esquire. He added that his disappointing movie career also influenced his decision. “I’m kind of like the goofy number-seven guy in a lot of movies. So I say yes [to Hawaii Five-O], then the anxiety starts. I’m like, ‘What have I done?’ And I go crazy because I fancy myself a tortured artist. I’m the guy who’ll be in the one-bedroom with the coffee and cigarette. And I don’t smoke.” Interestingly enough when he consulted his famous father on whether or not to take the role of Danny Williams, his father said, “Absolutely don’t do it.”

Despite being in the spotlight for a large part of his life, Scott Caan has always been very careful about what parts of his life he puts out there and rarely talks about his personal life. After meeting on the set of Hawaii Five-O, Caan began a relationship with costumer Kaycy Byxbee and after a few years of dating the pair revealed they were expecting their first child in 2014. In July, 2014 the couple welcomed their daughter Josie James.

It is clear that Scott Caan is so much more than just a television actor because on top of all his other talents and work, he is also an established playwright. He has written and performed in many different plays and in 2014 released “The Performance of Heartbreak” which is a collection of 10 one-act plays. When asked about the difference between acting on-screen versus in a play, he said, “That’s an easy one. There’s no take two. Onstage you get to wild out and just be loose and lose yourself for an hour and 40 minutes. If you told me 10 years ago I’d be on a hit TV show for five years I’d have said there was zero chance. Not to “aw, shucks” it up, but I’m lucky. The bad part is that it becomes a job — just put that piece of tape on the floor where you want me to be — and you can lose a little bit of the love for what you do. So writing plays and acting in them keeps me pumped.”