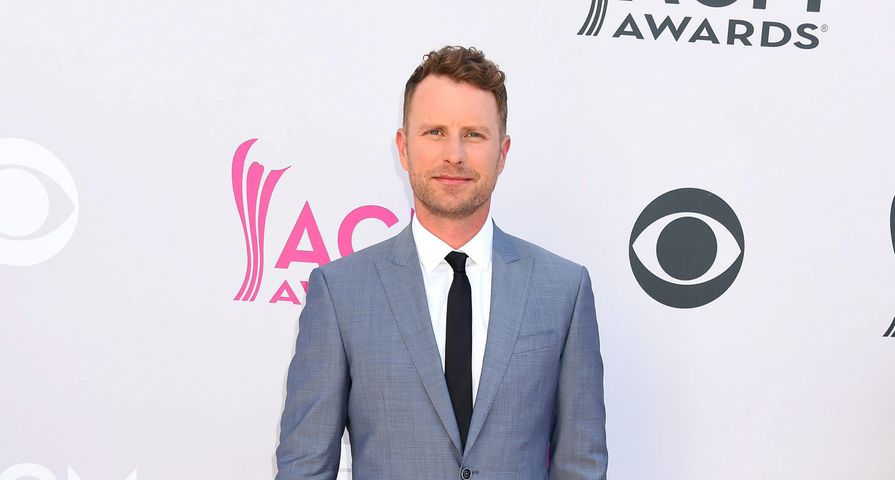 Dierks Bentley stepped onto the country music scene in 2003 with the release of his debut single, “What Was I Thinkin’.” Since then he’s released eight studio albums, had 15 singles reach the number one spot on the Hot Country charts and received 13 Grammy nominations! Bentley is definitely one of the more dynamic country singers in the genre who not only writes a lot of his own music and is able to turn out hits like “Somewhere on a Beach,” but can also switch gears and create a bluegrass album like Up on the Ridge. In honor of his success, let’s take a look at 10 things you probably didn’t know about the handsome country singer!

His real name is Fredrick Dierks Bentley, but he’s always gone by his middle name. In an interview with CMT, he said: “Dierks is a last name on my mom’s side of the family. My family’s big into the whole family name stuff, I think. My brother’s named Fife, and that’s a family name. So we just kind of pass things down. But I can promise you this: There won’t be a Dierks Jr., because my name…it’s too difficult.”

Dierks grew up in Phoenix, Arizona until he was about 14-years-old and was shipped off to boarding school. “Due to troubles in my younger adolescence, my parents decided to send me away to boarding school in New Jersey,” he said to Press of Atlantic City. Instead of looking at it as a bad thing, Bentley used this experience to figure out what he wanted to do with his life and realized it was country music! “If I hadn’t gone [to boarding school], I would never have discovered country music. I made some great friends — and had a love of Jersey girls — but country reminded me of home and Arizona.”

His favorite sport to play is hockey, but his favorite sport to watch is football. Believe it or not, even though he grew up in Arizona, he learned how to skate as a kid and became really interested in hockey as an adult when the Nashville Predators came to town. “I found out the reason you wear all that gear is not to protect you from the puck or other people, it’s to protect you from yourself. Because I’d wind up to take a shot, and I’d fall right back on my helmet. It’s just kind of the way I am when I get into something. I get really into it, and I go after it all the way, you know,” he said to CMT.

Bentley might sing about getting drunk on a plane, but in reality, he’s the one flying the planes! He spent three years training to get his pilot license which he eventually did get in 1997. “I got an itching to learn how to fly one time and spent three years getting my pilot’s license. Once I got it, I was like, ‘Ah, all right.’ Too much money, too much time for that, but I went ahead and did it anyway,” he said during an interview with CMT. It turned out to be a really great decision because he uses it as a way to stay in touch with his family. He’s able to fly himself to concerts around the country on his own schedule which allows him to spend more time with his wife and kids.

Dierks Bentley has known his wife since he was a kid! They grew up together in Phoenix, Arizona. When they first met they were dating each other’s best friends, but he secretly always wanted her. “We dated around 17, but I was no way mature enough for her. We always kept in touch and would see each other when friends got married or home for summers. Then she was out in San Francisco doing advertising, and I was in Nashville, and we could just never make it work, so we moved on. But then she came to a show I played in Vegas in 2005, and we were opening for George Strait on February 5, and I just knew right away. We eloped in Mexico at the end of the year,” he said in an interview with Glamour. They eloped on December 17, 2005, and now have three children together, two daughters, Evie and Jordan, and a son named Knox.

Riser is Dierks eighth studio album, but also one that is probably the closest to his heart. There are four songs on the album that really remind him of his father, Leon Bentley, who’d passed away in 2012, two years prior to the album release. The most obvious song is “I Hold On” which was written by Dierks and Brett James. His father was his biggest fan and supporter, who loved country music. In an interview with Glamour, Bentley said: “My dad was 88 years old, and that’s a pretty good number to check out on. I’m also realistic that it’s a dull pain that just never goes away and that’s normal but natural. You still need to recognize it. When my dad passed away, Bono actually wrote me a letter…He said, ‘I don’t know how close or far away you were, but it’s just a stinker.'”

4. How He Got Into Country Music

When he was a kid his favorite singer was Billy Idol. In an interview at the Country Music Hall of Fame, Bentley said he even had posters in his room and spiked his hair like Idol! He didn’t get into the country genre until he was a teenager. “When I was about 17, I was listening to some other music at the time. I was playing guitar….A friend sat me down, gave me a beer and put on a Hank Jr. song called ‘Man to Man,’ and it just changed everything. Just everything clicked, and I knew what I wanted to do…and then I started trying to work out my own stuff. I put away the electric guitar and got an acoustic,” he said to CMT. In a separate interview with Esquire, Bentley said he still keeps in touch with that friend who introduced him to country music. “He always signs his notes ‘L.D.H.F.’ — long distance high five — about some of the stuff that happens, which makes us both laugh,” he said.

3. He Can Play Multiple Instruments

During an interview with Us Weekly, Bentley revealed 25 things people don’t know about him and one of them was that he can play “Cripple Creek” on the banjo, but only “Veeeery slooowly.” He can also play “Twinkle, Twinkle, Little Star” on the fiddle: “just take my word for it,” he said.

In an interview with CMT, Bentley revealed his favorite movie. “All-time favorite movie, bar none, is the great drama known as Days of Thunder. If you don’t cry when Cole asks Rowdy to drive his car in Daytona, there’s something wrong with your sentimental side. You just need to get in touch with it, because it’s one of the greatest movies of all time. Now if you’re looking for a great comedy, obviously Tommy Boy is the only place you can go. But Days of Thunder is one of the great dramas of all time, and if you don’t get it, then you just don’t get it.”

When he was 19, he moved to Nashville and attended Vanderbilt University. While he was a student he got an internship at the Country Music Association which got him his first real taste of how the industry worked. After he graduated in 1997, he began working for The Nashville Network (TNN). His job was to sift through old footage of country performances. The network is now known as SpikeTV.