Home » Entertainment » Celebrities » Things You Might Not Know About ‘This Is Us’ Star Sterling K. Brown

Things You Might Not Know About ‘This Is Us’ Star Sterling K. Brown 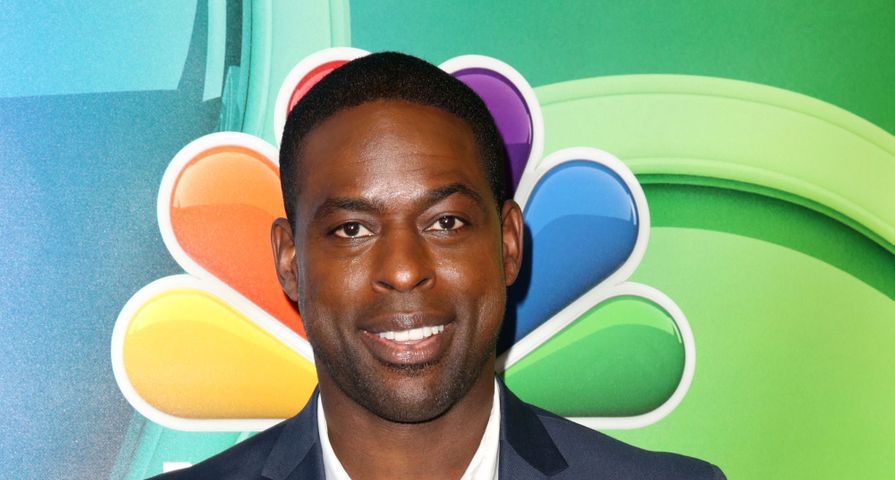 NBC’s most anticipated drama of the 2016 season, This Is Us,  quickly became one of the most successful series on TV and a lot of it was thanks to an amazing cast of Hollywood veterans and newcomers, including Sterling K. Brown. While he may be in the spotlight more than ever, he is no stranger to success and is without a doubt one of the most low-key celebrities out there. With a lot of big career moments behind him, things are only looking up for the actor as he continues his run as Randall Pearson on This Is Us, so get to know the charming and talented actor better with these 9 things you never knew about Sterling K. Brown:

Like many other actors, actresses and artists, Brown doesn’t go by his given name but the reason for changing his name is much different than the usual “stage name” story most other celebrities give. After losing his father when he was only 10 years old, he changed his name when he turned 16 in order to honor his late father. He explained, however, that he made the decision to change his name while his father was still alive, telling People, “I went by Kelby. My mom tells me this story – she was reiterating it the other day – in kindergarten I came home one day and said, ‘Mom, Sterling is eight letters and Kelby is five. I’ll just do Kelby and then when I turn 16, I will go by Sterling.’ And I don’t remember that. The impetus for me is that he had been gone for some time, and I was like, ‘Kelby was a little boy’s name.’ I felt like I was ready to become Sterling.”

While many TV fans know and love Brown through his most recent role as Randall Pearson on This Is Us, he has had quite the 15-year career before starring on the hit show. After years in theater, he finally made his way on-screen in 2002 in the film Brown Sugar. He went on to appear in shows such as ER, Third Watch and Supernatural, just to name a few. It was his starring role in Army Wives as Roland Burton from 2007-2013 that really brought the actor to the forefront of TV actors and he went on to appear in Person of Interest and of course American Crime Story: The People v. O.J. Simpson.

Sterling Kelby Brown was born on April 5, 1976 in St. Louis, Missouri, to Sterling Brown Jr. and Aralean Banks Brown and was one of five children with two brothers and two sisters. His father worked as a grocery store clerk and his mother was a schoolteacher, but tragedy struck the family when Brown was only 10 years old when his father passed away. “I lost my dad relatively early in life, but he gave me 10 of the best years that a kid could ever have,” he said of his father’s passing. His dad loved TV so he knows that he’s proud: “this is what I do for a living, like I know he’s smiling from ear to ear.” After graduating from St. Louis Country Day School, Brown attended Stanford University from which he graduated in 1998 with a degree in acting. He then attended New York Univesity’s Tisch School of the Arts where he received his Masters of Fine Arts.

Fans of Brown’s who follow the star on social media and Instagram are well aware that he has no problem stating his opinion on many topics especially controversial ones, and he often speaks out about issues surrounding racism. “I’ll have conversations with people, friends who are white, and I’ll make a statement about something, and I’ll bring to light my blackness. I’ll be like, ‘Y’all know black people don’t do that, blah blah blah—that’s some white people stuff.’ And they’ll say something to the effect of, “Why’s everything always black and white? Why can’t it just be about people?” And I’ll say, ‘That’s a very interesting thing for you to say! Because for me, everything is black and white, and the way that I experience the world—there’s no objective experience of reality, it is all based upon our own personal history.’ And my personal history as an African-American allows me to see things in a way—forces me, in a way—that sometimes folks of the majority don’t necessarily have to,” he told GQ.

After discovering his passion for acting in his freshman year of college, Brown began studying some actors and actresses and quickly found a few that he really looked up to as he developed his career including Spencer Tracy, Gene Hackman, Daniel Day Lewis, Meryl Streep, Cate Blanchett and Denzel Washington. After getting into the business himself he really looked up to Courtney B Vance after they worked together on American Crime Story. “Him being a black man, who went on a similar route that I did. He started in theater. He went to grad school for acting. Moving from that platform and having two children as well. It was really wonderful to count him now as a friend, a mentor, and talk about life […] so Courtney is my hero and I am so grateful that I have got the chance to know him.”

Brown has given many amazing performances in many different roles through the course of his career, as has been up for quite a few awards, but in 2016 he won his very first Emmy Award for Outstanding Supporting Actor in a Limited Series or Movie for his role as Christopher Darden in American Crime Story. “It was surreal! I literally felt like I was going to faint. The feeling of walking up on the stage and seeing the people standing up — talk about being overwhelmed with love. The fact that people really appreciated and applauded that this moment happened for me — I was speechless,” he said of the big moment. He has also won an Online Film & Television Association Award, Image Award, Gold Derby Award, Critics Choice Television Award and Black Reel Award.

While Brown discovered his love for acting during his freshman year at Stanford, he also met his real life love that same year. Brown and Ryan Michelle Bathe both attended Stanford and were in the same dorm, but first officially met when performing in a play. While they have now been married since 2007, things weren’t always easy. It took three years for their relationship to bloom and they experienced many breakups and makeups and then endured a three year period where they didn’t even talk at all. Eventually they picked things back up and tried a long distance relationship when Ryan moved to LA and eventually he moved to be with her. In June 2007, Brown and Bathe were married and in 2011 they welcomed their first son Andrew, who Brown helped deliver, and in 2015 they welcomed their second son, Amare.

While many couples like to keep their personal and professional lives separate, it seems the actor and his actress wife have no problem working together from time to time. In 2012, Bathe joined her husband’s series Army Wives as Charlie for 11 episodes, but most recently TV fans will recognize Bathe from her appearances in the first season of This Is Us as Yvette.

Although Sterling K. Brown has had a lot of great roles in his career, his favorite so far has been being dad. “I wanted to be a dad since I was about 18 or 19 years old. I knew I wasn’t ready to be a dad, but I wanted it very much […] It was something that always felt right for me. For me to fully realize myself as a person meant becoming a father. It just felt like the natural evolution of things. When my wife became pregnant with Andrew, my first son, I just started crying. I can remember seeing the first ultrasound. I was thinking that the miracle is happening.”