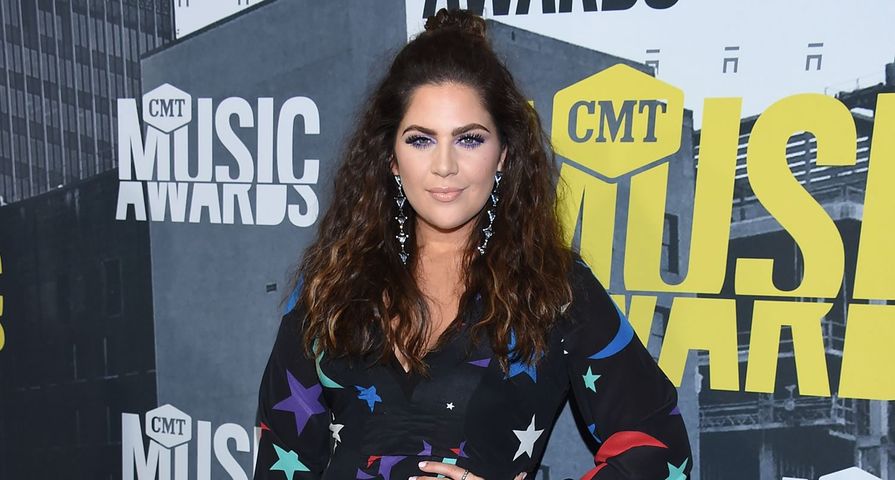 Hillary Scott has risen the ranks of country music as the co-lead of country music group Lady Antebellum since 2006. Since then they’ve won seven Grammy Awards, had nine No. 1 singles and become one of the most successful country-pop crossover acts of the past decade. Outside of her Lady A fame, Scott created an amazing career for herself with her most recent project being the 2016 gospel album, Love Remains, which was a collaboration with her Scott family, including her father, mother and sister. She also designed a clothing line and announced she’s expecting twin girls with her husband, Chris Tyrrell! In honor of all her success, here’s a look at 10 things you probably didn’t know about Hillary Scott!

10. She Auditioned for American Idol

Prior to becoming a part of the successful country group Lady Antelbellum, Hillary Scott tried out for American Idol! Shockingly, she never made it far enough to even see the panel of judges. “I literally performed for the production assistants and the interns, and I just didn’t make it,” she said in an interview with ET. In a separate interview she told CMT there’s no hard feelings about it because it obviously wasn’t meant to be — and look where she is now! If she’d never got rejected by the show she wouldn’t have met her band mates Charles Kelley and Dave Haywood.

Sara Evans might be the face of the song “A Little Bit Stronger,” but Hillary Scott is the mastermind behind those painful lyrics. Scott co-wrote the song with Luke Laird and Hillary Lindsey and drew from her experience getting over a really bad breakup. “When I wrote it, I was barely a month out of a really, really bad breakup. It’s very autobiographical…one of the most personal songs that I’ve ever written. It was personal when I wrote it, but now that it’s actually out there, it takes it to another level. I’m sure [my ex] has heard it, but that’s okay, because the song’s about ‘everyday without you, I’m a little bit stronger,’ which is so true. So, he can hear that. That’s okay,” said Scott in an interview with The Boot. The single made it to the No. 1 spot on the Billboard Hot Country Songs chart and was certified platinum.

8. Growing Up in a Musical Family

Growing up in a musical family, Hillary Scott was exposed to life on the road at an early age. Her mother, Linda Davis was a backup singer for Reba McEntire and her father, Lang Scott, was also in her band, so she was homeschooled on the road when she was in kindergarten. While in elementary and high school she lived with her grandparents so her parents could continue on tour. At the age of 14 Scott decided she wanted to follow in her parents footsteps after she joined her mother onstage for a Christmas show. Fun fact: Hillary Scott’s mother had the honor of joining Reba on stage during the 1993 CMA Awards to sing the song “Does He Love You.” Despite her label wanting someone more established like Wynonna Judd to sing the song with her, McEntire was adamant it be Davis. The song ended up in the No. 1 spot on the Billboard Country charts and won a Grammy for Best Country Vocal Collaboration.

It should come as no surprise that Hillary Scott’s first memory onstage is with her mother, fellow singer Linda Davis. In an interview with Rolling Stone, she opened up about what that was like and said: “The first memory I have of being onstage with [my mom] is singing ‘Amazing Grace’ at a show. Gospel music was in our house all the time.” Later in life the two recorded a gospel album, Love Remains, alongside her father and little sister, Rylee.

Hillary Scott and her husband Chris Tyrrell, who’s the drummer for the band Love and Theft, welcomed a daughter named Eisele Kay on July 22, 2013. According to Scott, she takes after her momma with a beautiful singing voice! Eisele’s favorite thing to do is sing along to everything on Love Remains. “There’s a part on the song, ‘The River,’ that’s her shower song. There’s a part of ‘As I Went Down to the River to Pray’ in it and she loves that part: [Sings] Oh sister, let’s go down’…it modulates,” she said in an interview with Rolling Stone.

5. Sent to the Principals Office as Kid

In a joint interview with her mother, Linda Davis, Hillary Scott admitted to having a rebel moment as a kid! She was sent to the principal’s office for toilet-papering a football player’s yard! “There was a big group of us and one of the guys that was with us jumped off the front porch and the railing fell over. The people who lived there were obviously upset. We all had to pool money together to fix it. But thankfully I had been saving a little bit of money with the Christmas show that you [Linda] were so kind to pay me to sing in to save some money for the school. So, I didn’t have to tell you it happened,” she said to her mom in an interview with the Rolling Stone.

On August 18, Scott and Tyrrell shared a video of themselves telling their daughter, Eisele, that she’s going to be a big sister to not only one baby, but two! The couple had been trying to expand their family for quite some time and in their post on Instagram she wrote: “God has answered our family’s countless prayers! Our family is growing…Chris, Eisele, and I wanted to share our DOUBLE portion of joy with you all! We appreciate all the love and prayers in the coming weeks as we wait (somewhat patiently if you’re Chris and I, and impatiently if you’re Eisele) for these precious BABIES to arrive. Yep, babies! We hare having TWINS!” They later revealed that both babies are girls — a family of little girls!

In the summer of 2016, Hillary Scott opened up about her personal life and shared that in addition to losing her grandfather to leukemia, she also suffered a miscarriage in the fall of 2015 which gave her the inspiration for the single “Thy Will” from her family’s collaborative album Love Remains.  While on Good Morning America in June 2016, she said: “This is something that is not talked about very often. I also feel like there’s this pressure to be able to snap your fingers and continue to walk through life like it never happened. I wrote the song in the middle of experiencing everything that comes with a miscarriage, so it was at my most raw place when this song truly poured out of me.” Scott also revealed that going through a miscarriage made her a different mom to her daughter: “I hug her a lot tighter.”

Hillary Scott is a woman of many talents! She recently expanded her musical career into fashion when she debuted her new clothing line LaBellum by Hillary Scott on HSN in April 2017. In an interview with People Style, Scott revealed her collection was a collaboration with the shopping channel, but she handpicked each and ever item. Her golden rule going into this new venture was that, if she wouldn’t wear it herself, it wouldn’t be included. Her goal was to find clothing that makes every woman feel better about herself and caters to a wide variety of sizes.

1. How She Met Charles Kelley

Hillary Scott formed the band Lady Antebellum alongside Charles Kelley and Dave Haywood in 2006. Kelley and Haywood knew each other from middle school and were writing songs together in Nashville when Scott came into the picture. Scott met Kelley at a bar in Nashville after she recognized him from his MySpace page. She approached him and their conversation turned to songwriting sessions. Kelley invited Scott to join him and Haywood in their collaborations, and Lady Antebellum was officially born!