Things You Might Not Know About ‘Riverdale’ Star Lili Reinhart 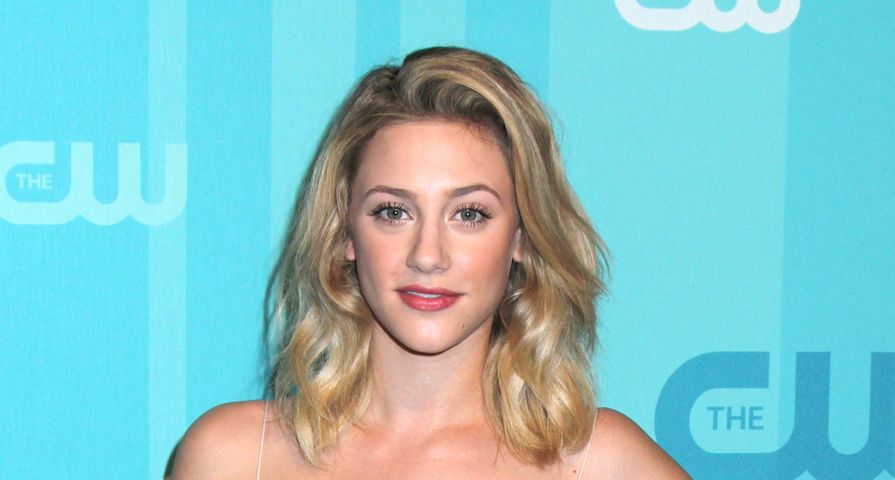 The CW was in need of another teen drama hit after becoming known for its hits like The Vampire Diaries, Gossip Girl and One Tree Hill and the network found its answer with Riverdale. The first season was a huge success which was thanks in large part to its talented and relatively unknown cast including Lili Reinhart as Betty Cooper. The fierce actress took on the iconic role boldly, and in turn fans can’t get enough of the character and of course her relationship with Cole Sprouse’s Jughead. Now Reinhart and the rest of the young cast has been thrust into the spotlight, and we want to know as much about them as possible. Here are 9 things you didn’t know about Riverdale‘s Lili Reinhart:

She may play the clean-cut and sometimes uptight Betty Cooper on-screen, but off-screen Lili Reinhart is more of a free spirit and even has four tattoos! Reinhart has an arrow on her left forearm, a rose on her right arm, a cross on her finger and an image of the Early for her Zodiac sign on her back. Naturally, the tattoos on her arms have to be meticulously covered for filming, but the small cross on her finger became too difficult. “We kind of gave up covering my finger tattoo. We literally don’t cover it anymore. So if you look, you will see it. It’s like an Easter egg,” she told Refinery29. Reinhart also opened up about the meaning of her arm tattoos, saying, “I talk a lot about depression and anxiety. An arrow can only go forward by being pulled back, so when you are going through a hard time, being pulled back, it only means you’re about to experience something bigger and greater. So that’s what that represents to me.” As for her rose tattoo she said, “I’m kind of a warrior for love, and I wear my heart on my sleeve.”

Despite landing a lead role on one of TV’s biggest new shows, things haven’t always been so easy for the 20-year-old and she has been very open about who she is which includes dealing with her mental health issues including depression and anxiety. “I’m very open about it, it’s something I still struggle with today,” she told Teen Vogue about her mental health struggles, adding that depression “runs in my family. I’m not grateful for depression, but it honestly made me work harder and gave me the drive to success and to make it work.” She also revealed that she had been dealing with her mental health struggles since “6th or 7th grade, and so it’s something that I’ve dealt with for more than half of my life. It’s very natural for me to talk about it, it’s not something I’m trying to hide.” In a separate interview she explained that when she began to struggle with depression and anxiety at around 12, she faced it head on then. “It came to a point where I told my parents I wanted to see a therapist and psychiatrist and see if there was medication I could go on. I was very proactive. It makes me feel stronger to be able to say that I was able to seek help when I knew that I needed it and not just suffer in silence.”

Lili Pauline Reinhart was born on September 13, 1996 in Cleveland, Ohio, to her father and her mother, Amy Reinhart. At a young age she discovered her passion for performing and entertaining and fell in love with dance first and went on to take 10 years of dance classes. She also turned to community theater and after performing in many musicals and shows, she signed with her first talent agency in Cleveland at the age of 11. “I was an entertainer since I was born,” the actress stated in an interview with Glamour. “I would come up with these dances for my family and perform plays and make videos by myself with our home video camera. My parents just had faith in me, and thank God they did. They weren’t stage parents in the slightest. I’m just lucky they believed in me enough to help me pursue. I couldn’t have done it without them.”

After signing with her first talent agency at 11 years old, Reinhart landed her first on-screen role at 14 in the short film For Today. At 15 she appeared in another short film The Most Girl Part of You and that same year appeared in an episode of Law & Order: Special Victims Unit. Her bigger roles came after years of hard work and driving to auditions in New York from her home in Ohio after finding projects on online casting websites. While in New York she met her manager Dara Gordon in 2011 and began tackling her dreams of stardom.

Unlike Betty Cooper in Riverdale, Lili Reinhart has a great relationship with her mother and often refers to her as one of her closest friends. “My mom is like my best friend,” she told Teen Vogue. “And I tell her everything and we’re extremely close. Alice is more just like the authority figure in Betty’s life,” she said of her real-life mother versus her on-screen mom. She added, “I was 14 years old, and my mom would drive me from our home in Cleveland to New York City for auditions. My mom was a trooper.”

Although things have worked out pretty well for Reinhart now, there was a point not too long ago she was almost ready to already call it quits on her Hollywood career. At 18 years old she moved from Cleveland to Los Angeles on her own to embark on her career, but after five months with no success, she began to rethink her decision and went back home. “That was July 2015. And I sat around for six months and thought about whether I wanted to try again, and if I should go back out there. I did a self tape at home with my mom, and we sent in the tape and it didn’t go anywhere. But then I moved to L.A., and a couple days after I moved my manager was like, ‘so they still haven’t found that girl for Betty. I want you to go in again and try.'”

For some casts and actors and actresses it takes a while for chemistry to evolve, but it took no time at all for Reinhart and her Riverdale co-stars to become “one big family,” but it might surprise fans about some of the real-life relationships. There are rumors already swirling that Reinhart’s relationship with her on-screen love Cole Sprouse has made its way off-screen, and while she doesn’t discuss that, she is more than happy to talk about her friendships. Despite being best friends on the show, Reinhart and Victoria Lodge actress Camila Mendes didn’t have instant chemistry. “Like any friendship, it took time to build a bond and get really close to one another,” Reinhart explained. Meanwhile, despite playing a somewhat enemy to Betty and Veronica on-screen, it was Madelaine Petsch who plays Cheryl Blossom that Reinhart instantly connected with. “When we all got to Vancouver and first started hanging out, it was immediate closeness. We all immediately felt connected to one another. I live with Madelaine, who plays Cheryl. You can’t fake the closeness that we have.”

Friends was one of the most iconic shows on TV, and while Reinhart may be a bit too young to remember it on air, Netflix has opened the series up to a whole new generation of fans, and it has become important to how the actress unwinds. When she needs to relax and focus she just puts on Friends. “Putting that on in the background while I’m sitting on the couch, learning my lines looking at my computer. That, to me, is de-stressing.”

While acting has ended up working out quite well for the actress, it seems she most definitely could have been a makeup artist if she wanted a different career path. In her day-to-day life Reinhart wears very little makeup, but the doesn’t mean she doesn’t have serious talent which she puts on display around Halloween. “I love to do special effects makeup just for fun, for Halloween. I definitely love October because it gives me a good excuse to do face beat and use my special effects makeup. A few years ago I watched some tutorials and I was like, ‘This looks fun, and interesting,’ so I took it upon myself to buy a bunch of random special effects makeup and experiment and that’s how I got into it. Then, special effects slowly turned into more face paint and cosplay makeup. I definitely have a little makeup artist in me,” she admitted.