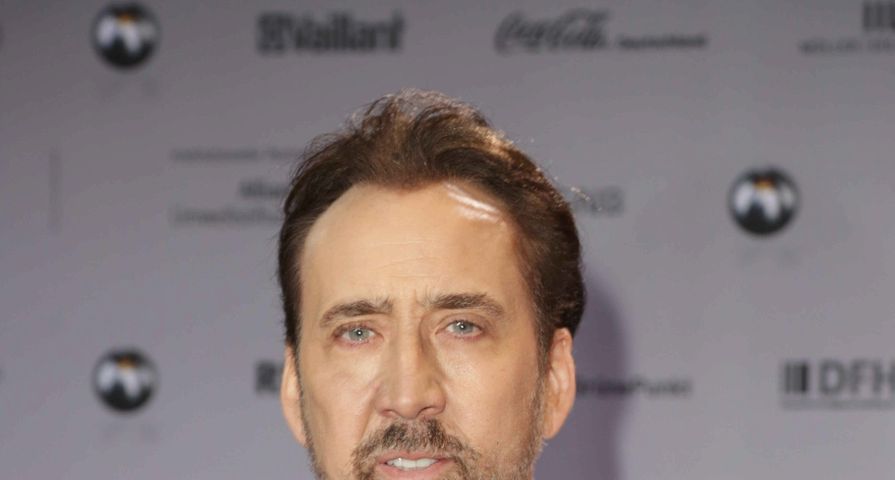 Nicolas Cage is a Hollywood icon who has become just as popular for his use in memes as he is for his numerous roles in the industry. As well as becoming one of the highest paid actors, he has also has garnered a reputation for being odd, which makes him even more endearing to fans. Despite decades in the spotlight now, there are still many things that a lot of people do not know about the talented actor! Here are 10 things not widely known about Nicolas Cage:

Nicolas Cage likes to be prepared and as it turns out, he already has his burial after his death all planned. In February of 2013, the actor bought a cemetery tomb in New Orleans. The nine-foot tall pyramid is engraved with the words “Omnia Ab Uno” which means “Everything From One,” but he never explained the significance of the tomb or why he chose it.

Along with all his personal success and accomplishments, Nicolas Cage is also credited with being the man who convinced Johnny Depp to seriously pursue acting. Back in the early ’90s Depp was pursuing a music career with his band and had recently married the bass player’s sister, Lori Anne Allison, who worked as a makeup artist. Through her job, Lori introduced Depp to Nicolas Cage, who then convinced Depp to take up acting, and sent him to his own agent, and from there Depp landed his breakout role in Nightmare on Elm Street.

Nicolas Kim Coppola was born on January 7, 1964, in Long Beach, California, to August Coppola and Joy Vogelsang. His father worked as a professor of literature while his mother was a dancer and choreographer, who also had two other sons, Marc and Christopher. Cage is the nephew of famed director Francis Ford Coppola and actress Talia Shire and is the cousin of Sofia Coppola, Robert Carmine, and Jason Schwartzman. When he decided to pursue acting, Nicolas changed his last name to Cage after the Marvel Comics superhero Luke Cage in order to avoid nepotism when auditioning for roles.

Thanks to fame in his family, Cage had plans to be an actor from an early age and after attending Beverly Hills High School he went on to attend UCLA School of Theater, Film and Television. Although he changed his last name to avoid nepotism, he did have trouble getting started and thought he hit it big when he landed a part in 1982’s Fast Times at Ridgemont High; however, most of his scenes were cut. Afterwards, he got a job selling popcorn at the Fairfax Theater, but after reading lines with actors who were auditioning for his uncle’s film Rumble Fish, he landed himself a part. That role was followed by a part in Valley Girl which officially launched his career.

As one of Hollywood’s top earners, Cage has all the money needed to buy whatever he wants, and he definitely isn’t frugal. On top of buying a pyramid tomb, he purchased a property on Paradise Island in the Bahamas in 2004 and two years later bought not one but two whole islands in the Bahamas. He also went on to purchase a medieval castle in Germany and then another castle in Somerset, England. He ended up selling both of the castles and one of the islands, however.

Unfortunately for Cage, all his major spending couldn’t save him from money troubles after the IRS filed documents against the actor over unpaid federal taxes. He had allegedly failed to pay $6.2 million in federal income in 2007 and a few hundred thousand more from 2002 to 2004. As a result, Cage sued his business manager for $20 million claiming negligence and fraud in not paying the taxes. His business manager then filed a counter lawsuit stating Cage was living beyond his means, stating in 2007 alone Cage bought three more residences that cost over $33 million, as well as 22 automobiles, 12 purchases of expensive jewelry, and 47 purchases of “artwork and exotic items.” In the wake of his legal and financial issues, two of Cage’s New Orleans properties were foreclosed and auctioned off. To top it off, in 2009, Cage’s ex and mother of his first son sued him for $13 million after she received an order to leave her house because of Cage’s financial problems. Then, in 2011 Cage was arrested on suspicion of domestic battery, disturbing the peace and public intoxication after witnesses saw him grab his wife’s arm aggressively while seemingly under the influence of alcohol. His $11,000 bail was posted by none other than Dog “The Bounty Hunter” Chapman, and the next month the charges against Cage were dropped.

In April of 1995, Nicolas Cage married his first wife, Patricia Arquette. Two shared a rather complicated relationship. They first met in the mid-80s at a deli in L.A. where Cage reportedly proposed to her right then and there. Arquette declined and jokingly gave Cage a list of outrageous “quests” he had to complete before she would marry him, but then he started doing them. As he started going through the list, Arquette found it less funny and started avoiding him! The pair, however, met again years later and fell in love and really got married!

Before marrying Patricia Arquette, Cage dated actress Christina Fulton and the pair welcomed their son Weston Coppola Cage in December of 1990, who is now a metal singer and welcomed his own son in 2014, making Cage a grandfather for the first time. Cage and Arquette’s divorce was finalized in 2001 and in 2002 he married Lisa Marie Presley but divorced only two years later in 2004. Cage then met his third wife Alice Kim, who worked as a waitress at a Korean restaurant Cage frequented. The couple welcomed their son Kal-El in October 2005 and were married for 12 years before separating in January 2016.

Like so many Hollywood stars, Nicolas Cage had rather strange incidents with stalkers. Back in the late ’90s, Cage claims he was stalked by a mime, stating, “I was being stalked by a mime – silent but maybe deadly. Somehow, this mime would appear on the set of set of Bringing Out the Dead and start doing strange things. I have no idea how it got past security. Finally, the producers took some action and I haven’t seen the mime since. But it was definitely unsettling.” He had another even more unsettling incident when he woke up in the middle of the night to a naked man wearing only a leather jacket eating a fudgesicle in front of his bed. Of the incident, he stated, “That was horrible. I mean, that’s as bad as it gets: 2 am and there’s a naked man standing in front of your bed watching your sleep. It’s not funny, but somehow people find it amusing.”

Since landing his first role in 1981, Nicolas Cage has now racked up 90 acting credits and has had many box office hits, but he could have had more. He was actually the first actor cast for the role of Randy ‘The Ram’ Robinson in The Wrestler but left the role when he realized he couldn’t buff up as much as they wanted, leading to the casting of Mickey Rourke. He was also up for the role of Harry in Dumb and Dumber and John Bender in The Breakfast Club. Two of the biggest roles he passed on or lost was Neo in The Matrix to Keanu Reeves, and Willy Wonka in Charlie and the Chocolate Factory to Johnny Depp.