9 Celebrities Who Got Married Just Months After Meeting 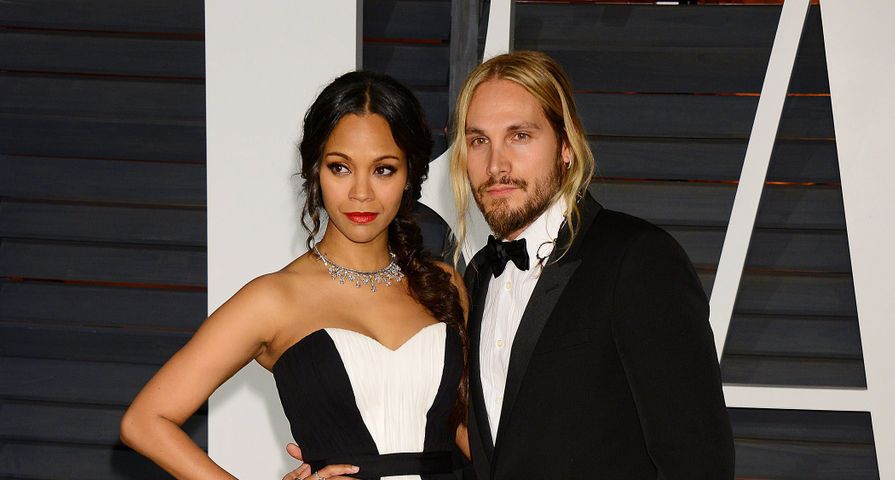 If you’re deep in love, why wait to get hitched? That’s the motto of several celebrity couples who decided to walk down the aisle after a very short courtship. Some of the couples are still together, while others got divorced after finding out that the honeymoon phase doesn’t last forever. Here are 9 celebrities who got married just months after they met:

Nicolas Cage had already been married and divorced twice when he met Alice Kim, a Los Angeles sushi restaurant waitress who is 20 years younger than he is. But they fell in love immediately after crossing paths in 2004 and got engaged after just two months of dating. The following year, Alice gave birth to their son, Kal-El. We didn’t expect the relationship to last, given the age difference and the fact that Nic’s marriage to Lisa Marie Presley was so brief (under a year), but it seems that Nic and Alice are in it for the long haul. She even stuck around when Nic reportedly got drunk, pushed her and spent a night in jail after being charged with domestic abuse, public intoxication, and disturbing the peace (the charges were later dropped).

Nobody was very surprised when Kaley Cuoco got divorced from tennis player Ryan Sweeting after just one and a half years of marriage, because the Big Bang Theory star got hitched so quickly. In August 2013, Kaley began dating Ryan after having been introduced by mutual friends. The following month, they made their official red carpet debut as a couple at the 65th Annual Primetime Emmy Awards. After just three months of dating, they became engaged and then got married on New Years Eve. They met, got engaged and got married in less than a year! Kaley knew that people thought their romance was an intense whirlwhind: “I kind of feel that I’ve known him my whole life. I know that it seems a little crazy on paper, but it’s what works for us,” she told Entertainment Tonight in September 2013. She also admitted to Ellen Degeneres, “I know it looks a little crazy to some people.” In September of 2015, the couple filed for divorce, citing “irreconcilable differences.”

Actress Carey Mulligan and musician Marcus Mumford got engaged after just five months of dating. It might seem sudden, but the pair had actually known each other since childhood, when they were pen pals. They married in 2012 at a celebrity-studded wedding — and by that time, they had been together for a year. They’re still going strong: Carey, now 30, gave birth to the couple’s first child, a daughter named Evelyn, in September of this year. Friend Sienna Miller says of the couple: “They both come from very solid families and have a real sense of the life they want to live. Their normalcy. They have chickens and a dog, and roasts and friends, jams by campfires. It’s sort of idyllic. Marcus can headline Glastonbury and Carey can be nominated for however many Oscars, and then they come back to their farm, and they’re in big woolly jumpers and funny hats, raising piglets. It’s an amazing balance they’ve managed to strike.”

Actress Nikki Reed and former American Idol contestant Paul McDonald didn’t waste any time getting to the altar, either! After just two months of dating, they got married in October 2011. Unfortunately, it didn’t work out for the couple: They gave the marriage a try for a few years but split up in March 2014 and officially filed for divorce two months later. In January of 2015, their divorce was finalized. Nikki has since moved onto Vampire Diaries actor Ian Somerhalder — just a couple months after she was officially divorced from Paul, she got married to fellow animal lover Ian in a super-secret ceremony in Topanga Canyon, California. What’s the rush, girl?

When pop superstar Mariah Carey and rapper/actor/host Nick Cannon got married in April 2008, they had only been dating for a month — and they hadn’t even had sex or gotten a prenuptial agreement! They went on to have twins, Monroe and Moroccan, but the marriage didn’t last: Mariah and Nick broke up in August 2014 after six years of marriage, deciding to live separately. Then in January of this year, Nick filed for divorce. The couple reportedly began fighting a lot after rumors of infidelity on Nick’s part, and continued to explore their messy split publicly: while Mariah aired their dirty laundry in a diss song called “Infinity,” Nick signed a deal to write a tell-all book about their relationship.

Few celebrities have had the complicated whirlwind relationship of reality star Khloe Kardashian and NBA player Lamar Odom. They first met at a party in August 2009 and walked down the aisle just one month later in Los Angeles. Rumor has it that Khloe was trying to create buzz for her reality show as the ceremony was filmed for an episode of TV. But Khloe and Lamar took their relationship seriously and really seemed to be in love. They didn’t split up until December 2013, after Lamar battled many personal issues such as substance abuse. “When you genuinely feel like that was the right relationship, you’re supposed to give it all you can. That’s what marriage is about,” Khloe said of her relationship philosophy. Eventually they signed divorce papers, but because of a backlog at the courthouse, their divorce was never finalized — and after Lamar suffered a drug overdose in a Las Vegas brothel this year, Khloe came to his side and they decided to call off their divorce.

These celebrities may have the record for the shortest time before marriage: four days. “It really was love at first sight. I only knew him four days before I married him,” Pamela told People magazine, also calling Tommy “the love of my life.” The Baywatch actress and rock star were married for three years and had two boys together, Brandon and Dylan. “I had beautiful children with him,” she continued. “My kids are grateful to be born out of true love. Everything else I was trying to piece together.” She says that even after they divorced, they remained friends as they co-parented their kids. “There’s a connection there that will always be,” she explained.

A lesser-known celebrity couple is actor Giovanni Ribisi and British model Agyness Deyn, who walked down the aisle in 2012, just three months after they both broke up with other people. Unfortunately, their short courtship didn’t spell success for marriage: they separated in December 2014 and filed divorce papers a month later, citing irreconcilable differences as the reason for their split. When InStyle magazine asked Agyness about her marriage in 2013, she responded, “I don’t know. I suppose you meet someone and you’re just like… you know.” She added, “Obviously, if someone’s marrying someone, they’re bringing a lot of really good stuff… So…” Wow. Clearly she’d really thought it all through! She also told Vogue, “I love being a wife! When you know, you know” and that “Every day is a honeymoon.”

Actress Zoe Saldana married Marco Perego in a secret London ceremony in the summer of 2013. They had only been romantically linked for a month, but they had actually known each other for some time. “We found each other, and it was that desire and not that necessity that put us together,” Zoe said of her man. She says that figuring herself out was key before settling down: “I’m very happy that it happened before I met him, because I didn’t want somebody to give me the answers that I should find for myself,” she said. Marco was so in love with her that he decided to take her name; she warned him that people might criticize or emasculate him for it, but he responded, “I don’t give a sh–.” In late 2014, Zoe gave birth to twins, Bowie and Cy.