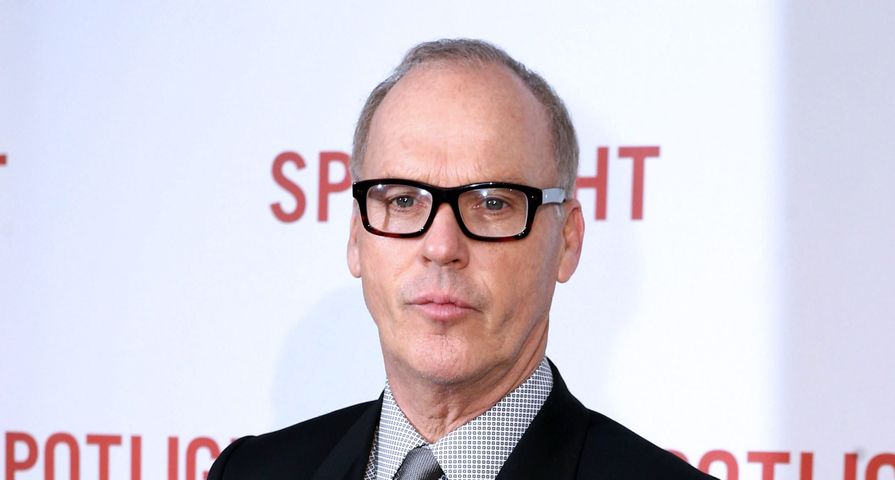 Michael Keaton is an extremely diverse actor who’s dabbled in everything from comedies and rom-coms to action films and thrillers — he does it all! Keaton rose to fame back in the ’80s with roles in popular projects like Beetlejuice, Night Shift, Batman and Batman Returns and lately his career is back on the rise thanks to his roles in the critically acclaimed Birdman and Spotlight, and the new Spider-Man adapatation Spider-Man: Homecoming. Despite being in the business for a long time, not much is known about Keaton. He’s remained quite private with his personal life and isn’t big on living the life of fame and fortune. In honor of his upcoming birthday, here’s a look at 10 things you probably didn’t know about Micheal Keaton!

Michael Keaton was born on September 5, 1951 in Coraopolis, Pennsylvania. His mother, Leona Elizabeth, was a homemaker and his father, George A. Douglas was a civil engineer and surveyor. He is the youngest of seven siblings with three brothers and three sisters. Keaton went to Kent State to study speech, but dropped out after only two years. He moved to Pittsburgh to pursue a career in stand-up comedy. It didn’t quite work out the way he wanted and he ended up working as a production assistant on Mister Rogers’ Neighborhood. He appeared on screen as one of the “Flying Zookeeni Brothers” and began acting in the Pittsburgh theatre. It was during this time that he realized he wanted to become a serious actor, so he gave up on being a comedian and started over again. He moved from Pittsburgh to L.A. and began auditioning for television roles while working as a cab driver and an ice cream truck driver to pay the bills.

His love life definitely flies under the radar most of the time, but Keaton has had some significant relationships. He was married to fellow actress Caroline McWilliams from 1982 to 1990. The couple shared one son together, Sean Maxwell Douglas. In 2010 she passed away from multiple myeloma in her home in California. In an interview with Elle, Keaton was asked about what it was like to lose an ex spouse. “My sister and my brother both lost ex-spouses, and both said, ‘This is going to be harder than you think.’ And the feelings that came up were odd, but not in a bad way, necessarily, because we had remained close. She was a remarkable mom. Sean is the great guy he is because of her – we’ve always been tight, but now the bond’s even tighter. We’re the family now,” he said. A year before his divorce from McWilliams was finalized, he began dating Courteney Cox during her pre-Friends fame from 1989 to 1995. He also had a relationship with Michelle Pfeiffer and years after the fact they had to work together on the set of Batman Returns.

Keaton owns a ranch in Montana and it’s where he spends most of his summers. One of his favorite things about this particular home is that he can go fly-fishing in the local streams. He’s an avid fisher — it’s a hobby he picked up back when he was 25. “My favorite thing is this: Your day’s kind of complete. You did everything you had to get done and you’ve got about an hour left of, it’s dusk. You walk and say, ‘I’m going to take a walk down to the creek.’ You grab your rods, just take a walk down. You look. There might be a hatch. You catch one nice fish and go home,” he said. “What an unbelievable luxury I have that I can even think about doing that. Go down and catch a wild trout out of a stream in the evening? I mean, come on, that’s like a little kid’s dream.”

7. He was Originally Cast in Lost

Now that the show has come and gone it’s hard to picture it, but Michael Keaton was supposed to play the role of Dr. Jack Shepard in Lost. He was the original actor cast in the role, but he dropped out after it was decided that Shepard wasn’t going to be killed off in the pilot. It was the network who decided the character stay on longer because they thought it would make the show better, thus more profitable. Unfortunately, this was a deal breaker for Keaton. When he left, Matthew Fox took on the role.

Standing tall at 5’9″ Michael Keaton still remains the shortest actor to portray the popular Batman superhero. Tim Burton cast him as the fourth Batman for the 1989 film because he thought he was the only character who could portray the “darkly obsessive personality that the character has.” When the news broke that he would be cast, fans were outraged. They didn’t think he could pull it off and thought for sure it would be a disaster. There was so much bad hype around it that Warner Bros. had to release an advance trailer for the movie to prove that he could play the role and that the film wouldn’t be “campy.” The films were a success, but when Keaton was asked to participate in a third Batman film and even offered $15 million for it, he turned it down. He said he had good reason because, “It sucked. Yeah, it was just awful.”

Keaton had some bad luck in the past with losing roles over creative differences. He was first offered a role in Ghostbusters as either Peter Venkman or Egon Spengler, but turned down both parts. He was then cast in Woody Allen’s The Purple Rose of Cairo, but after filming some scenes, Allen decided it wasn’t working and he was replaced with Jeff Daniels. The same thing happened with Mystic River when he was cast as Sean Devine. He filmed scenes for the project, but he butted heads with Clint Eastwood and eventually opted to leave the film. He was considered for a number of roles that he was never actually offered: Jack Crawford in The Silence of the Lambs, Dr. Curtis McCabe in Vanilla Sky, Capt. Jack Sparrow in Pirates of the Caribbean: The Curse of the Black Pearl and the role of Lt. Col. Kazinski in Jarhead.

He’s an avid football fan and cheers for the Pittsburgh Steelers. He grew up five miles from the former Steelers coach Bill Cowher’s hometown of Crafton, Pennsylvania. Keaton is such a huge fan that he negotiated a break in his contract when he signed on to play a role in the Batman franchise just in case the Pittsburgh Pirates made it into the playoffs! He’s written a blog for ESPN specifically on the Pirates during the final months of their 2013 season when the team made the playoffs for the first time since 1992. You can often find Keaton in the crowd at any Pittsburgh Penguin or Steelers game.

Even though he’s widely known as Michael Keaton, his real name is actually Michael Douglas. He changed his surname to Keaton after he moved to L.A. and began pursuing a career in acting because he didn’t want there to be any confusion with fellow and better-known actor, Michael Douglas. There were many rumors swirling around that he chose the name ‘Keaton’ because of actress Diane Keaton, but he’s stated that his is not true at all and that he chose the name randomly. He never legally changed his name, so although he’s widely recognized as Keaton, he’s legally referred to as Michael Douglas.

2. He Loves the Midwest

Michael Keaton isn’t the typical Hollywood boy who loves to be in the spotlight. He’d much rather be secluded from fame and out living on any one of his various ranches. He’s got ranches in California, Santa Barbara, and Montana. His favorite spot is out in Montana where he can enjoy the good old Midwest. “From the time I was a kid, I was crazy about anything having to do with the West. I’d look at all these photos of Montana, and they all seemed so magical and majestic. I just wanted to go west, and I finally did it when I was barely 21. I went off to volunteer at a Navajo reservation in New Mexico. Then I hitchhiked to California, and I hitchhiked to Reno, and from there…this sounds weird, but I can’t remember how I got back to Pittsburgh. I have no idea how I managed to find my way home,” he said.

1. His Lull From Fame

It’s no secret that Michael Keaton kind of fell off the Hollywood map for a while. He made a strong entrance into the acting world with his role in Beetlejuice and he kept the momentum going with films like Clean and Sober, Mr. Mom and of course, Batman. But then he kind of fell off the map with a few bad movie choices and then he started getting really picky with the roles he chose. So where has he been all this time? “[I’ve been] a person living life. It’s not very complicated. I mean, certainly, I didn’t drop out. There were a lot of people who weren’t knocking on my door, but there were some people knocking on my door, and I was going, ‘That’s not really what I want to do,'” he said. Keaton also admitted he kind of lost interest in the business, that is until the script for Birdman landed on his doorstep. He did dabble in a bit of producing and directorial work, but his real skill is in front of the camera. Keaton is now making a comeback — his last two projects were huge and both happened in the past two years! He landed roles in two critically acclaimed feature films, first as the leading man in Birdman and then in Spotlight and then he returned to the big screen with Spider-man: Homecoming.