Actors You Wouldn’t Believe Have Never Won An Oscar 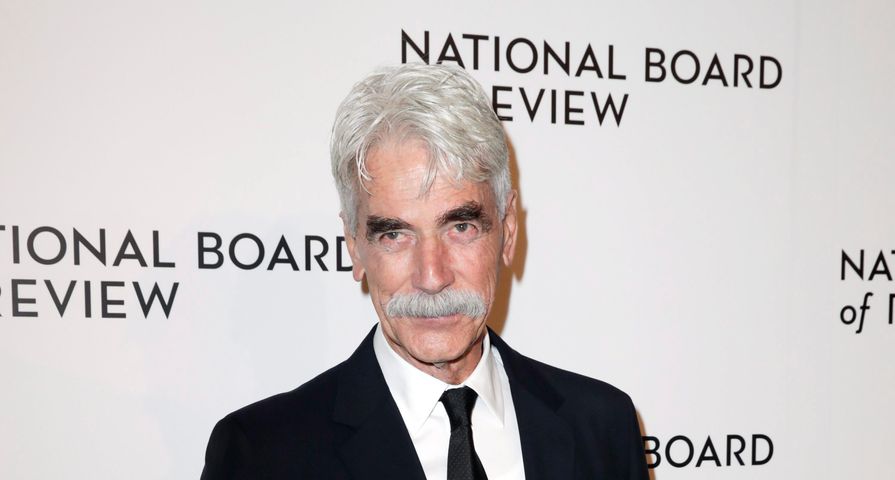 There are some stars who have shined at the top of the Hollywood A-list for quite some time and as such have appeared in several major films. With a huge fan base and constant nominations, it is truly surprising to find out that some of them have never been honored with a prestigious Academy Award. Many times fans we’re sure it would be the year for a certain actor, but they still went home empty-handed. Through incredible performances and gripping movies, we are truly stunned that these men have never won an Oscar for their acting!

Will Smith may have began his career as the Fresh Prince of Bel-Air but his ascent into one of the Kings of Hollywood was seamless. Not many sitcom stars can master becoming major box office stars, but Smith has done it with years of great films in varying genres under his belt. While he has numerous awards to his name, an Oscar is not one of them, and he has only been nominated for two throughout his entire career. In 2002 he was nominated for Best Actor for his role in Ali, he scored his second nomination for Best Actor in 2007 for The Pursuit of Happyness, but he surprisingly did not win either one.

Ralph Fiennes is without a doubt one of Hollywood’s most underrated actors. Despite turning in amazing performance after amazing performance, his efforts go largely unrecognized when it comes to major awards. From Amon Goeth in Schindler’s List to Almasy in The English Patient and of course Voldemort in Harry Potter, Fiennes has always immersed himself completely in his characters, but it has only ever garnered him two Oscar nominations. In 1994 he was nominated for Best Actor in a Support Role for Schindler’s List and in 1997 was nominated for Best Lead Actor for The English Patient. It will be a shame if Fiennes goes his entire career without at least one Academy Award honoring his work.

Brad Pitt’s career has had its up and downs since the ’80s, and without a doubt he has become of the iconic faces of Hollywood. While some criticize his acting, he has had a few rather phenomenal performances making it very surprising he has never won an Oscar. He has been nominated for a Best Actor in a Supporting Role for Twelve Monkeys, as well as Best Performance by an Actor in a Leading Role in The Curious Case of Benjamin Button and Moneyball, for which he also received a Best Motion Picture of the Year nod. While he did accept the award as part of the supporting cast when 12 Years A Slave took home its Best Picture win in 2014, it wasn’t for Pitt specifically. With so many of his best performances already not winning him a coveted Academy Award, the question remains, what will it take?

Edward Norton has proved his worth as an industry chameleon. His versatility for roles has had him portray all kinds of different leads, and he’s even taken on a superhero franchise with The Hulk. After so many major performances, Norton still does not have an Oscar and in fact has only been nominated for one three times. He was nominated for Best Actor in a Supporting Role for Primal Fear and for Best Actor in a Leading Role for American History X, and for Best Supporting Actor in Birdman. Without a doubt, all performances were iconic in the industry yet not enough to get him an Oscar.

After over forty years in the industry Bill Murray has become one of the major pop culture icons of this generation. He is mentioned frequently in movies, and is highly regarded as one of the best in the industry and, if it wasn’t shocking enough that he has never taken home an Oscar win, he has only ever been nominated for one. Through all of his performances it wasn’t until 2004 that he finally was nominated for Best Actor in a Leading Role for Lost in Translation. Unfortunately he lost out to Sean Penn in Mystic River, and has never had the opportunity for a win before or since.

Heading into his 70’s it would seem Ed Harris’s career is winding down, but many are hoping he lands at least one Oscar win before he retires. Despite his many amazing performances, Harris has never won an Academy Award, but he has had four nominations. Harris has landed three Supporting Actor nods with 1996’s Apollo 13, 1999’s The Truman Show, and 2003’s The Hours, and in 2001 he was nominated for Best Actor in Pollock. Of all the actors out there, many feel that Harris has been severely overlooked when it comes to the Oscars.

Samuel L. Jackson is living proof that being a box office star doesn’t necessarily translate into Oscar wins. The incredible actor is one of the highest-grossing actors of all time and has found himself in some of Hollywood’s biggest and most notable films but has never won an Oscar. Even more surprising is that despite over 180 acting credits to his name, he has only been nominated for one Oscar and that was back in 1994 for his Supporting Role in Pulp Fiction. If even Jackson’s incredible career can’t produce an Oscar than most other actors don’t stand a chance.

Michael Keaton is everything anyone could want in an actor. He’s talented, handsome, original, dedicated and versatile, yet through everything he has produced over the years, it wasn’t until 2015 that he got his one and only Oscar nomination. After winning the Golden Globe for Best Performance by an Actor in Birdman, many thought he was undoubtedly taking home the Academy Award as well, but the award instead went to Eddie Redmayne. If Birdman didn’t cut it, we don’t know what will for Keaton.

Sylvester Stallone spent a lot of his career churning out fantastic (yet not Oscar worthy) action movies. While they remain fantastic, he has also produced truly inspiring performances all while also becoming one of the most respected men in the industry for his work both in front of the camera and behind the scenes. Through his career, Stallone has only been nominated for three Oscars, one for Best Writing, Screenplay Written Directly for the Screen for Rocky in 1977, as well as Best Actor in a Leading Role that same year for his portrayal of Rocky. In 2016, he was nominated for Best Performance in a Supporting Role for his reprisal of Rocky in the spin-off Creed, but he didn’t win.

Sam Elliott’s career has now spanned five decades and he seems to only get better and more charming with age. With one of the most recognizable voices in Hollywood and the ability to turn in a dramatic performance that always has audiences applauding, it is incredible to know that he has never won an Oscar. If that wasn’t surprising enough, Elliott has only been nominated for one Oscar, and it didn’t come until 2019 when he was nominated for Best Performance by an Actor in a Supporting Role for the 2018 remake of A Star Is Born.

Liam Neeson is a well-known face in Hollywood, having been a formidable presence in films since the ’80s. Shockingly, Neeson has only been nominated for one Oscar which was back in 1994 for Best Actor in a Leading Role in Schindler’s List; however, he did not win. Through his numerous roles since Neeson has not been nominated again which is surprising to many, and as he himself has said he only has a few acting years left, so his time to get an Oscar is dwindling.

Sir Ian McKellen is an incredible actor who has now accumulated 109 acting credits to his name and has never turned in a less than stellar performance in his decades as an actor. While this is true, he has only been nominated for an Oscar twice. Once was in 1999 for Best Actor in a Leading Role for Gods and Monsters and again in 2002 for Best Actor in a Supporting Role in The Lord of the Rings: The Fellowship of the Ring. If being Gandalf in the Lord of the Rings isn’t enough for an Oscar, we have no idea what is.

Given the sheer amount of major acting roles Johnny Depp has had, you would assume the odds would mean he has to have at least one Oscar win, but he surprisingly does not. Out of all of his iconic roles, Depp has only been nominated for an Oscar three times; once in 2004 for Best Actor in a Leading Role for Pirates of the Caribbean: The Curse of the Black Pearl, in 2005 for Finding Neverland; and in 2008 for Sweeney Todd: The Demon Barber of Fleet Street. Depp has won numerous other awards, but given his dedication and commitment to each and every role, we have no idea just what it will take for Depp to finally win an Academy Award.

Harrison Ford has been a well-established Hollywood icon for quite awhile with a career that has spanned not only many decades but many major film franchises. Every performance Ford gives, he knocks it out of the park and has fans screaming for more but, for reasons unknown, he has only ever been nominated for one Oscar in 1986 for Witness. His acting skills are incomparable to most, and he is always well received by critics, yet he remains without an Academy Award.

Since beginning his acting career on the TV show Alias over a decade ago, Bradley Cooper has gone from taking small parts in mediocre movies to landing leading roles in critically acclaimed films. Although he’s been nominated for four Oscars — two Best Actors nominations for his roles in Silver Linings Playbook and American Sniper, one for Best Supporting Actor nomination for his performance in American Hustle, and one for Best Picture for American Sniper — it is really only a matter of time before he finally takes home the coveted award.