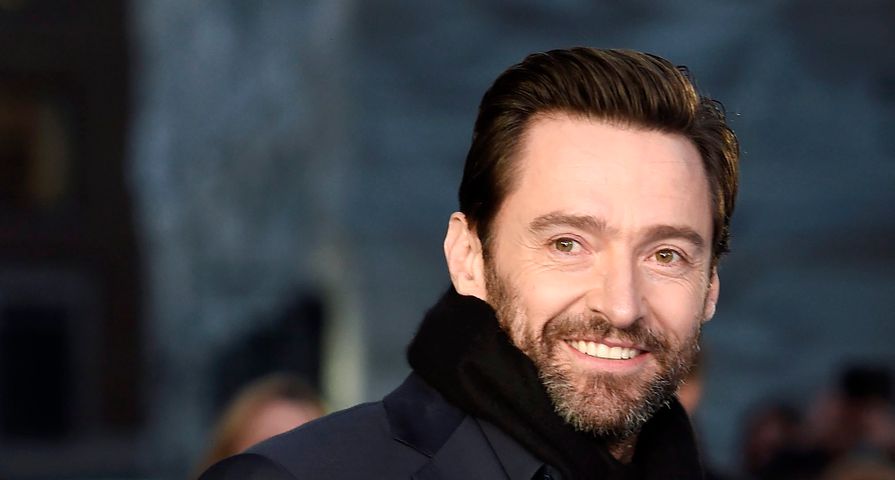 Hugh Jackman is one of those celebrities that refuses to be typecast. He is an actor, a singer and a producer and has played a major role in films spanning almost every genre from action to romantic comedy to musicals. Without a doubt, Australia produces some amazing actors, and Hugh Jackman is a prime example of that. Between his talent and charm, he has a large and loyal fanbase, so here are 10 things you didn’t know about him!

Unfortunately, Hugh Jackman had an ongoing battle with skin cancer which required him to seek treatment three times. He revealed in 2013 that his wife noticed a spot on his face and he had to have basal-cell carcinoma removed from his nose as a result. In May of 2014 he had to have a second carcinoma removed, and later that year revealed he had to be treated a third time, but this time urged fans to wear sunscreen and to get checked if they find any abnormalities on their skin.

Hugh Michael Jackman was born on October 12, 1968 in Syndey, New South Wales, to Grace McNeil and Christopher John Jackman, and was the youngest of five siblings. When he was eight years old his parent’s split up, and it divided his entire family as Hugh and his two brother’s remained with his father in Australia, while his mother moved back to England with his two sisters.

Throwback Thursday should be renamed The Awkward Years.

Although it seems like Jackman’s parent’s divorce was like any other, it really wasn’t, as he once opened up about clearly remembering the day his mother abandoned them. According to Jackman, she walked out “unexpectedly,” and he remembers saying goodbye to her before leaving for school and coming back to an empty house. “When I got home, I knew that Mom had left. I just had a funny feeling in the house,” he stated. Now he says he has forgiven her and they have repaired their relationship. “She had very severe postnatal depression after I was born that played into it. I think sometimes life gets to be too much for people.”

Jackman never really thought of acting as his future career and when he was young his one goal was to travel and see the world. “I used to spend nights looking at atlases. I decided I wanted to be a chef on a plane. Because I’d been on a plane and there was food on board, I presumed there was a chef. I thought that would be an ideal job.” He ended up attending the University of Technology, Sydney where he graduated in 1991 with a BA in Communications and was only acting as a “hobby.”

After University and really finding his place within the drama community, Hugh Jackman finally thought acting could be a career. “It wasn’t until I was 22 that I ever thought about my hobby being something I could make a living out of. As a boy, I’d always had an interest in theatre. But the idea at my school was that drama and music were to round out the man. It wasn’t what one did for a living.” Eventually, he was offered a role on the hit Australian soap opera Neighbors, but turned it down to pursue more education at the Western Australian Academy of Performing Arts. On the very night of his final Academy graduation performance, the soon-to-be star got a phone call offering him a role on a 10-part drama series, Correlli, officially launching his career. Jackman likes to joke, “I was technically unemployed for thirteen seconds.”

Like almost everyone else, even Hugh Jackman has a celebrity crush, but unlike a lot of people, he has been able to meet his! It seems when he was young, Jackman’s crush was none other than Olivia Newton-John, and in 2000, John Travolta introduced the two while Travolta and Jackman were filming Swordfish together. Upon meeting her, he confessed that he when he was in elementary school he kept a poster of her under his desk, and he would kiss the poster everyday.

In 1999, Jackman landed perhaps his biggest role of all when he was cast as Logan/Wolverine in X-Men. Jackman got the role after Dougray Scott had to drop out after being initially cast because of scheduling conflicts, and then Russell Crowe was contacted for the part, but because he also couldn’t take it, he personally recommended Jackman. While one of his biggest roles, it was one of the most difficult because of Wolverine’s intense emotions but very few lines, causing Jackman to turn to Clint Eastwood in the Dirty Harry movies and Mel Gibson in Road Warrior for inspiration. “Here were guys who had relatively little dialogue, like Wolverine had, but you knew and felt everything. I’m not normally one to copy, but I wanted to see how these guys achieved it.”

Jackman met Australian actress and producer Deborra-Lee Furness during his time on the TV show Correlli, and the two were married on April 11, 1996. Early on in their marriage Furness unfortunately suffered two miscarriages, so they ended up adopting two children: a son, Oscar, in May 2000 and a daughter, Ava, in July 2005.

As well as being one Hollywood’s A-list stars, Hugh Jackman has branched into other areas of the industry including his own production company. In 2005, Jackman along with his wife and longtime assistant John Palermo came together to form Seed Productions and they even went and made three ring with a “unity” inscription to show their commitment to the company.

For a lot of his roles such as in X-Men and Real Steel, Jackman was asked to be peak physical condition, and while the work is hard, he actually enjoys it! In order to get ready for the roles, he usually has to spend at least three hours a day in the gym and eat lean meals every two hour. As a result, he has been able to bench press over 300 pounds and leg-press 1000 pounds. “I’m someone who likes routine and discipline. I kind of revel when I’ve got structure,” Jackman said of liking his strict workout and diet routines.