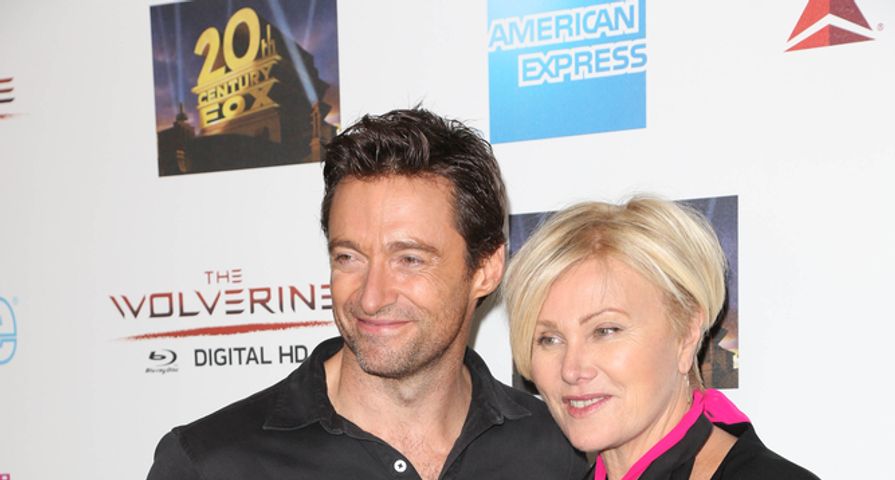 Large age gaps are often a concern in romantic relationships, but there are quite a few celebrity couples who are proving that sometimes, age just doesn’t matter when it comes to love. These eight successful Hollywood couples are all happily married and sticking with what works for them, despite the vast differences in their ages. Scroll through to see the happiest Hollywood couple with the largest age difference.

One of the most recent celebrity couples with a big age gap are musicians Jay-Z and Beyonce. The couple met in the early 2001, when Beyonce was 19 and Jay-Z was 31. Their 12 year age difference hasn’t made a difference in their relationship, however. The couple married in 2008 and welcomed their first child, Blue Ivy, in 2012.

Unlike many couples with an age gap, Hugh Jackman is the younger partner in his marriage. Jackman, now 45, is 13 years younger than his Australian actress wife, Deborra-Lee Furness. The couple met in 1995 while filming an Australian television series. They married the following year and have been happily married since. The couple has two adopted children.

For many years, Warren Beatty was known as a playboy of Hollywood, dating the biggest stars and never settling down. All of that changed, however, when he met Annette Bening, 21 years his junior, while they were filming the movie “Bugsy,” in 1991. The couple married in 1992 and have been together ever since, with Beatty’s playboy past far behind him. Bening and Beatty have four children.

Harrison Ford had already tried his hand at marriage twice before meeting actress Calista Flockhart at the 2002 Golden Globe Awards. It was nearly love at first sight, though, despite the difference in their ages. Flockhart is 22 years younger than Ford. The couple began dating right away, and finally tied the knot in 2010, with a small ceremony in New Mexico. The couple is now happily raising Flockhart’s adopted son, Liam, together.

Celine Dion met her manager, Rene Angelil, in 1980, when she was just 12 years old. At the time, Angelil was 38, giving them an age gap of 26 years. The pair became closer and closer as they worked together, and they were officially dating by 1987. Dion and Angelil married in 1991 and have been together ever since. After a long struggle with infertility, the couple welcomed their first child, Rene-Charles, in 2001. Since then, Dion and Angelil have had two more children, twin boys named Nelson and Eddy.

Woody Allen’s romance with his wife Soon-Yi Previn was a bit of a scandal when it began. At the start of their romantic relationship in 1991, Allen was still dating Mia Farrow, Previn’s adoptive mother, and also mother to three of Allen’s children. In addition, there is a 35 year age difference between Previn, who is now 42, and Allen, who, as of 2013, is 77. After the split between Farrow and Allen, Previn and Allen continued their relationship. The pair married in 1997, and, although their relationship caused both a scandal and family rift, they are now known as one of the most romantic and in love couple in Hollywood.

Between his roles in film franchises such as “X-Men” and “Star Trek,” his work in theater and his voice acting career, Patrick Stewart is a busy man. However, he still finds time for romance and marriage. In 2008, while working on a play, Stewart met and began dating Sunny Ozell, a jazz musician 38 years his junior. The couple began living together in 2012 and married in late 2013. Although their marriage has, so far, been short, it seems that the pair is set for many happy years together, despite their age difference.

When Dick Van Dyke spotted make-up artist Arlene Silver at the SAG awards in 2006, he immediately felt the need to go over and introduce himself to her. Silver, 46 years Van Dyke’s junior, apparently felt the same attraction. Although the couple did not begin dating right away, their romance blossomed. In 2012, the couple was married, and they are now living happily together.