Home » Entertainment » Celebrities » Things You Might Not Know About Harrison Ford 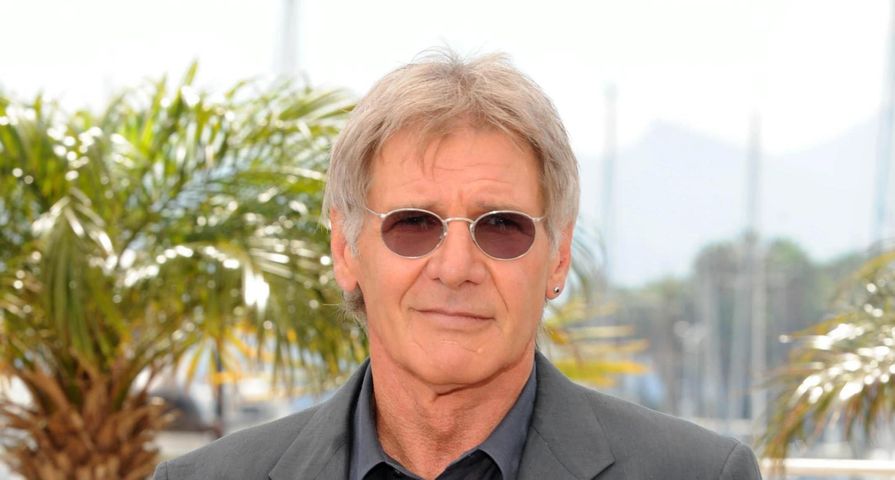 Harrison Ford is the type of actor that easily attracts millions of fans with his quick humor, easy charm and unbelievable amount of talent. It is safe to say he has become one of Hollywood’s most iconic actors with some of the biggest roles in the biggest franchises in film history so far. Despite all of his fame and fortune, he has remained down-to-earth and friendly to fans, and also impressively private. For decades many have flocked to his movies and loved him from afar, and there is just so much to know about the star! Check out 10 things you never knew about Harrison Ford:

Harrison Ford was born on July 13, 1942 at the Swedish Covenant Hospital in Chicago to Dorothy and Christopher Ford. His father was an advertising executive and actor while his mother worked as a radio actress. In 1945 the Ford’s welcomed another son, Harrison’s younger brother, Terence. Ford spent many years in the Boy Scouts of America and finished with the second highest rank, Life Scout. In 1960, Ford graduated from Maine East High School in Park Ridge, Illinois where he was the first student to be broadcasted on the school’s new radio staton, and was the school’s first ever sportscaster for his senior year. He went on to attend Ripon College in Wisconsin where he majored in philosophy, but did not graduate with a degree.

Before breaking into acting, Harrison Ford was a very well-known carpenter in Los Angeles. He learned the trade through library books and soon built a deck for actress Sally Kellerman and had a reputation as one of the best carpenters in the city, earning many wealthy clients. He then became a stagehand for the rock band The Doors, and has continued with carpentry as a hobby even through his super successful acting career. Ford most notably built the ranch house that he and his family live in in Jackson Hole, Wyoming.

For most of his career, Ford has been an active conservationist and is the vice-chair of Conservation International. He has lent his voice to many public service messages promoting environmental involvement for EarthShare, and in 1993 he was honored by an arachnologist who named a new species of spider Calponia harrisonfordi after the actor. Then in 2002, he was honored again when entomologist Dr. Wilson named a new ant species Peidole harrisonfordi. Unfortunately, Ford has never met one of his namesakes, stating, “I’ve seen pictures, as they say, but I have not run across one I recognized crawling on the ground.”

One of Harrison Ford’s trademarks has become a noticeable scar on his chin. In Indiana Jones and the Last Crusade, the scar is explained when a young Indiana Jones (River Phoenix) hits himself in the face the first time he tries to use a whip. In Ford’s 1988 film Working Girl, his character states he got the scar in a knife fight, then admits it was from fainting and hitting his chin on a toilet after getting an ear-piercing. In real life, however, Ford got the scar in 1968 after he attempted to put his seatbelt on while already driving. As a result he lost control of the car and hit his chin off the steering wheel in the crash.

Ford holds the recognition of starring in a film that has grossed at least $100 million at the U.S. box office for five consecutive decades. By 2007, Ford’s combined grosses in the domestic box office totaled approximately $3.10 billion, which worldwide approach the $6 billion mark. This insane amount of earnings for his film landed him as the third all-time box office star behind Eddie Murphy and Tom Hanks. Of course, that all changed when he reprised the role of Han Solo for the 2015 record-breaking film Star Wars: The Force Awakens. Thanks to the film, Ford was named the highest grossing US domestic box office star in history.

At one point in his career, Ford was Hollywood’s highest-paid actor, which is a long way to come for the actor who started his career with a salary of $500 a week for his role in 1973’s American Graffiti. He got bumped up to $1000 a week for his first turn as Han Solo in Star Wars, and then earned $100,000 for The Empire Strikes Back and $500,000 for Return of the Jedi. In 2015, he was paid $25 million plus five percent of the gross to reprise his role in The Force Awakens, which alone is staggering. Then, there are Ford’s other numerous major roles, most notably the Indiana Jones franchise, which means all together Ford now has a whopping net worth of $230 million!

For much of his life, Ford has had an interest in flying and is a private pilot of both fixed-wing aircraft and helicopters. He first began flight training in the 1960s and now owns quite a few of his own aircrafts. In 1999, Ford was involved the crash of a helicopter after a routine training flight went awry, and despite a dramatic crash, Ford and the instructor were not injured. In 2000 and 2001, Ford then became a real-life hero when he used his training as a pilot to help rescue a lost hiker off a mountain near his Wyoming home, and then rescued a lost 13-year-old Utah Boy Scout. Then, of course, in 2015 Ford made headlines after the Ryan PT-22 Recruit he was piloting made an emergency landing on a California golf course after suffering engine failure. Ford suffered many cuts and bruises as well as a broken pelvis and broken ankle due to the accident.

Ford married his first wife, Mary Marquardt, in 1964 and together they welcomed sons Benjamin and Willard before their divorce in 1979. He then married screenwriter Melissa Mathison with whom he welcomed another son Malcolm and daughter Georgia. Mathison was best known for writing the screenplay for the 1997 film Kundun and 1982’s E.T. The Extra-Terrestrial. Mathison and Ford split in 2001, and in November 2015 she passed away at the age of 65. In 2002, Ford met actress Calista Flockhart at the Golden Globe Awards and the pair began dating immediately. He ended up adopting her son Liam, and proposed to Flockhart in 2009. The pair finally married on June 15, 2010 in New Mexico where Ford was filming Cowboys & Aliens.

Although they split in 2001, Ford and Mathison’s divorce wasn’t finalized until 2004 and at the time was Hollywood’s most expensive divorce to date after Mathison walked away with $85 million. It is now the fourth most expensive divorce in Hollywood history behind Amy Irving and Steven Spielberg, Neil Diamond and Marcia Murphey, and Michael Jordan and Juanita Jordan.

Despite a long and storied career, it is interesting to note that it seems the actor Ford has crossed paths most, when it comes to roles, is Kevin Costner. For 1997’s Air Force One, Ford only got the starring role after he replaced Costner when Costner had to turn the part down because he was still filming The Postman, but he was the one that suggested Harrison take his place. In 2002, Ford returned the favor when he was offered the part of the lead for the film Dragonfly, and after explaining he wanted time off, the role was given to Costner. In 1990 both actors turned down the role of Jack Ryan in The Hunt for Red October.