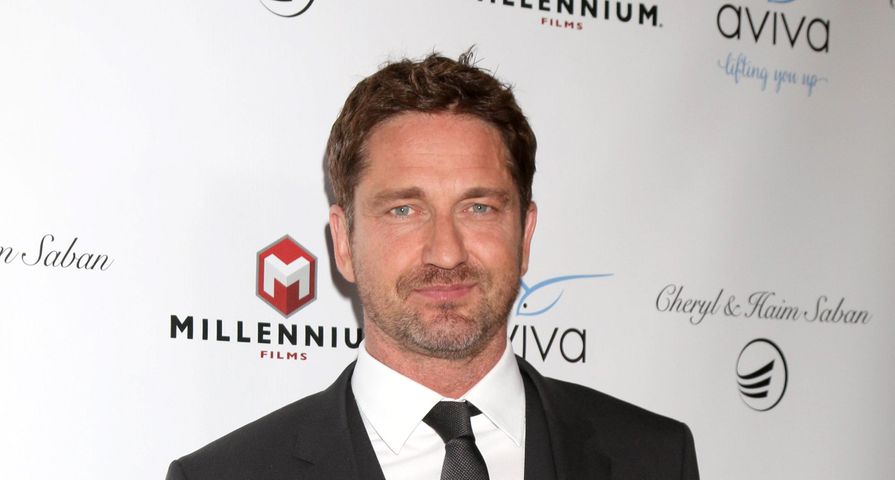 Gerard Butler is one of those actors who can really take on any role and make it believable. From romantic comedies, to action, to fantasy, Butler has done it all and has amassed a ton of fans along the way. While he is charming, attractive, and talented, he is also very skilled at keeping his private life away from the spotlight, but is not one to shy away from interviews or retelling incredible stories from his past. Since he began his acting career relatively late, there is so much about his life that many fans do not know! Check out 10 things you didn’t know about Gerard Butler:

Gerard Butler didn’t begin acting until his late 20s and that is because, for most of his life, he had an entirely different career plan. After his graduation from Glasglow University with a degree in law, Butler was offered the position at an Edinburgh law firm; however, only one week before he was officially qualified to be a lawyer, he was fired from the firm. “I wasn’t going to be an actor. I was going to be a lawyer. I came from a family just above working class, just below middle class, a great family of wonderful values. The idea of me having a chance for a law degree was enticing. Enticing to me but also very enticing to my family. Wow, one of our own is studying law at university!“ Butler said in an interview with Esquire. He added that he had been “really out of it” when he did the interview, and although they hired him, he got fired because he partied too much during the week of the Edinburgh Festival.

Gerard James Butler was born on November 13, 1969 in Paisley in Renfrewshire, Scotland. He is the youngest of three siblings to parents Margaret and Edward Butler. When he was only six months old, Gerard’s family moved from Scotland to Montreal, Quebec. Just over a year later, however, his parents split up and Gerard, along with his siblings, were moved back to Scotland with their mother. He attended St. Mirin’s & St. Margaret’s High School where he was named head boy and went on to study law at the University of Glasgow where he became the president of school’s law society. Of his education, Butler has said, “I’ve always kind of had the luck of the devil, even in law school. I kind of blagged my way into the position of president of the Law Society. I’m not the most academic of guys. Considering the amount of work that I put in, it’s amazing that I got through law school. And with an honors degree.”

For much of Butler’s late teens and early 20s, his life was consumed by partying and “heavy drinking.” In between law school and beginning at the law firm, Butler lived in America where he said, “I lived in an apartment in Venice Beach with three Irish guys who drank every day. It was perfect.” During his partying years, Butler was known for smashing bottles over his own head, running into traffic, and says he once woke up in Paris, nowhere near where he had been partying and was covered in cuts and blood and still has no idea what happened that night. “And I kept getting arrested for stupid stuff — basically just being too drunk. I was out of control, and justifying it with this idea that I’m young, this is life. This is me just being boisterous. I remember getting arrested once and they actually put me in shackles. I was walking around chained to eight other guys,” Butler added about his partying days.

Along with almost being a lawyer and then becoming a Hollywood A-lister, Butler also delved into music for some time. When he was in college, Butler was the lead singer for the Scottish rock band called Speed, and although nothing ever came of the band, it did help him with his singing parts in films such as Phantom of the Opera and P.S. I Love You.

Of all the crazy things he has done throughout his life, one of the actor’s scariest moments was when he was in a surfing accident while filming the surf film Chasing Mavericks. Butler and the crew were filming on December 18, 2011 in Northern California when a huge set of waves pulled him underwater and dragged him over a reef. Luckily he was rescued by a jet ski, but had to be taken to the hospital for his injuries. A month later, he spoke out about the incident, stating, “This was maybe one of the few times that the reports were not exaggerated. It was a pretty close call. … [The waves] just took me and I couldn’t get up. It was pretty hairy […] They finally grabbed me just as another huge wave was coming in. It was just like a movie! In fact, everything I talked about happening in the movie happened to me.”

At the age of 27, Butler quit drinking cold turkey and has recalled in interviews his very last time drinking and what made him stop. “I was in Camden and I had a crazy experience with these two sisters whom I was friends with from Glasgow, and we’d been out one night, and one of the sisters just went nuts. I don’t know what it was. She just lost her mind and the other sister was freaking out and crying and saying, ‘I don’t know what’s wrong with her,’ and I remember thinking: ‘How many of these crazy situations do I have to get into? This is not who I am or where I should be.’ I woke up the next morning and looked in the mirror and didn’t recognise myself. I didn’t recognise my face, and I didn’t recognise my soul. I went: ‘Who is this? What’s happened to you?’ I actually went to the pub and thought well, I’ll have a beer, and sit and contemplate this, and I just couldn’t drink it. I took a sip and went to the toilet and threw up and said: ‘That’s it.’ And that’s the last time I ever had a drink.” Although he quit drinking, in early 2012, he admitted himself to the Betty Ford rehab center because he was concerned about his own reliance on pain medications, which he had been on and off of for years because of injuries sustained on set, but after the surfing accident in late 2011, he increased his use of the medication, and entered rehab while still using a minimal amount, but didn’t want the dependency to increase.

After always having a passion for acting, Butler was finally able to explore his dream after his career as a lawyer fell through. He first worked odd jobs before landing theatre roles and did a few productions before moving to Los Angeles at the age of 30 but it was two years before he received his first professional acting jobs in the films Mrs. Brown and Tomorrow Never Dies. It wasn’t until 2000, however, he finally landed his breakout roles, first as Dracula in Dracula 200o and then Attila in the mini-series Attila the Hun. While he is now known as one of the nicest, and most down-to-earth leading men in the business, Butler himself admits he really only wanted the fame at first. “When I started out, I’m not sure I was actually in it for the right reasons. I wanted very much to be famous.”

In his late forties, and never married, Gerard Butler has never been able to escape the many rumors about his personal life, and is often linked to his female co-stars. “You know what’s funny? In the last year, there have probably been rumors of ten different women I’m supposed to be involved with. I think maybe one is true. You can walk around with a hundred of your buddies and it’s cool, but the second there’s a woman involved,” he stated in an interview. Over the years Butler has been linked to many women including Brandi Glanville, Ashley Greene, Jessica Biel, and Cameron Diaz, just to name a few, but for quite awhile now has been dating interior designer Morgan Brown.

Although, Butler got a relatively late start in his Hollywood career, it hasn’t affected his earnings. After starring in Dracula 2001, big roles continued to roll in for the actor in all kinds of different genres. His biggest movies so far have been Timeline, The Phantom of the Opera, 300, P.S. I Love You, The Ugly Truth, How To Train Your Dragon, and Olympus Has Fallen. Through some flops, and lots of blockbusters, Butler now has an estimated net worth of $30 million.

Butler is no stranger to portraying the hero now, but as it turns out he is a real life hero as well. For the filming of his first ever movie Mrs. Brown in 1996-1997, Butler was required to run naked into the freezing ocean, and did so even though it meant that he developed hypothermia. After he recovered, they resumed filming and Butler ended up dashing back into the water to save a young boy who was drowning in the river Tay. As a result, Butler was awarded a Certificate of Bravery from The Royal Humane Society.