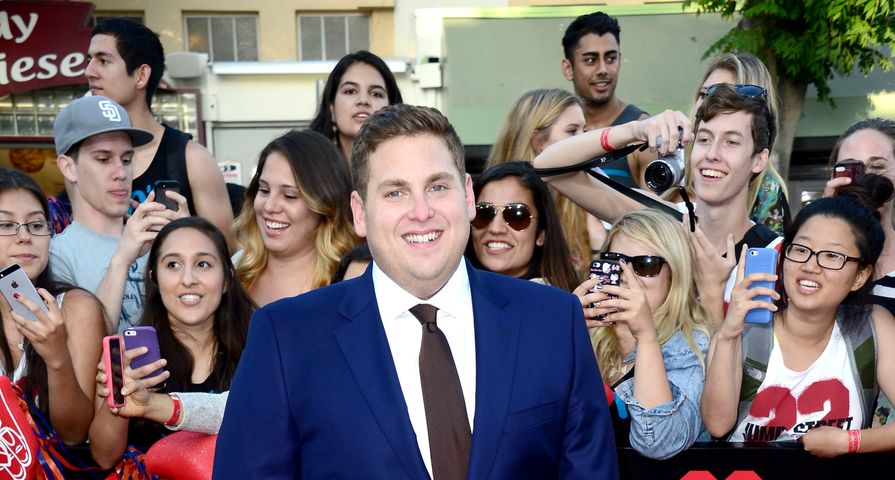 The climb to fame is a long one for most actors and actresses in Hollywood, but some celebs seem to emerge from obscurity and land straight on the A-list. This list celebrates the stars who seemed to just fall into blockbusters without any credits to their name.

This New Jersey native was uprooted to the Dominican Republic at the age of 10 where she developed her taste for dance and performance. She later returned to the U.S. at the age of 17, where her thirst for the limelight intensified in the New York Youth Theatre and the Faces theatre troupe, a group that performed stories with positive messages for teens. Once recruited to a talent agency, it wasn’t long before Saldana received her first role as a ballet dancer in Center Stage (2000). Since that time, Zoe has appeared in countless blockbusters including the monumental achievement Avatar. She’s also been in Columbiana, Guardians of the Galaxy, and Star Trek. Saldana has achieved a reputation for her extreme professionalism and dedication to the profession, with praise coming from heavy-weights Jerry Bruckheimer and Steven Spielberg.

This leading man began his career as a lawyer after studying at Glasgow University. His break in acting came unexpectedly when he was approached in a London coffee shop by actor Steven Berkoff, who gave him a role in a stage production of Coriolanus. The roles began to increase from there, with landing the lead in the stage version of Trainspotting and finally lining up alongside Berkoff in Attila (2001). After his roles in Attila and Dracula 2000 Butler’s place on the A-list was solidified. Other notable roles include The Phantom of the Opera, 300, and P.S. I Love You.

From the age of six, Emma knew she wanted to act, so her parents enrolled her to train at the Oxford branch of Stagecoach Theatre Arts when she was only 10 years old. Her experience acting and dancing in productions at school and with a stagecoach was all she needed to land her the role as Hermione Granger in the Harry Potter series. The initial film broke records for opening-day sales and opening weekend takings, and it was the highest grossing film of 2001. Not bad for a debut actress. The natural beauty of the young starlet has made her face an icon of the fashion world as she models for the luxury brand, Burberry.

Prior to the tween classic Twilight, Robert Pattinson was basically unknown to his now adoring demographic of young female fans. His only notable role was as Cedric Diggory in Harry Potter and the Goblet of Fire. Even though the role of Edward Cullen has been the defining role of his career thus far, Pattinson claims to have had a hard time making playing the same role for 5 years “not boring.” Another interesting tid bit is that he played Reese Witherspoon’s son in a cutscene for Vanity Fair in 2004 and later played her love interest in the film Water for Elephants in 2011! Robert has been named everything from “sexiest” to “most attractive” to “most influential” man around by People magazine, AOL Moviefone, and Time magazine. I guess his pasty-brooding good-looks have landed him a solid standing on Hollywood’s A-list.

This ’90s heart throb went from virtual obscurity as supporting cast for the sitcom Growing Pains and low-budget horror flicks actor in Critters 3, to the mega-stage in Titanic, a film that beat all previous box office records in 1997. Since then, DiCaprio has earned himself a spot atop the upper echelon of Hollywood and is one of the highest paid actors, earning a reported $20 million per film. He’s starred in many films including Catch Me If You Can, Gangs of New York, The Wolf of Wall Street, and The Great Gatsby, and has earned 5 Academy Award nominations.

Hilary Swank’s rise to stardom seemed to happen overnight. After appearing in the television series Buffy the Vampire Slayer, Swank landed her breakthrough role in The Next Karate Kid in 1994. By 1999 she won the Oscar for Best Actress for her role in Boys Don’t Cry, and the award for Breakthrough Performance from The National Board of Review. In 2004 she was up once again for the Academy Award for Best Actress for her role in Clint Eastwood’s Million Dollar Baby. She took home the prize making her the third youngest woman is history to win two Academy Awards for “Best Performance by an Actress in a Leading Role.” Other notable films include The Black Dahlia, Insomnia, and P.S. I Love You.

From her debut in Superbad, this leading lady has skyrocketed to the top of Hollywood’s A-list. Her endearing portrayals of characters in Easy A and Zombieland have garnered her more serious attention and roles in The Help, Magic in the Moonlight and Birdman: Or (The Unexpected Virtue of Ignorance), that earned her an Oscar nomination for Best Performance by an Actress in a Supporting Role. Emma’s unique voice has also earned her spots in voice-over roles in Robot Chicken and The Croods. At the age of only 27, Emma’s accomplishments leave fans expectant for what’s to come!

While Chris Pine seemed to be a virtual nobody until Princess Diaries 2 and Star Trek, his climb to fame was a relatively easy one as the son of two actors, Robert Pine and Gwynne Gilford. Pine studied English at the University of California, Berkeley where he received his bachelor’s degree, and also honed his acting skills at the American Conservatory Theater in San Francisco. After several television appearances, he made his film debut alongside Anne Hathaway. Not a bad way to launch a career! The release of Star Trek brought him to the attention of all sorts of movie goers and solidified his place as a Hollywood A-lister. He’s been a captivating American hunk ever since in additional films like Unstoppable, This Means War, and People Like Us.

It doesn’t matter what you know, but rather who you know. Case in point: Jonah Hill. Back in the day, Hill attended the prestigious Crossroads private school in California where he happened to become great friends with Dustin Hoffman’s son Jake. Jake was apparently so impressed with Jonah’s abilities when it came to making prank phone calls, he helped him land a role next to his dad in I Heart Huckabees. From there, Jonah has gone onto starring in Superbad and 21 Jump Street and earned himself 2 Oscar nominations for his roles in Moneyball and The Wolf of Wall Street. Not bad for a 32 year old with no formal training!

Jennifer Lawrence went from nobody to Hollywood’s sweetheart overnight after her role in Winter’s Bone. Her performance landed her a nomination for an Academy Award for Best Actress and placed her as one of the most sought after young actresses in Hollywood. Her subsequent roles in Silver Linings Playbook and American Hustle also earned her recognition from the Academy, with a win and a nomination for Best Performance by an Actress in a Supporting Role. A young generation of filmgoers have also been seduced by J-Law’s acting prowess as Mystique in X-Men and as Katniss in The Hunger Games series. The dynamic quality of Lawrence’s acting has solidified her place on the A-list!