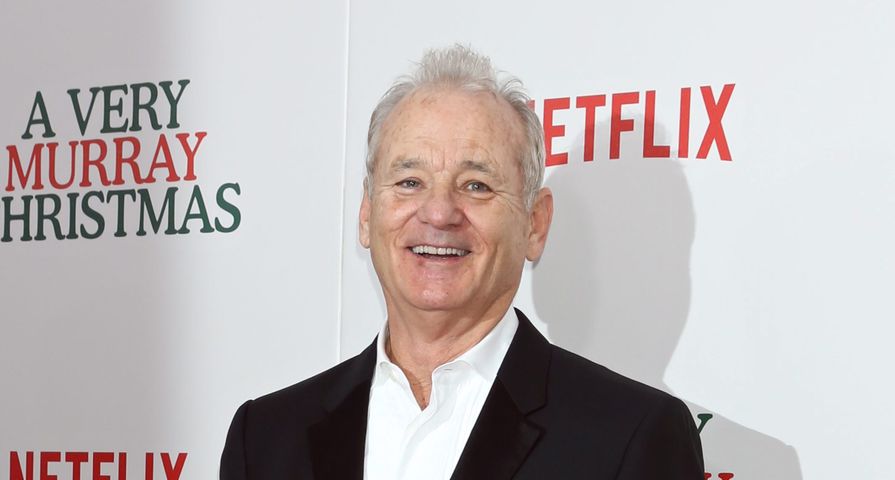 Bill Murray has become a true icon in Hollywood thanks to his lengthy and very memorable career in the industry. His penchant for comedy both on and off screen has turned Murray into one of the most beloved actors out there, but his desire to stay away from the hustle and bustle of Hollywood, and out of the spotlight has made him quite elusive to fans. As it turns out, there is a lot more to the actor than the funny men he portrays on the big screen. Here are 10 things you didn’t know about Bill Murray.

With 83 acting credits to his name and numerous iconic roles, it is safe to say Bill Murray isn’t hurting for work, yet he doesn’t make it easy for producers and directors to contact him. Murray is about as anti-Hollywood as it gets for an A-list actor as he doesn’t use an agent and he doesn’t even have a manager! It has also been reported that Murray doesn’t ever answer his phone! Instead he fields calls for roles and scripts using a “1-800” number which goes directly to voicemail and he checks it whenever he sees fit. In true Bill Murray fashion, the actor is in no way fazed by the perceivable inconvenience his inaccessibility causes some people. “It’s not that hard. If you have a good script that’s what gets you involved. People say they can’t find me. Well, if you can write a good script, that’s a lot harder than finding someone. I don’t worry about it; it’s not my problem.”

When he was young, Murray didn’t have much direction; however, that changed when his brother Brian got him a gig with Chicago’s Second City. Murray ended up joining an improv comedy troupe and studied under Del Close. In 1974, he made the move to New York City where John Belushi quickly took notice of him and recruited Murray to be a featured player on The National Lampoon Radio Hour. Only one year later, an Off-Broadway version of the Lampoon show led to Murray’s first role as a member of Saturday Night Live with Howard Cosell. After Cosell’s show fell through, Murray joined NBC’s Saturday Night Live in its second season, and his prominence grew.

William James “Bill” Murray was born on September 21, 1960 in Evanston, Illinois to Lucille and Edward Joseph Murray II. His mother worked as a mail room clerk and his father was a lumber salesman. The Murrays had nine children including Bill, and three of his siblings, John, Joel, and Brian Doyle-Murray also became actors. At 17 years old, Bill’s father died at the age of 46 from complications with diabetes. In his early years, Bill attended St. Joseph grade school and Loyola Academy and worked as a golf caddy to earn money for his education, but he was also known for being a troublemaker and was kicked out of both Boy Scouts and Little League for causing trouble. As a teen he was the lead singer of a rock band called the Dutch Masters, and began acting in his high school and community theater. After high school, Murray when to Regis University in Denver where he began taking pre-med courses, but dropped out in his first year. In 2007, Murray was awarded an honorary Doctor of Humanities Degree from Regis.

To many fans, Bill Murray seems like the easy-going, laid-back and humorous type which he most certainly is, but there is another side to the star not many realize. Murray has been known for many on-set feuds and altercations and because of his mood swings his Ghostbusters co-star Dan Aykroyd took to calling him “The Murricane.” One of Murray’s most infamous feuds was with Chevy Chase on the set of a Saturday Night Live broadcast. The two fell out when Chase returned to the show as a guest host. The pair ended up trading insults and it eventually turned physical. The two made up and starred together in Caddyshack a few years later. Along with co-stars such as Sean Young, Richard Dreyfuss, Murray also had a huge falling out with his longtime collaborator director Harold Ramis during the filming of Groundhog Day. The pair were able to reconcile before Ramis’s death in 2014. The actor also told actress Lucy Liu she can’t act on the set of 2000’s Charlie’s Angels, and she reportedly threw punches at Murray.

As an elusive star who makes sure to stay out of the spotlight and Hollywood scene, it isn’t surprising that Bill Murray has no problem stepping away from the industry at times. Before he filmed Ghostbusters, Murray filmed The Razor’s Edge, and it was a huge flop at the box-office. After the film’s failure, Murray proceeded to take four years off from acting and went off to study philosophy and history at The University of Paris known as the Sorbonne. He also spent time with his family, and eventually made his return with 1988’s Scrooged and 1989’s Ghostbusters II. He once again announced a break from acting in 2005, and has since chosen roles sporadically.

On September 21, 1970, which was his 20th birthday, Bill Murray was arrested at Chicago’s O’Hare Airport. The young soon-to-be-star was arrested after he tried to smuggle 10 lbs of cannabis on to the plane with an intent to sell the product. He ended up being the one to draw attention to himself, however, after he joked to the passenger beside him that he was smuggling drugs. As a result Murray was convicted and sentenced to probation.

Murray is a huge sports enthusiast and is known for his dedication to many of Chicago’s professional sports teams including the Chicago Cubs, Chicago Bears and Chicago Bulls. He has been a major part of the Cubs baseball club for many years and even got the opportunity to serve as a guest color commentator in the ’80s. In 2006, Murray was the sixth recipient of Baseball Reliquary’s annual Hilda Award which recognizes “distinguished service to the game by a fan.”

Due to his ability to keep his life out of the spotlight, many are surprised to see the way Murray is painted in his personal life. In 1981, Murray married his first wife, Margaret Kelly, and together the pair welcomed sons Homer and Luke. During their marriage, Murray had an affair with Jennifer Butler and following his divorce from Kelly in 1996, he married Butler in 1997. Together they welcomed four sons, Caleb, Jackson, Cooper and Lincoln. In 2008, Butler filed for divorce from Murray accusing him of domestic violence, infidelity, and addictions to sex, marijuana and alcohol.

Murray has multiple homes across the United States including in Los Angeles, Martha’s Vineyard, Massachusetts, Charleston, South Carolina, and Palisades, New York, and has done a lot of work outside of acting. He is a partner with his brothers in Murray Bros. Caddy Shack, a restaurant in Florida, is also the part owner of St. Paul Saints semi-pro basketball team, and other teams including the Charleston RiverDogs, Hudson Valley Renegades and Brockton Rox.

After a long list of accomplishments in the entertainment industry, which have made Murray one of the most successful actors/comedians of his generation, it is always interesting to find out just how much all of that has made him. For Bill Murray, his decades in the industry, and roles in big time films such as Meatballs, Ghostbusters, Caddyshack, What About Bob? and Rushmore has made him an estimated net worth of $140 million.