10 Jobs The ‘Friends’ Actors Had Before Hitting Stardom 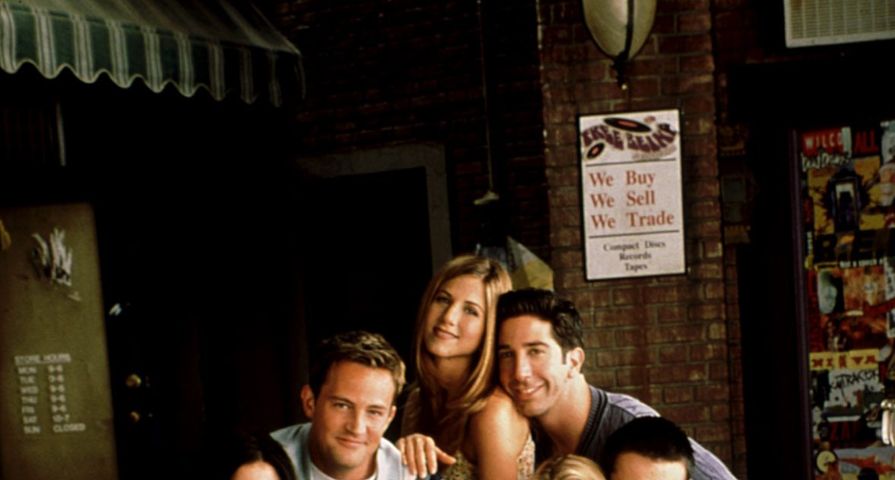 Nowadays, the six stars of Friends are firmly set as celebrities in Hollywood and beyond, but before they joined the hit television series, they each worked different jobs to gain exposure, pay the bills, and even pursue other passions. From a bike messenger to a trained clinical researcher to a NutriSystem Spokesmodel on The Howard Stern Show (for real!) to the F.B.I. (no, not that one), you won’t believe what these celebrities once did to get by. Here are 10 jobs the Friends actors had before hitting stardom.

10. Jennifer Aniston Was a Waitress

Rachel on Friends may have worked as a waitress at Central Perk with no past experience whatsoever, but Jennifer Aniston who played the role had the real life qualifications to carry the tray and take orders. Before finding fame, Aniston paid the bills by working as a waitress at Jackson Hole Burgers on Manhattan’s Upper West Side. “I worked at a restaurant called Jackson Hole, on 85th and Columbus, burger joint. The best burgers by the way. I worked there for about two and half years, and they were so good to me.” The job suited the young actress while she was pursuing her acting career. “If I got a crappy little play down on 13th street or whatever awesome job I thought I had received, [her boss] would let me go for two or three months, and they would always let me come back. My job was always there…What I thought was my real job was being a waitress and then I would go and do theater on the side.”

9. Matt LeBlanc Was a Carpenter

Whenever Joey pulled out his tools on Friends, it inevitably ended up in disaster. Remember the shelving unit cabinet thing he made that was wildly too big for the apartment? Or when he gauged a hole in Monica’s bathroom tile before deciding it was best left as-is? Luckily for Matt LeBlanc, he wasn’t so inept in real life when it came to such work. Before becoming Joey on Friends, Matt worked as a carpenter and one can only hope he was more skilled than Tribbiani. “‘I wanted to be a carpenter. Everyone did carpentry, plumbing, roofing in my family. The mentality was, if it was broke, you fixed it.” But even before he was out of his teens, he knew it wasn’t the life for him. “After a while, I realised that I didn’t want to be pounding nails in the snow in New England all my life. I wanted an inside job, where you got to work in the warm. That was the ambition.” So, at 19, he moved to New York to try to be a model and the rest, as they say, is Hollywood history.

8. Jennifer Aniston Was a Telemarketer

Don’t you hate it when telemarketers call you? Would you hate it as much if it was Jennifer Aniston on the other end of the line? There was a very short point in time when that may have actually happened. A very, very short period of time indeed. The future Friends star may have lasted two and a half years as a waitress, but she only lasted two weeks as a telemarketer. “I moved to L.A. and was telemarketing next to a Taco Bell.” Sounds just like the Hollywood dream! Maybe she hated making the calls as much as everyone else hates getting the calls.

Lisa Kudrow’s character Phoebe may have been the wackier one of the group so it would be safe to assume that the actress herself is just as wacky. However, would you guess that before she was a star, Lisa Kudrow was involved with something that wasn’t wacky at all? In fact, it was quite serious. Before becoming Phoebe Buffay, Lisa Kudrow conducted clinical research on headaches with her father. She graduated from Vassar College with a Bachelor of Science in Biology with the intention of following her father as a headache researcher. She worked with her father for eight years during which time she earned a research credit for her work on “the comparative likelihood of left-handed individuals developing cluster headaches.” Smarty pants!

Before David Schwimmer became a big-time Hollywood name, his acting ambitions were based in theater. After earning his Bachelor’s Degree in Theater and Speech from Chicago’s Northwestern University, the actor who would go on to play Ross Gellar formed a theater group called the Lookingglass Theatre Company along with a group of other Northwestern theater graduates. The Lookingglass Theatre Company is still active and aims to be a “nationwide leader in the creation and presentation of new, cutting-edge theatrical works.”

5. Jennifer Aniston Was a Bike Messenger

If you weren’t served a burger by Jennifer Aniston and didn’t get a call from the future Rachel Green when she worked as a telemarketer, maybe you saw her zoom past you when she worked as a bike messenger. That’s right! Before she became one of the most famous women in the world, Jennifer Aniston made money however she could and that included strapping on a helmet and delivering packages and letters via bike. Starting when she was 19, she described the gig as the hardest job she ever had. When suggested that the image of Aniston riding around town was sexy, she replied with a definitive, “Not if you saw me riding the bike…My lowest moment was probably driving into a door that opened. I’m very uncoordinated and extraordinarily klutzy.”

Monica Gellar may have been a master chef, but for Courteney Cox, her career has always been in show business, in one form or another. Back in the mid-80’s when Courteney was young and trying to break into the business, she got a job at F.B.I. No, not the Federal Bureau of Investigations, but instead Frontier Booking International, which was a concert booking agency in New York that was run by Ian Copeland who is the brother of Stewart Copeland of the Police and just happens to be a relative of Courteney’s.

3. Matthew Perry Was a Tennis Player

Before Matthew Perry became the cheeky snark-talking Chandler Bing, he was a young kid in school who had a heck of a talent for tennis. In fact, he was so good at the game that he considered going pro and was a top-ranked junior player. He was training hard with the hopes of pursuing a professional career when he lost a key tournament back in 1984 and it put an end to his athletic ambitions. “Giving up tennis wasn’t really a decision I had to make. I was a very good tennis player in Ottawa, Canada—nationally ranked when I was, like, 13. Then I moved to Los Angeles when I was 15, and everyone in L.A. just killed me. … It was insane. I realized I wouldn’t be playing tennis for a living, so I went for acting.” Luckily for fans he had more success on the stage than he did on the court.

2. Jennifer Aniston Was a NutriSystem Spokesmodel on The Howard Stern Show

Fame wasn’t far away in 1989, but Jennifer Aniston didn’t know that yet and was still doing whatever she could to get noticed and that included appearing as a NutriSystem “Success Story” Spokesmodel on the Howard Stern show. Praising the product that she claimed helped her lose 15 lbs in 6 weeks, Jennifer chatted with Stern who was his usual charming self, flirting with the young actress. “You’re very lovely,” he praises…Aniston avoids questions about when she lost her virginity (“oh my god!”) but tells him she’s a “big fan. big time!” “Find me attractive?” Stern asks. “Yeah, I do,” she replies. “You look absolutely nothing like I thought you’d look.” … “My god,” Stern jokes. “There is a chipmunk in my undies.” And it just got classier. “By the end of the interview, Stern nearly forgets to ask her name. “What’s your name?” he asks. “Jennifer,” she replies. “Jennifer Doody?” he asks. “Yeah, Jennifer Doody,” she retorts, making a flatulent noise.” Um, wow.

1. Courteney Cox Was A Model In A Bruce Springsteen Music Video

The most famous pre-Friends job had by one of the show’s stars is undoubtedly a gig that went to a fresh-faced Courteney Cox. Before hitting the big time, Courteney was just another pretty model trying to make it in New York until she was chosen to appear in Bruce Springsteen’s music video for “Dancing in the Dark.” The scene featured Springsteen performing live on stage and a wide-eyed short-haired Courteney being pulled from the crowd to join the rockstar on stage. An adorable side-stepping dance ensued and helped to endear future Friends fans to the young up-and-comer. Look for Courteney starting at about 2:45 in the video.