Bold And The Beautiful’s Most Controversial Moments Ever 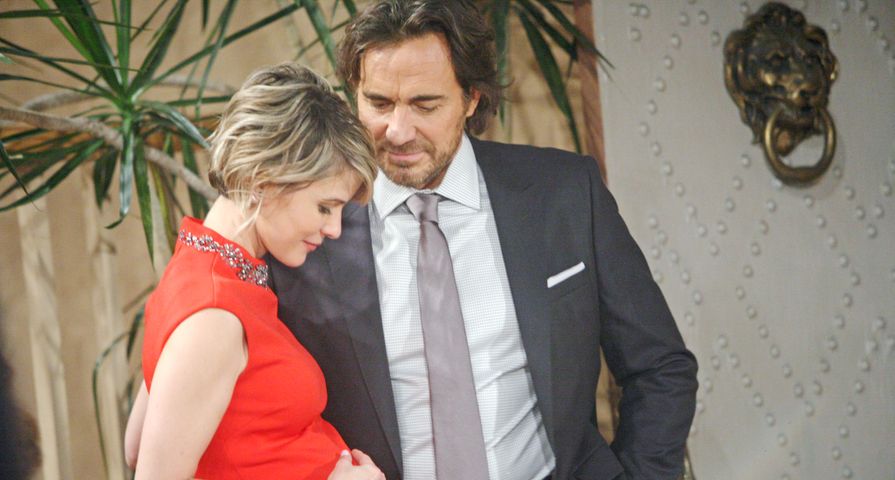 From baby swaps to hit and runs to transgender characters and individuals with HIV, The Bold And The Beautiful (B&B) has had its share of hotly debated moments. Some have involved scandalous betrayals, and other moments have been shocking and sometimes heartbreaking. Listed below are the B&B’s 12 most controversial moments ever.

Brooke fans were fuming when, in 1998, writers had Brooke betray her own daughter Bridget by sleeping with Bridget’s husband Deacon. Brooke’s marriage to Thorne had just fallen apart and she was depressed, alone and drunk. Deacon popped over for a visit and the next thing viewers knew, they were drinking together and then sleeping together. Although it was a controversial moment, Brooke found out she was pregnant shortly afterwards and the union produced their daughter Hope.

In another highly controversial moment, fans were outraged when writers had Steffy sleep with her father in law Bill. She was angry with her husband Liam one night after he admitted to kissing Sally, and Steffy fled the cliff house. Bill caught up with her, and as she dumped all her woes on him, their passion for each other ignited and they slept together. When Steffy found out she was pregnant, she had a paternity test done, which Liam found, and she had to confess to her one-night stand with his father. A heartbroken Liam left her and moved into a hotel.

In a controversial moment that still reverberates with diehard B&B fans, a drunken Taylor hit Darla with her car and killed her. It happened when Darla was standing at the side of the road helping Taylor’s daughter Phoebe change a flat tire. Having had a few glasses of wine earlier that evening, a panicked Taylor drove away. She eventually confessed what she had done, but her actions took a toll on Darla and Thorne’s child Aly, who didn’t forgive Taylor for her mother’s death for years.

Having slept with both Rick and her former boyfriend Ray, Amber ended up becoming pregnant and she wasn’t sure who the father was. Despite this, she married Rick and ended up giving birth to a stillborn child when she was out of town visiting her mother. In a scandalous moment, in order to hold on to her marriage to Rick, Amber took her cousin Becky’s child and passed him off as her own. Little Eric was brought up by Rick and Amber for months until Becky discovered the truth and claimed the child as her own. Sadly, Becky died from cancer shortly afterwards and Amber ended up raising Eric, who had been renamed Little D after his father Deacon.

8. Ridge Falls Into The Persian Gulf

Bill and Brooke were about to be married on a beach in Dubai when suddenly Ridge came running toward them. He grabbed Brooke by the arm and dragged her to a waiting helicopter. Ridge, of course, had no idea the pilot was none other than Bill’s right hand man Justin. In a contentious moment, and on orders from Dollar Bill, Justin banked the helicopter to the right and Ridge fell out and plummeted into the Persian Gulf. Ridge survived the incident and was found a few days later wandering around on a beach.

Heartbroken after having just been dumped by Ridge, Caroline got herself a hotel room and some alcohol and had a one-woman pity party. Her me party was interrupted when Thomas showed up. He knew she’d been drinking but didn’t realize she’d also taken some prescription pills. Inebriated enough to think Thomas was Ridge, Caroline slept with him and was horrified the next day. Their union produced a son, Douglas. This controversial moment still has fans debating it to this day. Thomas obviously took advantage of Caroline, but was it rape?

When Caroline found herself pregnant, and at the same time found out Ridge had a vasectomy long before she’d conceived, she confessed her indiscretion to Ridge. When he heard the details of what had happened between his wife and his son, he blamed Thomas for taking advantage of her. And even though he felt it was impossible the child Caroline was carrying could be his, he told Thomas he was the father. In a controversial moment, Ridge kept Thomas away from Douglas’ birth, even though he knew his son was the father. As with all secrets, this one came out eventually and Thomas found out he was the father to Caroline’s son. But a DNA test was never done, so is Thomas really Douglas’ father?

5. Hope Is Told Her Baby Was Stillborn

The baby Beth storyline wasn’t the first of its kind on B&B and it certainly won’t be the last. But the plot, in which Hope was told her baby daughter was stillborn, but she had been kidnapped and sold, became a controversial moment this year. Hope fans felt Brooke’s daughter was always the victim of despair and misery, and they boycotted the show in droves. Steffy fans knew there would be unfathomable heartbreak for her after she adopted the child and the truth came out. With this story wrapping up, many viewers have returned to watch the reveal. Will this moment be viewed as one of the most controversial B&B moments ever in the years to come? Probably not. Baby swaps and kidnappings are the bread and butter of the soap world and always will be.

The B&B has never been a soap to shy away from controversial subjects. In 2001, during the AIDS epidemic, Tony Dominguez, Kristen Forrester’s boyfriend, admitted to her that he was HIV positive. In love with Tony, Kristen told him it didn’t change her feelings for him, and the pair married. This storyline led to Kristen and Tony traveling to Africa to visit AIDS victims. They met Zende, a child whose parents had both died from AIDS. They adopted Zende and returned with him to LA.

3. Storm Ends His Own Life To Save Katie

After Storm Logan accidentally shot his sister Katie, she was near death and needed a heart transplant. In a highly controversial moment, Storm killed himself so Katie could have his heart. Storm was a legacy character and fans were not happy writers had killed him off. But as it turns out, Storm’s memory will live on through his recently discovered daughter Flo.

“You’re not my sister Maya. You’re not Maya at all. You’re Myron, my brother.” These words were uttered by Nicole Avant on B&B in March 2015.  It was an epic reveal that fans didn’t see coming and it created its share of controversy at the time. It turned out Maya was transgender and was hiding it from her boyfriend Rick and the entire Forrester family. Karla Mosley, who portrays Maya, is not transgender but welcomed the opportunity to “educate our viewers here and all over the world,” she told USA Today at the time.

In 2007, Stephanie was looking to sabotage Brooke, and in a highly controversial moment, she encouraged a man named Andy Johnson to pursue her. Stephanie believed Brooke would sleep with just about any man, so she told Andy where Brooke kept the spare key to her house. He broke into Brooke’s house and when she refused his advances, Andy beat and raped her. Stephanie and Brooke fans debated for months about whether Stephanie was partially responsible for Brooke’s sexual assault. To the character’s credit, Stephanie did feel incredibly guilty for her part in what happened to Brooke on that fateful evening.