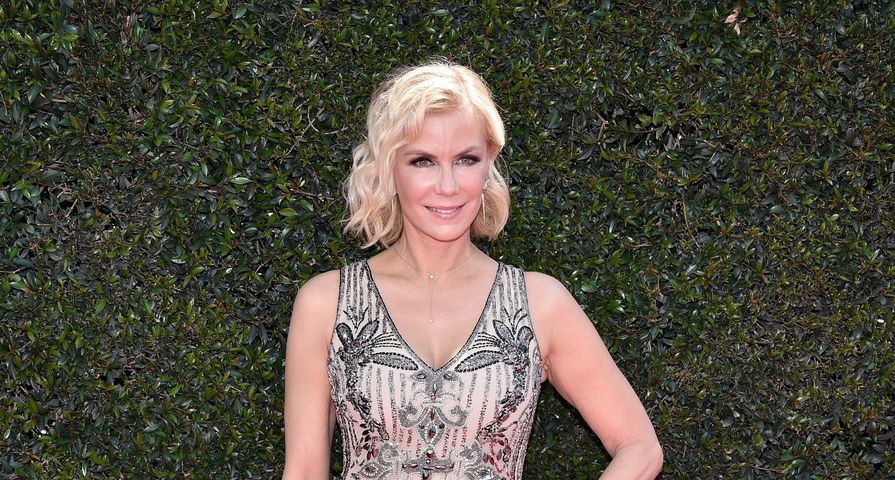 Many popular actresses have appeared on The Bold And The Beautiful (B&B) since the sudser debuted in 1987. Some actresses play characters viewers love to hate, and others are beloved and almost deified. This ranking includes actresses who are currently on the B&B canvas, with one notable exception. The following are the 12 most popular B&B actresses ranked.

Hollywood actress and TV personality Denise Richards made a big splash when she joined the B&B cast this past April. She plays Shauna Fulton, Flo’s mother and Quinn’s best friend. Although her role on B&B is her soap acting debut, Richards has starred in a number of hit films including Starship Troopers and Love Actually. She has also been featured as herself during the last season of The Real Housewives of Beverly Hills. Shauna is currently absent on B&B, but fans of this popular actress can expect her to return when the baby swap secret is revealed in the coming weeks.

Although Katrina Bowden only just debuted this year, her character, Flo Fulton, has already made quite a mark on the B&B canvas. Flo posed as baby Phoebe’s birth mother and was an integral part of Reese Buckingham’s (Wayne Brady) scheme to steal Hope and Liam’s baby and sell her to Steffy Forrester. Besides playing Flo on BB, Bowden is probably best known for her 2006 to 2013 role as Cerie, Liz Lemon’s (Tina Fey) assistant on 30 Rock. Fans love to hate Flo for her part in the baby swap storyline but have come to appreciate Bowden’s performance in the role.

Alley Mills has been playing Pamela Douglas, Stephanie’s sister on B&B, since 2006. This popular actress has been in several interesting storylines including stalking Donna Logan, battling Quinn and mourning her sister Stephanie’s death. Besides her role on B&B, Mills is likely best known for playing Norma, the mother on The Wonder Years from 1988 to 1993.

Jennifer Gareis is a former beauty queen who won the Miss New York USA title in 1994. A few years later, she decided to try her hand at acting and landed the role of Grace Turner on the B&B’s sister soap, The Young And The Restless (Y&R), a part she played from 1997 to 2004. The popular actress was cast as Donna Logan on B&B in 2006. Since then, Gareis has been a part of several integral storylines, including being married to Forrester patriarch Eric (John McCook) and meeting and getting to know the son she gave up for adoption when she was a teenager. Many fans are hoping Donna will reunite with ex-husband Justin Barber (Aaron D. Spears), so they will get to see Gareis flex her acting chops once again.

Courtney Hope, who plays Spectra Fashions icon Sally Spectra’s (Darlene Conley) grand-niece and namesake, first appeared on the sudser in January 2017. Sally was initially paired with Thomas Forrester (Pierson Fode) and was off the canvas for a few months. When she returned, Sally began a relationship with Wyatt Spencer (Darin Brooks), and the pairing became an instant hit on B&B. Hope graduated high school at age 15 and by 18 she had completed an Associates Degree. Viewers are hoping once the baby swap secret comes out, Hope’s alter-ego Sally will reunite with Wyatt and they’ll see much more of this fan-favorite on B&B.

Rena Sofer is an award-winning soap veteran, who got her start playing Rocky on Loving from 1988 to 1991. She is probably best known for her role as Lois on General Hospital, a part she played from 1993 to 1996. Since 2013, she has played Quinn Fuller on B&B, a sometime villain who once kidnapped her son Wyatt’s brother Liam Spencer (Scott Clifton), and made him believe he was her husband. Quinn is currently married to Eric and fans hope Sofer will get an exciting new storyline soon. Sofer won the Outstanding Supporting Actress Daytime Emmy Award in 1995.

Hunter Tylo has played B&B’s Dr. Taylor Hayes on and off since 1990. She made her television debut on All My Children in 1985 and moved on to a one-year stint on Days Of Our Lives (DOOL) in 1989. She was initially reluctant to take the role of Taylor, but luckily, she gave in to producers, and fans are happy she did. Taylor has had a long-standing feud with Brooke over Ridge Forrester (Thorsten Kaye) and played an instrumental part in the current baby switch storyline. Although she hasn’t been seen on B&B for months, viewers are hoping the popular actress will return soon.

Annika Noelle took over the role of Hope Logan, previously played by fan favorite Kim Matula, in 2018 and has made the role her own. Before she landed her B&B gig, Noelle paid the bills acting in commercials. When Hope returned to the B&B canvas, she was thrown back together with Liam, who was dealing with the aftermath of Steffy’s betrayal with his father Bill. Noelle’s powerful performance, when she gave birth to her stillborn daughter Beth in January 2019, was a memorable one fans won’t soon forget. With the baby swap storyline coming to an end soon, viewers can expect another stellar performance from Noelle. Fans can be sure they’ll see much more of this popular actress on B&B in the years to come.

Heather Tom’s acting career began in 1990 on the Y&R, playing Victoria Newman. She left Y&R in 2003 and starred as Kelly on One Life To Live. In 2007, she took on the role of Katie Logan on the B&B – a part she’s played ever since. Katie has been married to Dollar Bill Spencer (Don Diamont) twice and the pair are currently engaged and expected to remarry soon. This popular actress also enjoys working behind the scenes and recently directed an episode of the Y&R. Tom is an award-winning soap veteran who has been nominated for a total of 18 Daytime Emmy Awards and won five.

What popular B&B actress list would be complete without Queen Stephanie? Susan Flannery was well known and loved for her role as the Forrester matriarch on B&B. But B&B wasn’t her first soap rodeo – she played Laura Spencer on DOOL from 1966 to 1975. She also starred in several feature films and won a Golden Globe Award for her role as Lorrie in 1975’s The Towering Inferno. Flannery played Stephanie from 1987 to 2012. The character engaged in classic soap battles with business rival Sally and sometime daughter-in-law Brooke. When Flannery decided she wanted to go behind the scenes at B&B, writers gave Stephanie a heart-wrenching sendoff. She died in the arms of her nemesis Brooke and fans mourned her passing. Flannery’s Stephanie is still missed on the soap to this day, attesting to the incredible talent of this popular actress.

Much like her B&B grandmother and namesake, Jacqueline MacInnes Wood, who plays Steffy Forrester, is a fan favorite. Wood took on the role in 2008 and has rocked it ever since. She took a break from B&B between 2013 and 2015, to pursue other opportunities, and was sorely missed by viewers. Steffy has been involved in a never-ending love triangle with Liam and Hope that fans have dubbed the Triangle of Doom, which is currently continuing. This popular Canadian actress has starred in several feature films, including Final Destination 5, and has been nominated for four Daytime Emmy Awards. Wood’s fans were thrilled when she took home the 2019 Daytime Emmy Award for Outstanding Lead Actress in a Drama Series this past May.

Katherine Kelly Lang has been playing Brooke Logan on the B&B since its debut in 1987. Her very first acting role was in the film Skatetown, U.S.A., starring Patrick Swayze, Maureen McCormick and Scott Baio. Just like her fellow B&B Logan sisters Gareis and Tom, Lang made her soap acting debut in 1981 on the Y&R. She has also starred in several movies over the years. But she is best known for her role on B&B and Brooke’s epic, decades-long on and off romance with current husband, Ridge. Lang has been nominated for two Daytime Emmy Awards over the years. Hitting number one in terms of popular actresses, viewers can’t imagine anyone but Lang in the role of Brooke.