Home » The Bold and the Beautiful » Bold And The Beautiful: Greatest Couples Of All Time

Bold And The Beautiful: Greatest Couples Of All Time 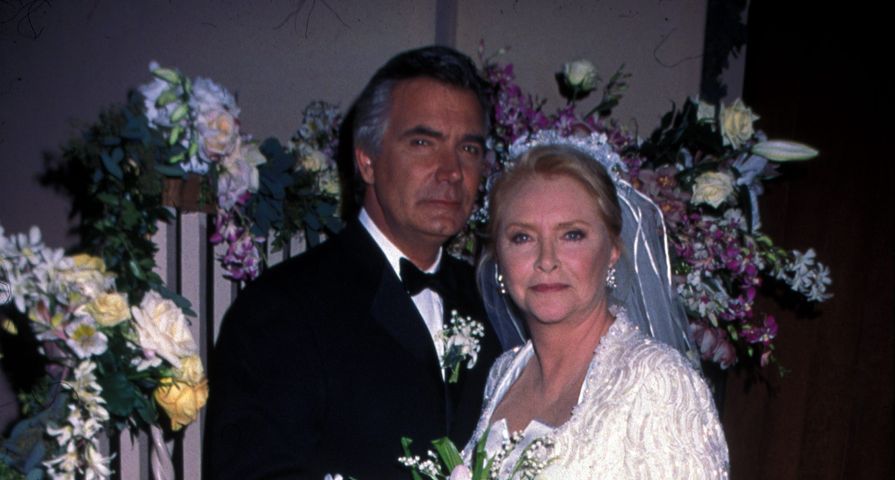 Everyone enjoys a great love story and viewers of The Bold and the Beautiful (B&B) are no exception. Of course, a little controversy can also add some spice to a great couple’s connection. Some of these pairings have stuck together through thick and thin. Others had incredible on again and off again relationships, but some were doomed from the start. Here are B&B’s 12 greatest couples of all time.

Rick first laid eyes on Maya at Dayzee’s cafe. She was an aspiring actress and an ex-convict who had no idea Rick was a Forrester. When he took her to a Forrester fashion boutique, she found out who he really was and was angry that he had kept such a huge secret from her. He apologized and they started dating again but broke up and Rick married Caroline. Maya was engaged to Carter during Rick’s marriage to Caroline, but she still pined for Rick. Eventually, she managed to lure Rick away from Caroline and when Rick discovered Maya was transgender, he accepted her for who she was, and the pair were married shortly thereafter. They broke up last Christmas, but Head Writer Bradley Bell is promising a Rick, Carter and Maya love triangle this fall, so viewers haven’t seen the last of this great couple by a long shot! 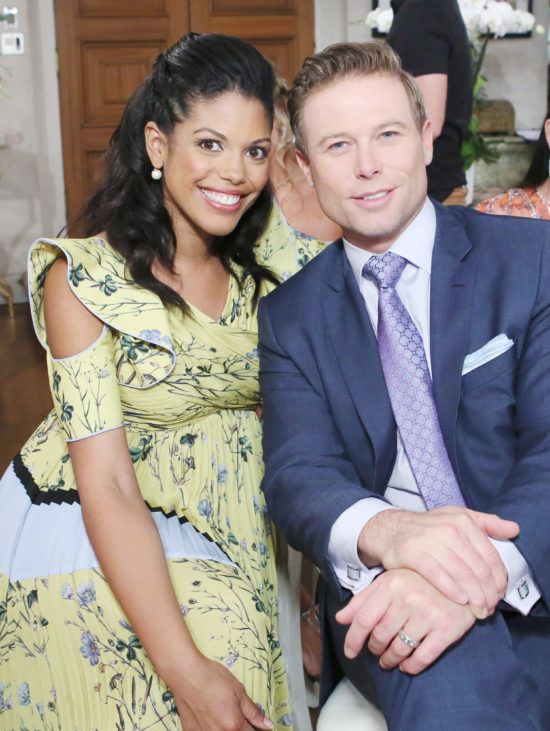 Nicole and Zende went through hell and back to be together. They fell in love shortly after they met at Forrester Creations. Soon into their relationship, Maya and Rick asked Nicole to become a surrogate mother for them and, although Zende begged her not to, she agreed to do it. This caused a rift between them and Nicole’s half sister Sasha inserted herself in their relationship, as she too fell for Zende. Sasha and Zende had a brief affair but in the end, he chose Nicole and they were married. This great couple are currently still together offscreen, working at Forrester Creations’ European division in Paris. 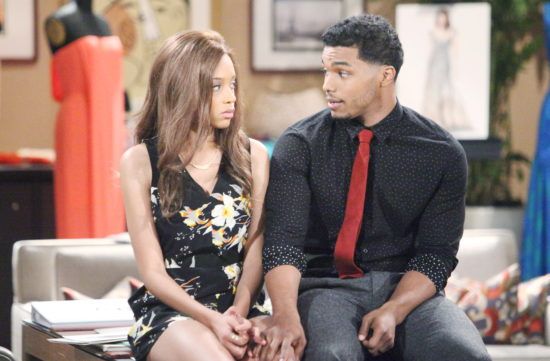 Brooke was heartbroken when Ridge married Caroline and she was pushed aside. But Ridge’s father Eric was there to comfort her, and the pair began an illicit affair. Eric divorced Stephanie when he found out Brooke was pregnant. He married Brooke in a romantic and elaborate ceremony in 1991. Their union produced two children, Eric Junior (Rick) and Bridget. Although this great couple’s romance only lasted a short time, Eric and Brooke are still close friends to this day. 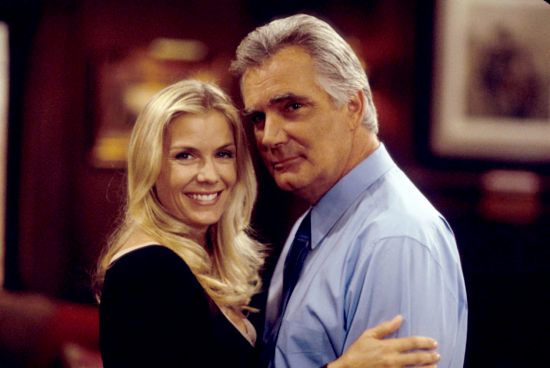 Pam and Charlie are cute together and many fans have described them as the most normal couple the soap has ever seen. Charlie loves Pam’s lemon bars and she loves his corny jokes. The pair regularly cater Forrester and Logan weddings and are always seen laughing in the kitchen as they prepare the annual B&B Thanksgiving dinner. Viewers were thrilled when Charlie proposed to Pam late last year and she accepted. But she called off the wedding due to her ongoing dispute with her brother-in-law Eric’s wife Quinn. This great couple is still together, but will they ever make it to the altar? 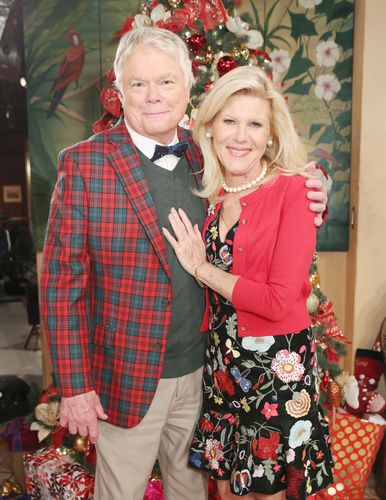 Thorne and Macy were the Romeo and Juliet of the B&B world in the early to late 1990s. Macy’s mother was Sally Spectra and Thorne’s mother was Stephanie Forrester. The Forrester and Spectra families had despised each other for many years. When Thorne and Macy first got together, they had no idea who the other was and it wasn’t until they were deeply in love that they realized they were star-crossed lovers. But love conquered all and the pair were married in 1990. This great couple was on and off many times until Macy passed away in 2003. 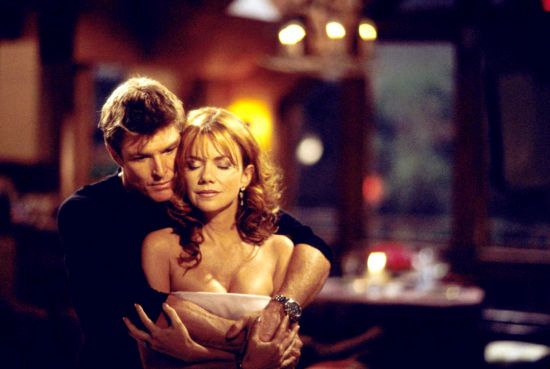 Taylor and Ridge met when Ridge’s wife Caroline was diagnosed with leukemia. She was Caroline’s therapist and she and Ridge became close. They married about a year after Caroline died, and were considered a B&B super couple in the 1990s. Ridge and Taylor were married twice and had three children, a son named Thomas and twin daughters Steffy and Phoebe (who passed away in 2008). This great couple was ill-fated, however, as they were involved in a love triangle with Brooke for many years and in the end, Taylor just couldn’t compete. 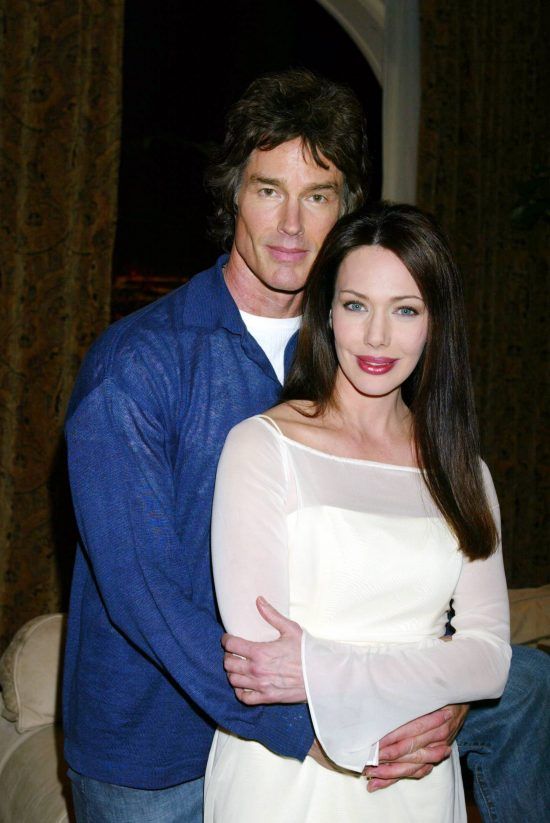 Steffy and Wyatt began as friends, as Steffy was engaged to Wyatt’s brother Liam. But when Liam fell and hit his head in the Forrester parking lot, Wyatt’s mother Quinn snatched him away and hid him in a cabin for months. She sent messages to Steffy from Liam’s phone, telling her never to contact him again. So Steffy turned to Wyatt and the pair fell in love and were married. These two had a lot of fun together and meshed very well. But this great couple’s relationship was doomed from the start and, when Liam eventually returned, Steffy and Wyatt broke up. 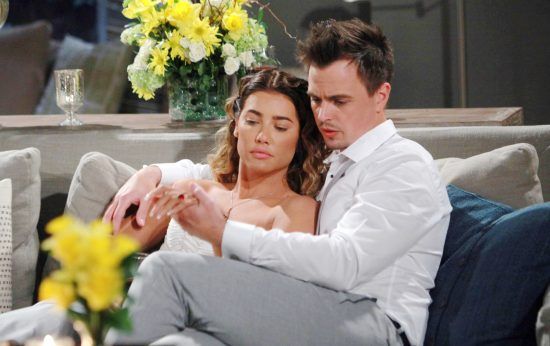 Once Quinn was cleared of all charges for kidnapping Liam, she began hooking up with Eric. He thought of it as a playful, secret affair, but Quinn had her eyes on the ultimate prize – millionaire designer Eric. When the pair fell in love and Eric and Quinn planned their wedding, his entire family boycotted their wedding. The only attendee was Ivy. Eric was heartbroken and suffered a heart attack. Quinn stood by him and he recovered. After an ill-advised dalliance with Eric’s son Ridge, the pair nearly broke up. But Eric forgave her and although Quinn and Eric have had their share of ups and downs, their relationship remains rock solid. 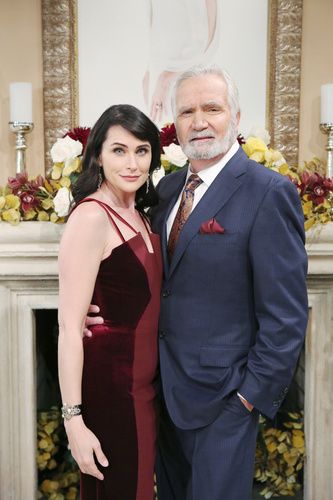 Hope and Liam have been one of B&B’s greatest couples since they first started dating in 2010. Their love is an enduring one for the ages and no matter what happens, Lope has always supported each other. The pair are blissfully happy these days, having been recently reunited with Beth, the daughter they thought had been stillborn. But, as with all soap couples, contentment only lasts so long. Viewers can expect Lope to face some challenges in the upcoming months, and hopefully they can overcome them. 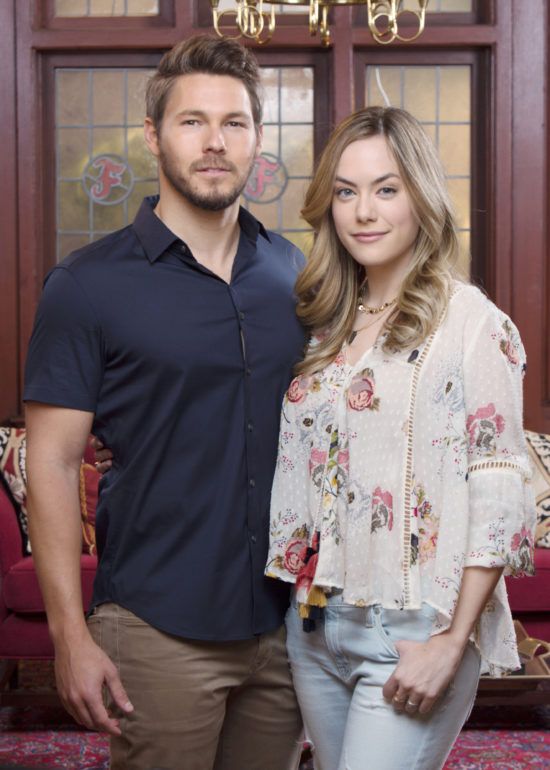 When Bill arrived in LA, he was a wise-cracking, self-absorbed business tyrant who had teamed up with Stephanie to take down the Logans. But when the youngest Logan sister caught his eye, he was smitten immediately. He proposed to Katie and they were married in 2009. When Bill briefly took over Forrester Creations, he made Katie the CEO. No couple on a soap ever has it that easy; however, and Bill and Katie are no exception. Bill cheated on her with Steffy and with her own sister Brooke and they broke up. Batie recently found their way back to each other and are currently engaged. But Katie is in the hospital with kidney failure, and Bill is terrified he will lose his fiancé. Will she find a donor in time and will Batie finally have their happily ever after? 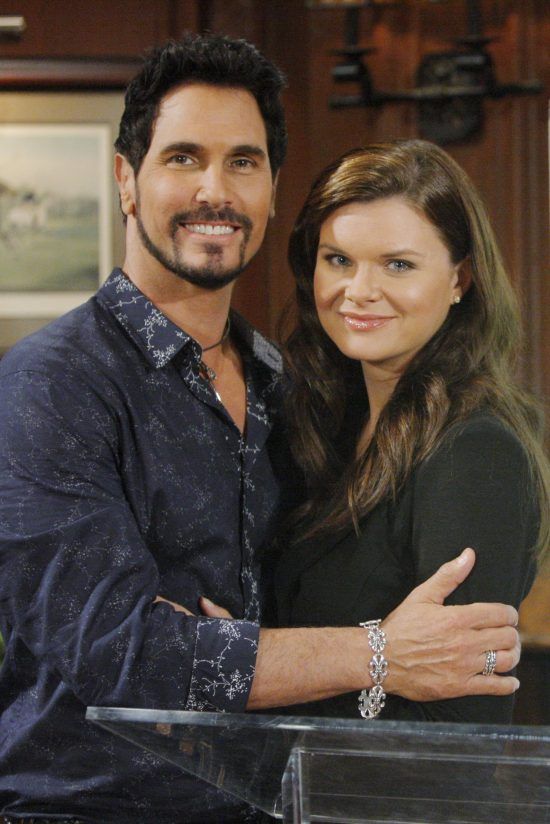 Arguably one of the greatest couples of all time on any soap, Stephanie and Eric were the matriarch and patriarch of the Forrester family when the show began in 1987. Their relationship was tumultuous from the start due to Stephanie’s controlling ways and Eric’s wandering eye. But no matter how many times Eric cheated, or Stephanie manipulated her children’s lives, these two always found their way back to each other. This great couple was back together and married again when Stephanie tragically passed away from cancer in 2012. 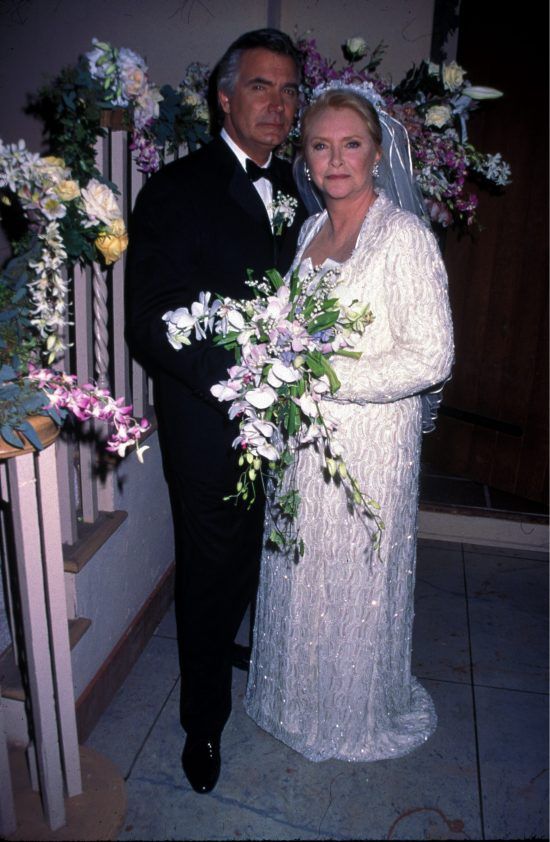 Brooke first saw Ridge from across a room when she was catering a party at the Forrester estate. It was love at first sight and she knew he was her destiny. Bridge hit it off immediately and this greatest B&B couple has had an on again/off again love affair ever since. Even when they’re married to other people, they always pine for each other and the love they share. Although they’re currently married, Bridge’s relationship is in big trouble. Ridge has moved out of Brooke’s house because they have been constantly arguing about Ridge’s son Thomas. But will it finally mean the end for this great couple? Keep watching to find out! 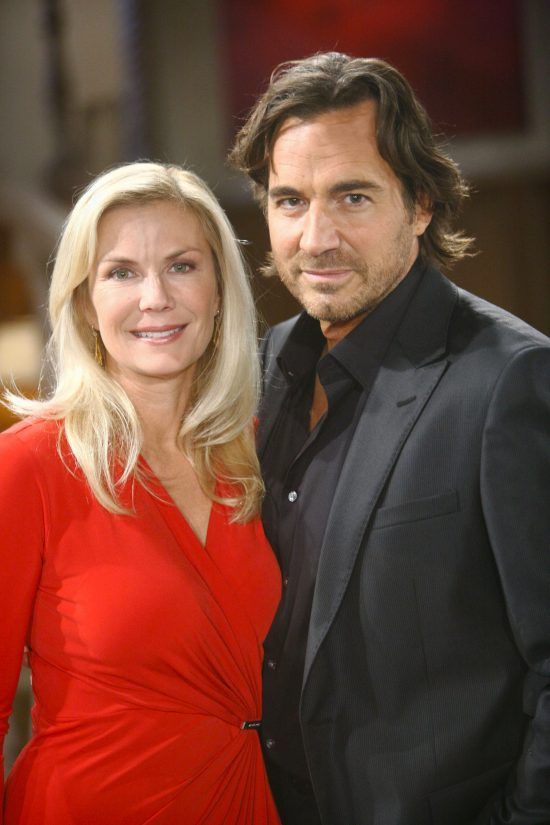