Bold And The Beautiful Plotline Predictions For The Next Two Weeks (August 9 – 20, 2021) 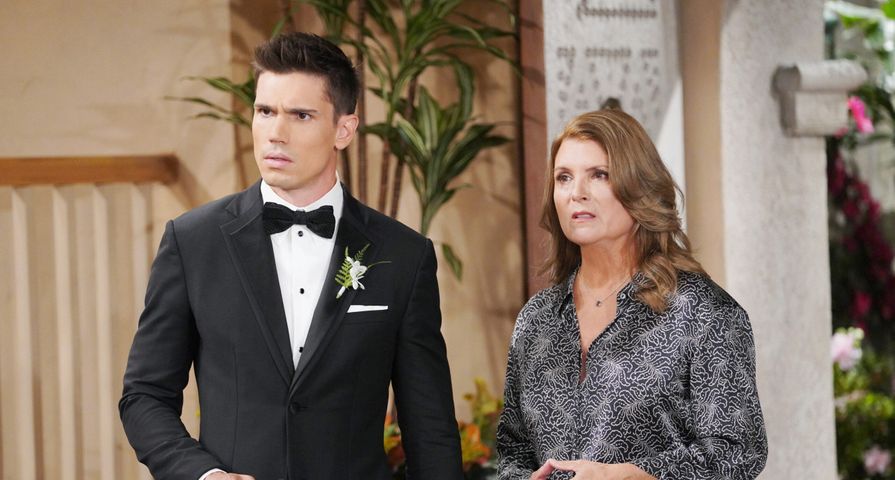 Sheila will look for allies as she rebuilds her social life in L.A., coming up on The Bold and the Beautiful (B&B). This will put Donna in competition for Eric’s affections, and Quarter looking over their shoulder for a new set of eyes. Also, we might finally understand why Paris moved into the cliff house! Let’s look beyond the spoilers with B&B plotline predictions for August 9th through 20th, 2021!

Shortly before Sheila crashed the party on the Monday August 9th episode, Li Finnegan was giving a toast to her new daughter-in-law. As an aside, she brought up Finn’s birth mother and admitted that she wonders about the stranger from time to time, since that person gave Li the greatest gift of all. If Li truly has no idea about Finn’s bio mom, then she’ll now begin to doubt the “adoption process” that Jack took part in. Sheila’s arrival will spell trouble for Jack and Li. 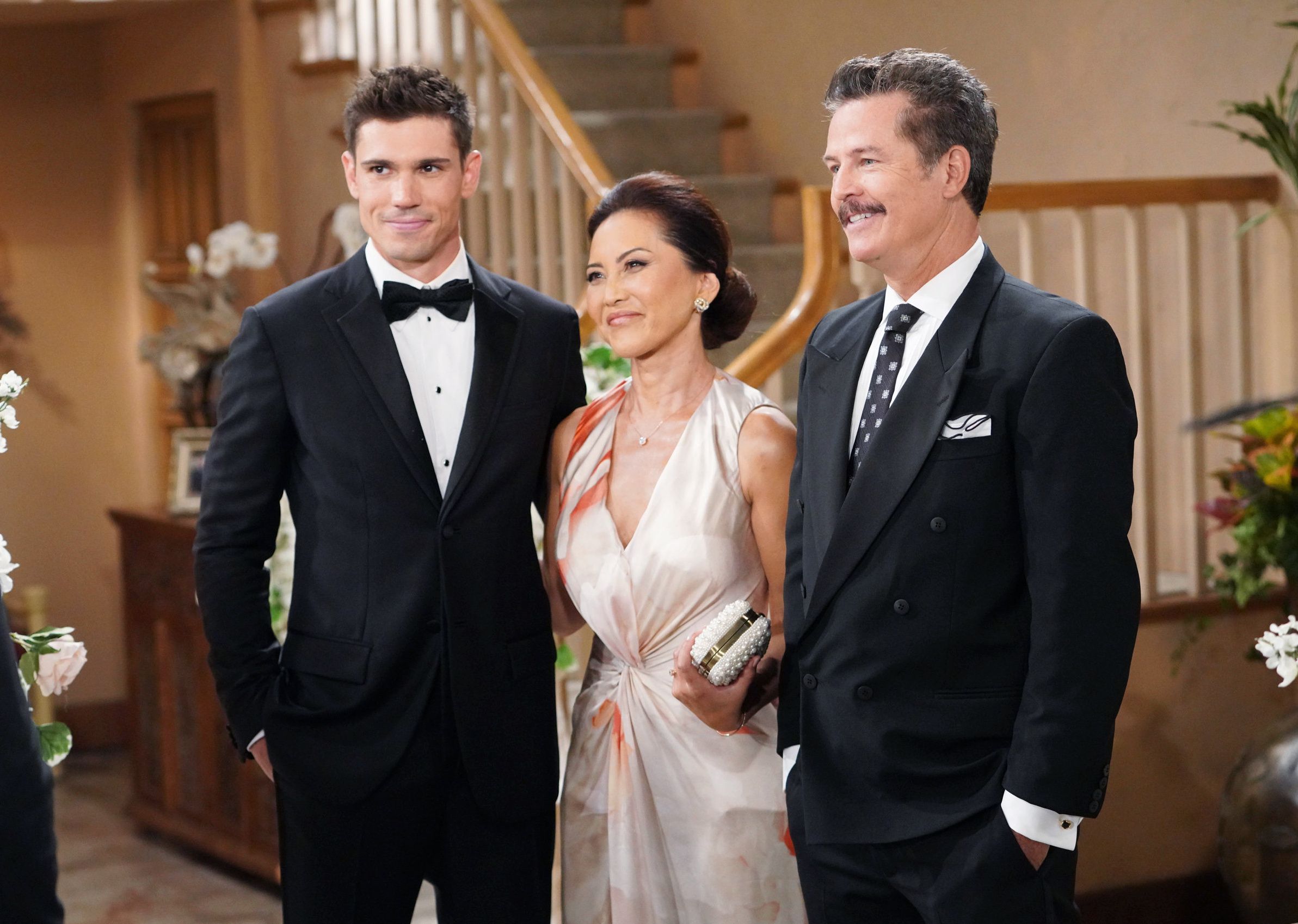 11. A Victim Of Circumstance…

Jack has been troubled by the burden of a secret since he arrived on the B&B canvas two weeks ago. Judging by the poker face he’s been sporting so far, we’re amazed that nobody asked him what was wrong. But the truth is out now — Finn’s birth mom is Sheila Carter. When Sheila’s claim of maternity is questioned by the Forresters, everyone will hope Jack can set the record straight. Was he a victim of circumstance, or does his involvement with Sheila run much deeper? 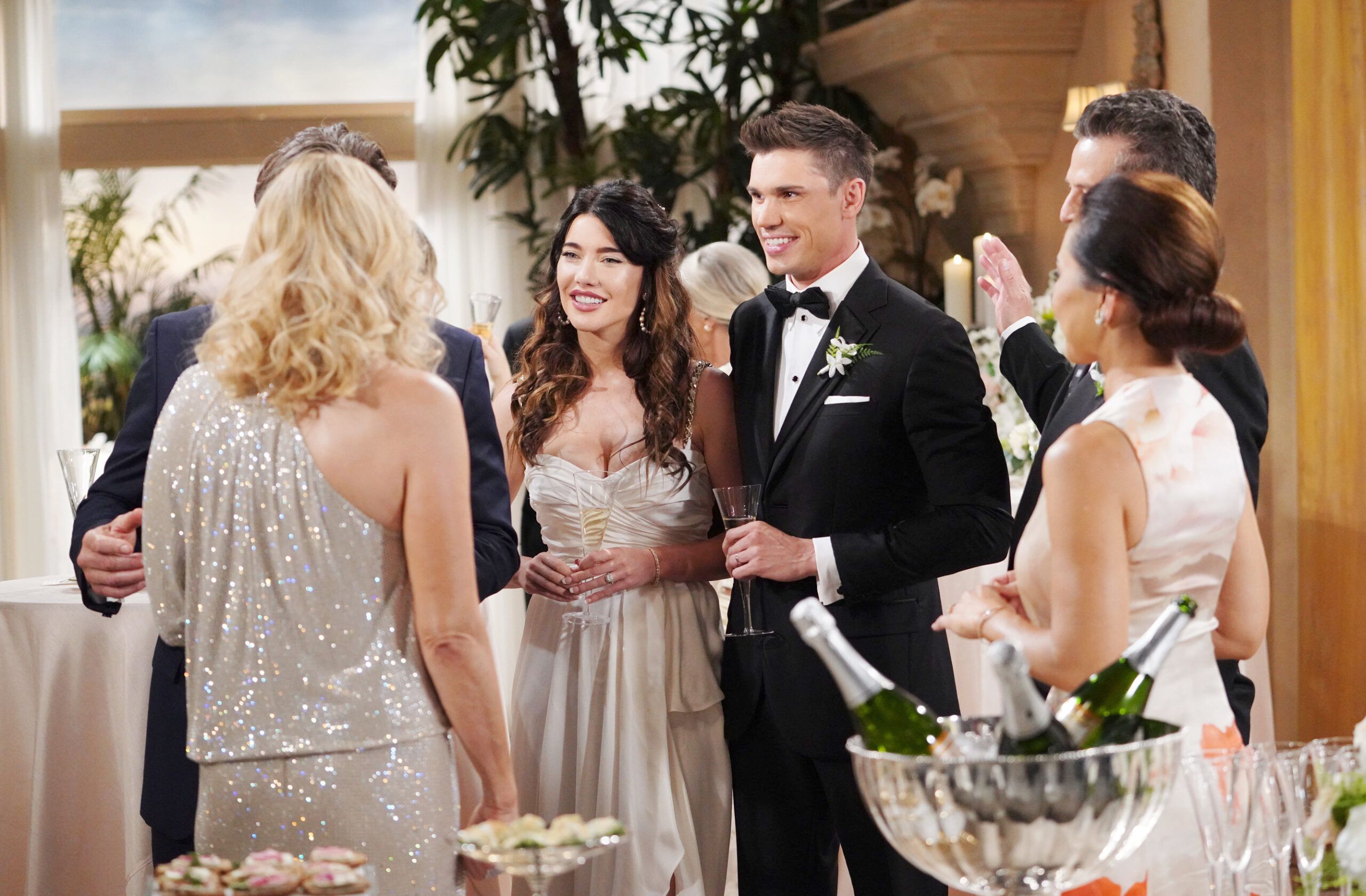 Jack clearly knows more than he’ll be willing to admit, when the wedding comes to a crashing halt. After all, he nearly pushed Aunt Pam out the door when he assumed it would be Sheila’s face under that veil. Telling the truth about Sheila’s maternity will suffice for the moment, but over the coming weeks, it’ll become clear that Jack is far more involved in Sheila’s past.

9. While We’re On The Subject…

What do we know about Jack Finnegan, besides him being a good role model for Finn? Nobody has asked the man the banal question of what he does for a living —which is outrageous, given that he’s at a wedding and that’s what people ask — but it certainly isn’t in the medical field, as Finn has given full credit to Li for inspiring his career trajectory. We know so little about Jack’s life that we have to wonder how he crossed paths with Sheila in the first place. 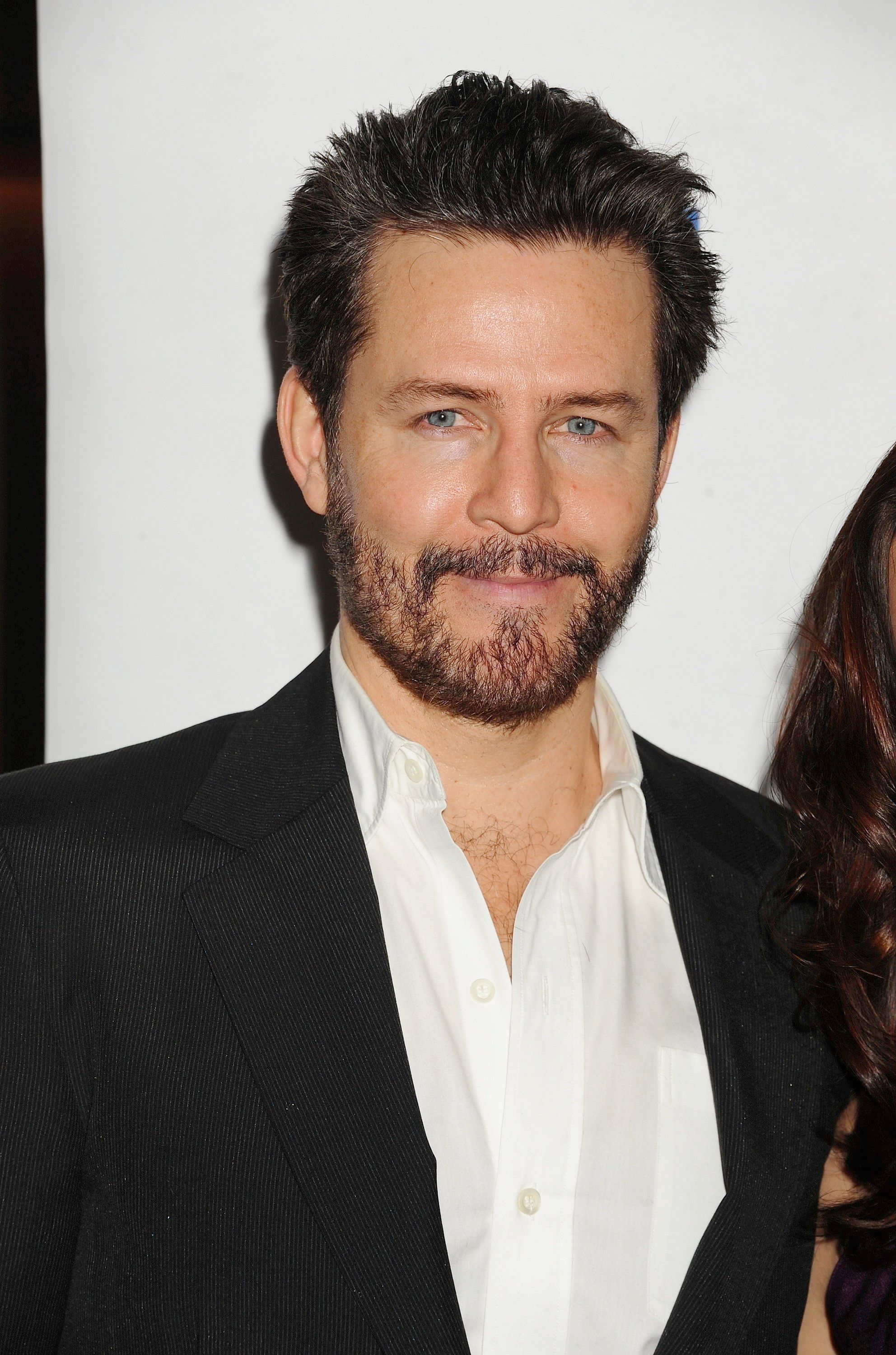 Finn has proven that he believes in second chances; he wouldn’t have married Steffy unless he had made his peace with the whole Liam fling. So granting the same moral clemency to his birth mother is practically a done deal already. Despite the warnings of everyone around him, Finn will likely trust this master manipulator and begin to question the narrative propped up by the Forresters and Finnegans.

7. Finn Will Step Over The Line

Spoilers have indicated that Steffy will draw the line and tell Finn that Sheila Carter cannot have any presence in their family’s life. However, there’s more than enough evidence to suggest that Finn will cross that line behind Steffy’s back. As the good doctor said while meeting his mother, “You’ve walked into my life. I’m not letting you walk out”. A lifetime of questions about his ancestry will end up trumping the laws decreed by his wife, and Finn will covertly keep in touch with Sheila.

Did anyone else find it strange that Paris and Zende left the wedding early? They didn’t say goodbye to Finn and Zende didn’t even get to bust a move on the dance floor. Their sudden departure was also convenient! By missing Sheila’s appearance — not to mention the negative reaction — Paris could naively assist in Finn and Sheila’s correspondence somehow. At the very least, it’ll provide viewers with a reason that Paris moved to the cliff house! 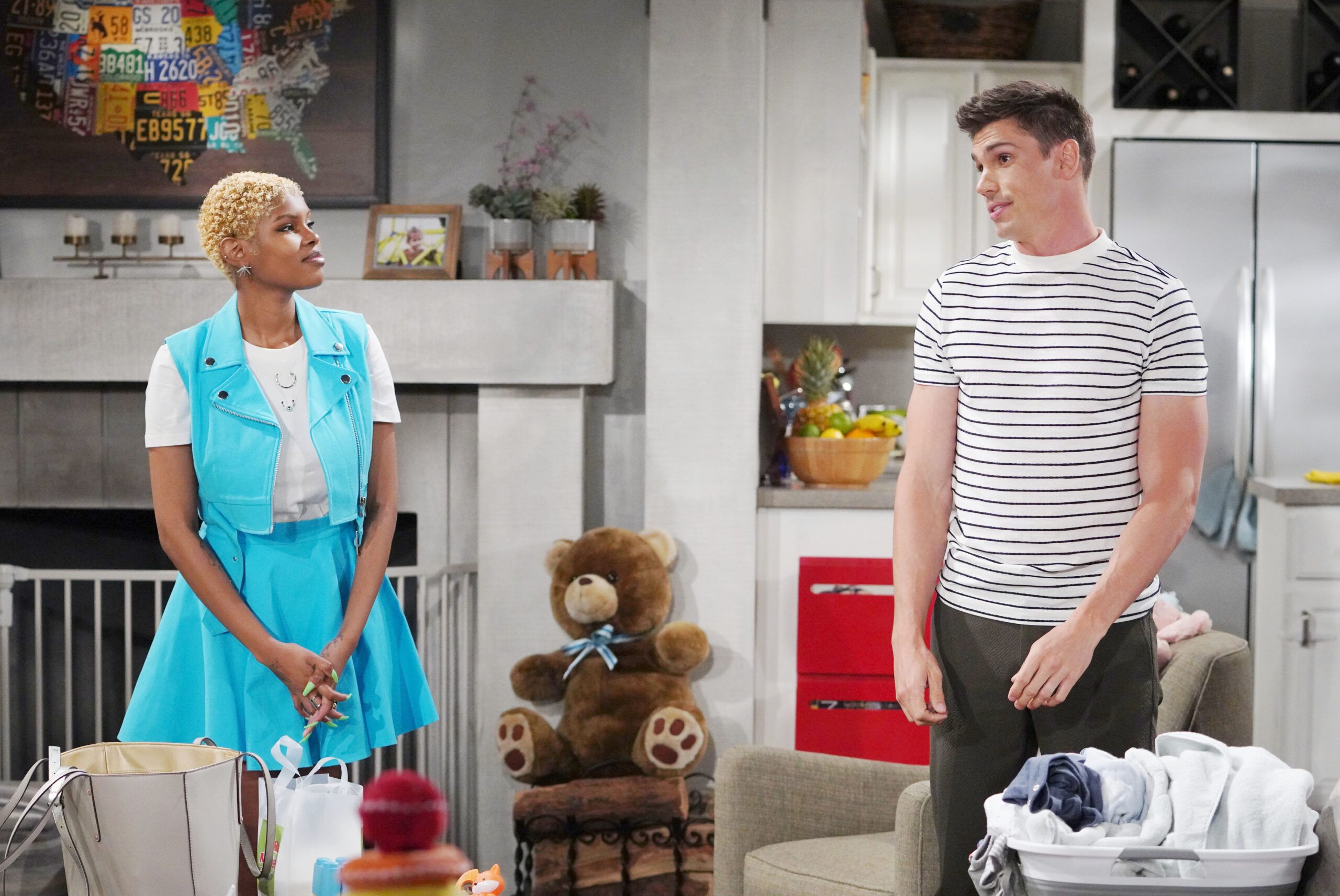 What if Sheila arranges to “accidentally” cross paths with Paris? Surely, Finn’s mother would like to know more about her son’s family life, little Hayes, and this woman who’s living under their roof. Could Paris not realize what Sheila is capable of, and say too much? She is the resident gossip at Forrester Creations. If she shares the reason that Eric is divorcing Quinn, Sheila might see if she can use Carter’s vulnerability to her advantage. 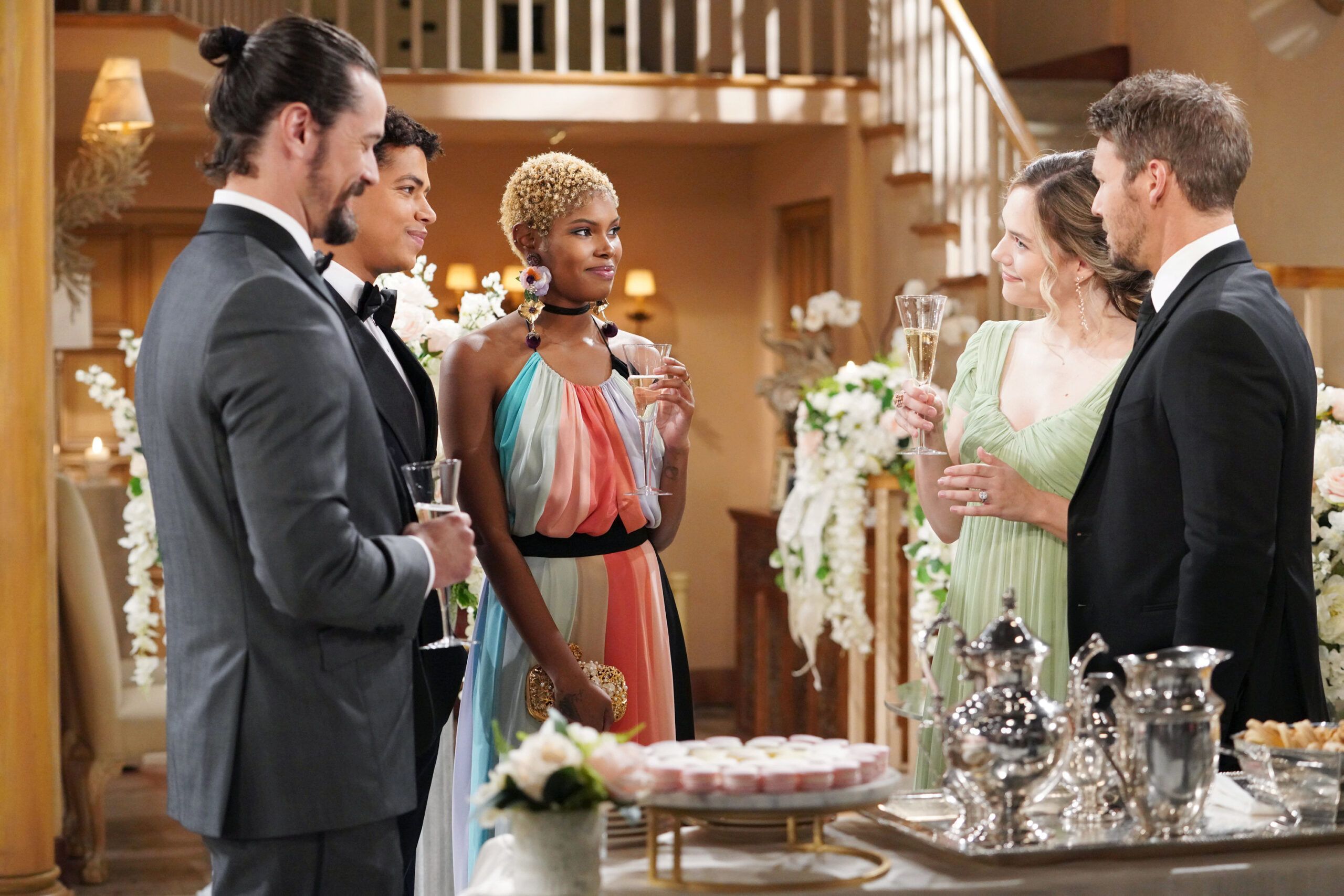 4. Sheila Will Get The Upper Hand

If Sheila discovers that Quarter is still an ongoing fling, she may blackmail Carter in exchange for some favors. Now let’s see, what could the attorney representing Eric in his divorce proceedings offer Sheila? Access to Forrester Creations? She’ll need help getting started now that she’s back in the picture, so she’ll need someone of influence who has something to lose. 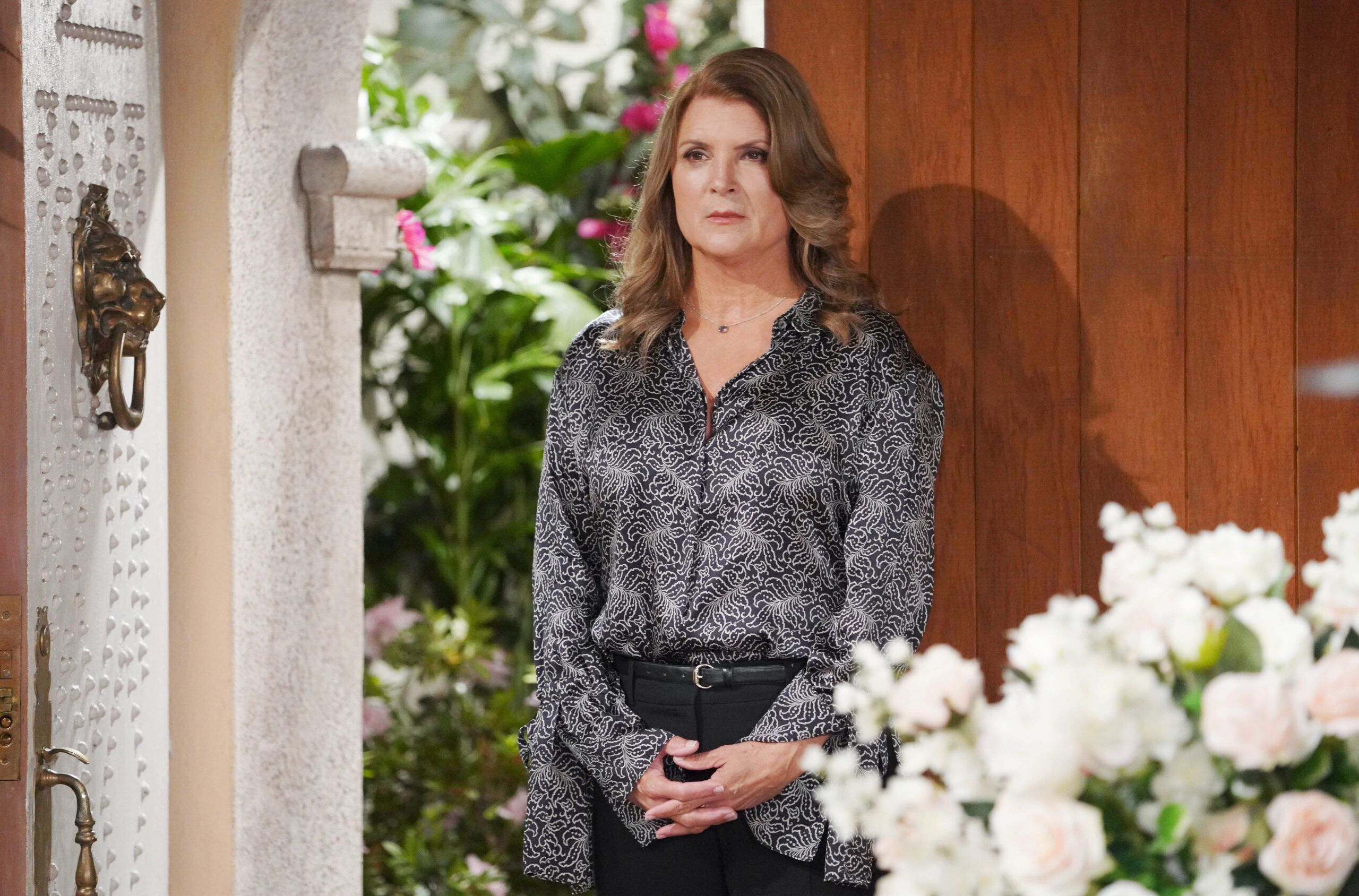 3. Eric Will Spread The News

In a revelation that may ease tensions around their upcoming divorce proceedings, Eric will inform Quinn that her nemesis, Sheila, is back in town. Will Quinn suddenly feel protective of Eric, knowing that Sheila’s return could include another pass at the Forrester mantle? She and Brooke might finally have something in common! Speaking of, Logan will also shift her attention to Sheila, taking the pressure off of Quinn and Carter. 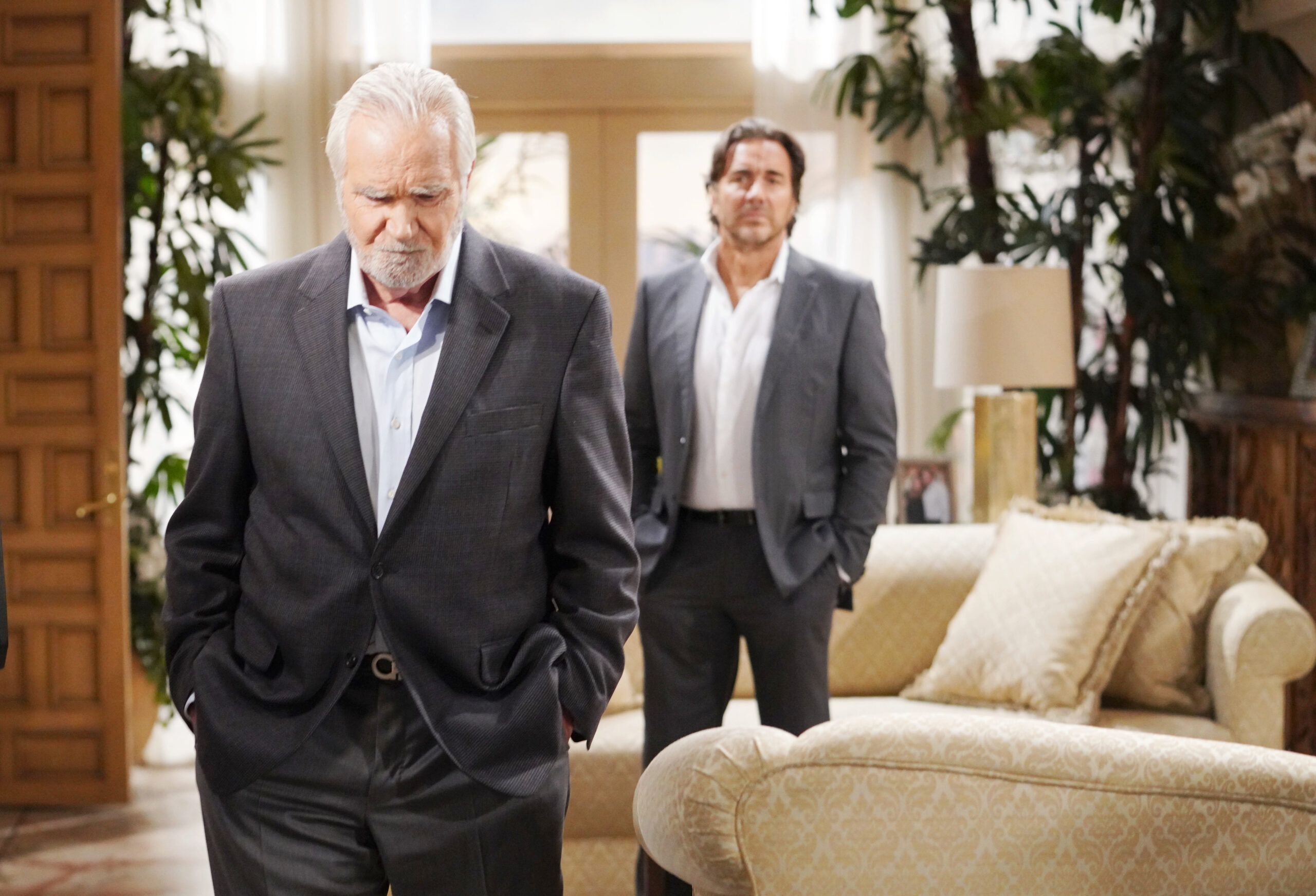 Although Brooke’s watchful eye will be otherwise engaged, Quinn should stay alert and covert when it comes to seeing Carter. After all, Sheila would love nothing more than to worm her way back into Eric’s heart, and what would accomplish that faster than finding out about Quinn’s love life? Viewers will recall that the last time Quinn and Sheila clashed, Sheila had been trying to prove that Quinn was a cheater and unworthy of Eric’s love. While she’s a bit too late to blow the whistle on that front, Sheila would be right on time to prove that Quinn’s (still) a cheater, and unworthy of Eric’s fortune! 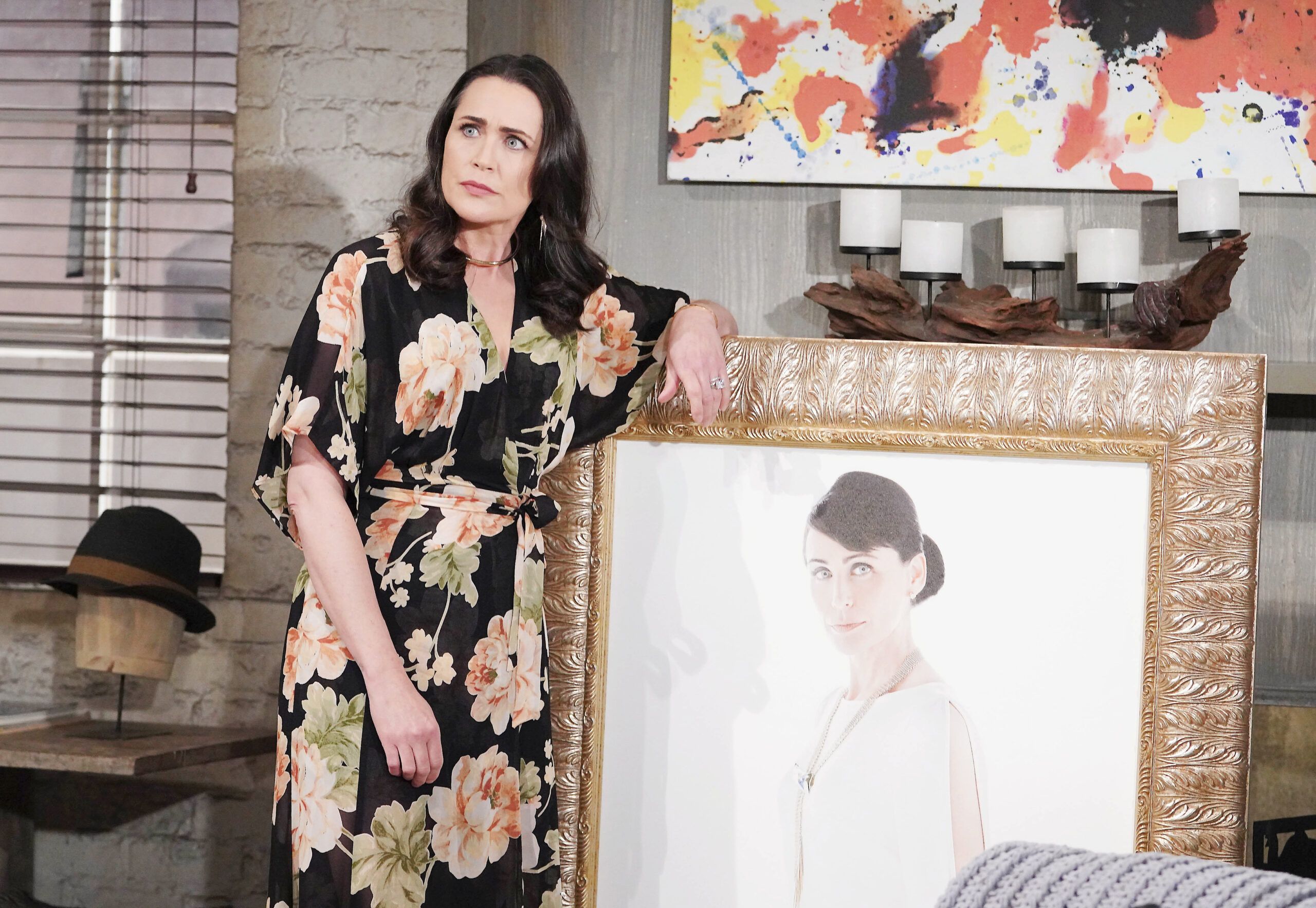 Eric will not want to invite Sheila into his life again. He’s made the mistake before, believing that she could change. But he will welcome Donna’s company over the coming weeks, as a welcome reprieve from his own heartbreak and Sheila’s reemergence. Donna has spoken with Katie about her desire to reconnect with her Honey Bear, and the two will get along with ease. If Sheila wants to make inroads with Mr. Forrester, she’ll first have to find a way to dispose of Donna. 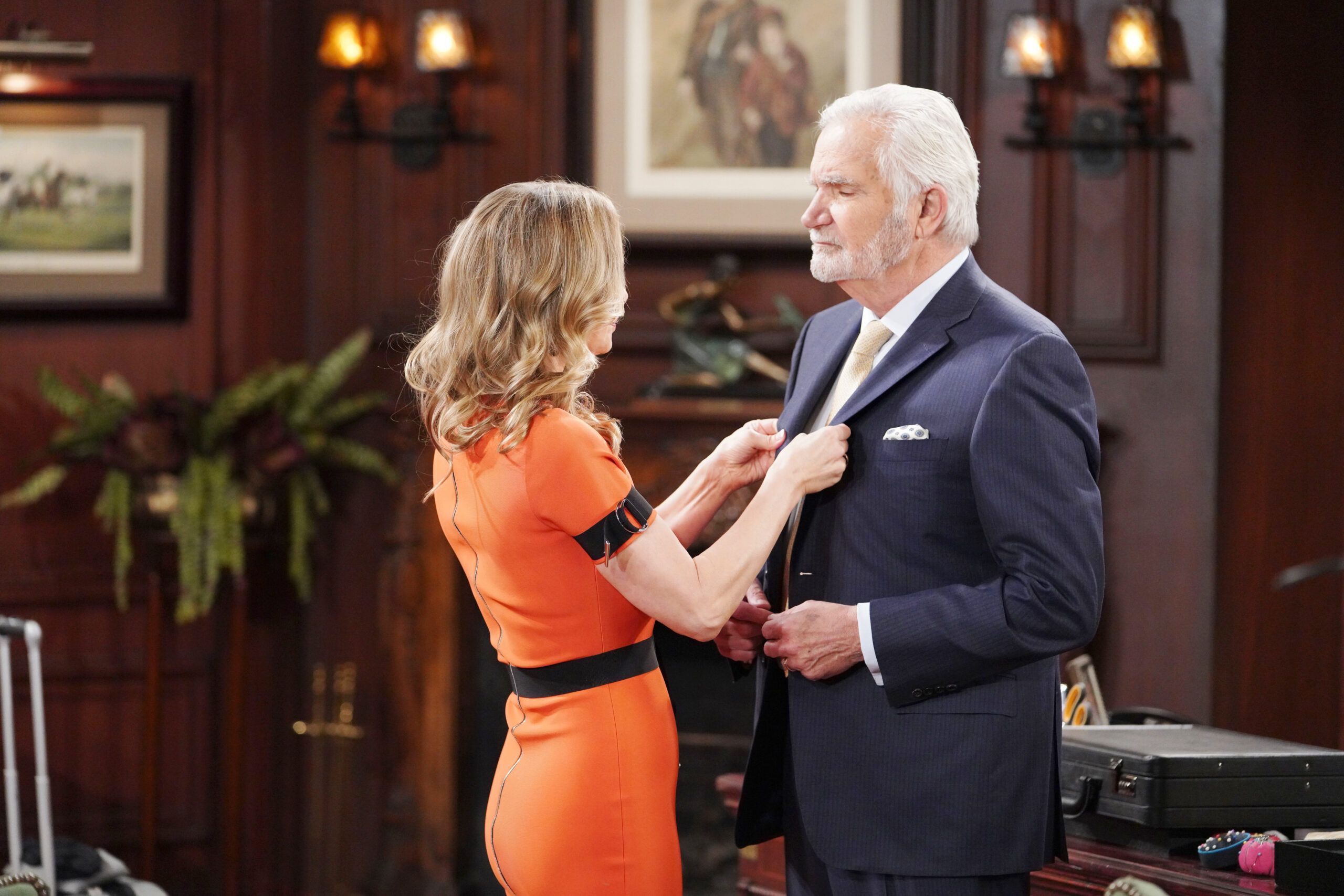