Bold And The Beautiful: Plotline Predictions For November 2019 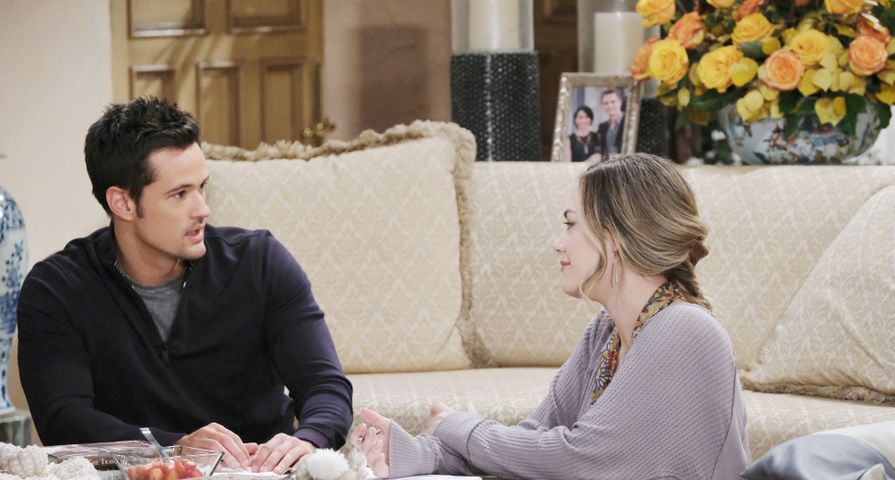 Lope’s relationship will face some major problems, as Hope keeps a secret and Liam becomes jealous when Steffy starts dating, this month on the Bold And The Beautiful (B&B). Also, a major character could be in danger, as Hope and Thomas each try to get the upper hand in the custody battle for Douglas. Plus, some former couples could redevelop feelings for each other this month. Read on for 12 B&B plotline predictions for November 2019.

Speculation teases that Hope’s quest to get full custody of Douglas is going to negatively affect her relationship with Liam. Her ex-husband has expressed to her and her mother Brooke that he’s not keen on the idea. His time is already split between his daughter Kelly and her mother Steffy and Hope and Beth. It’s rumored that Hope is going to go to extremes to adopt Douglas and will keep it a secret from Liam. Once Liam finds out, he won’t be happy at all. But will he break up with Hope? Will Lope be done for good?

As his relationship with Hope begins to crumble, Liam will likely want to lean on the other love of his life, Steffy. But spoilers tease that Steffy will have a new man in her life and Liam will find out she’s dating. This will stun Liam, who has always just assumed Steffy would be waiting around for him. But is she really ready to move on, or is she just trying to make her ex jealous?

10. Zoe And Thomas Get Closer

Rumor has it, Zoe and Thomas will grow closer this month. And even though Thomas is still obsessed with Hope and trying to win her back, he does find Zoe intriguing. The Forrester model is also finding herself drawn to Thomas and Zoe will seize a moment in November and unexpectedly kiss Thomas. But how will he react?

Speaking of Thomas, there is still some speculation out there that he isn’t actually Douglas’ biological father – Ridge is. Caroline had taken prescription pills and had been drinking the night Douglas was supposedly conceived, but what if they had never slept together at all and Thomas is hiding that fact from Ridge? Could something happen to Douglas this month in which he’ll need medical assistance and it’ll turn out Thomas isn’t a match?

With Bridge on the brink of collapse, any number of scenarios could occur, particularly since Ridge has his cheerleader Shauna on his side and waiting in the wings for him. Spoilers tease that early in the month, Brooke and Ridge will have another fight over Hope’s right to become Douglas’ legal guardian. It will cause a further crack in a relationship that may no longer be repairable.

7. Flattery Will Get You Everywhere

Now that Ridge has kissed Shauna, for real this time, will their relationship turn into a full-blown affair in November? There is definitely a connection between the two and Shauna has been spoon-feeding the Forrester designer’s ego for weeks now. “You’re this deliciously talented, amazing Ridge Forrester,” she flattered him after they kissed. “I have met a lot of men in my life and nobody comes close to you.” Ridge, of course, lapped it up. Wouldn’t any man?

Spoilers indicate that since Shauna told Quinn about her kisses with Ridge, Quinn will continue to have memories of the stolen kisses she and Ridge once shared. Viewers are already speculating that she will start to develop feelings for Eric’s son again. Executive Producer and Head Writer Bradley Bell has promised a storyline involving Eric, Quinn and Ridge. Will Ridge and Quinn turn to each other again?

If Ridge and Quinn revisit their feelings for one another, it could leave Eric heartbroken. But there’s one woman out there who would be happy to help him mend his broken heart and that would be Donna. The Logan sister recently called Eric Honey Bear at Forrester when Quinn wasn’t around. Was this a hint toward a possible reunion for these two?

Wyatt will need to make a choice this month about which woman he really wants – Sally or Flo. He’s engaged to Sally but still has feelings for Flo and those feelings have grown since he discovered Flo’s selfless act of donating one of her kidneys to Katie. Both his mother Quinn and his father Bill have advised him to take his time and not rush into anything with Sally. But will he heed his parents’ advice?

Steffy will try her best this month to discourage her brother from sharing custody of Douglas with Hope. She’s still angry with Thomas for keeping the baby Beth secret from her, but she’s also angry with Hope for taking Beth from her without warning and for assuming Liam has chosen a life with her and not Steffy. She also doesn’t want to see her brother do something that he will regret forever.

With the Forrester and Logan families expected to attend the annual Thanksgiving dinner at the Forrester estate, viewers can expect lots of drama to ensue. Will Brooke be seated next to Thomas and have to say something nice about him? Or maybe Hope and Steffy will sit next to each other and be forced to make nice.

Spoilers show Thomas will make an indecent proposal to Hope when she tries to use his feelings for her against him. Will he offer to trade his son for a night of passion with Hope? Rumor has it, Hope’s plan to manipulate him will spiral out of control. It will also take an unexpected turn for the worse and put a major character in danger. But will it be Thomas, Hope or even Douglas? Stay tuned to find out!