Home » The Bold and the Beautiful » Bold And The Beautiful: Plot Holes Fans May Have Missed

Bold And The Beautiful: Plot Holes Fans May Have Missed 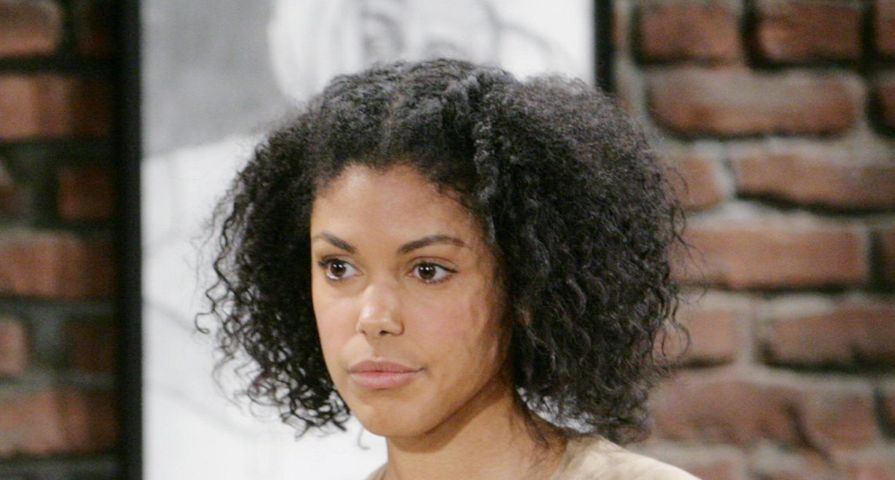 The Bold And The Beautiful (B&B) has had many interesting storylines over the years. But some of them have had plot holes big enough to drive a truck through. When a storyline begins, viewers tend to be optimistic that they’ll get the answers to the questions they’ve been asking as the plot has progressed. But that isn’t always the case. Read on for B&B plot holes fans may have missed.

One wide-open plot hole that remains to this day is why Ridge didn’t come back to Los Angeles when his mother Stephanie found out she only had months to live. Stephanie’s oldest son was her pride and joy and she always did everything in her power to make sure he was happy. Ridge adored his mother and should have been there for her at the end. Fans still wonder why producers didn’t try to make a deal with Ron Moss (who had left B&B a few months earlier) to return as Ridge for at least one episode. Instead, Stephanie’s archrival Brooke was by her side when she passed away in 2012.

The first time Steffy suspected that she was pregnant, she bought a pregnancy test and took it at work. Who does that? She also kept the fact that she was pregnant from her boyfriend Liam. This made no sense, as most women who find out they’re pregnant are thrilled to tell their partner about the new bundle of joy they’re expecting. It wasn’t until she found out Liam was about to marry Hope that she confessed to Liam she was having his baby.

10. Brooke Couldn’t Tell The Difference Between Oliver And Ridge

In perhaps the largest plot hole viewers have ever seen, Brooke ended up getting intimate with Hope’s boyfriend Oliver at her daughter’s high school graduation bash. It was a masquerade party and Hope and her mother were both wearing the same costume and so were Oliver and Ridge. Really? That in itself was unbelievable. Hope was a virgin who had told Oliver countless times that she wasn’t quite ready to take the next step in their relationship. She also said she wanted her first time to be special. So why would she want to sleep with Oliver against a wall at a party? Then there was Brooke. She had been in an intimate relationship with Ridge for decades. How could she not realize she wasn’t making out with her husband almost immediately?

When Liam first arrived in Los Angeles, he was an IT tech, looking for work. The first job he landed was at Forrester Creations. He spoke of how he’d never heard of the Forrester family until he started working for them. But only a few months later, he told Hope that he had suspected Ridge or Thorne was his biological father before he moved to LA.

Taylor was first thought to have passed away in a plane crash in 1994. But she miraculously survived, which was a big plot hole in itself. She had been living on the estate of Prince Omar in Morocco. Eventually, she reunited with Ridge and her children. Then in 2002, in an even larger plot hole, she passed away again in Ridge’s arms. Viewers even saw her in a coffin at her funeral! During the following years, she’d visited some of her family members as a ghost. Then she turned up as a mysterious guest at Nick and Bridget’s wedding. Viewers couldn’t believe what they were seeing when Ridge dug up her coffin and found a plastic mannequin inside. It turned out she had been alive and well and once again living in Morocco with Prince Omar. So, how does one appear as a ghost when they’re actually alive?

Another wide plot hole that opened up on B&B was when Jacqueline MacInnes Wood stepped into the role of Steffy in 2008. When she and her sister Phoebe were born, they were identical twins. In fact, Steffy and Phoebe were originally played by identical twins Keaton and Kyle Rae Tyndall and then Addison and Alex Hoover in 2004. But when Wood joined the cast, writers changed the sisters to fraternal twins, as Phoebe was already on the canvas and was portrayed by MacKenzie Mauzy. The change in the twin’s status was never explained, but how could it be?

6. Where Are Karen And Dani?

Writers have never explained the absenteeism of Karen and Dani, which created plot holes in several storylines. When their daughter Caroline passed away, Karen and Dani didn’t attend the memorial service for her in LA. Couldn’t the couple have hopped on a flight from New York? The next absence that makes no sense was when Thomas disappeared, right after the baby Beth secret came out. Why didn’t anyone call them to let them know? It’s highly likely they would have been willing to step in to take care of their grandson Douglas when Thomas was missing. So why didn’t they?

When Sheila returned to the B&B in 2017, viewers were stunned. She was back in LA to reclaim her ex-husband Eric. And she began to investigate his current wife Quinn. She found out Quinn had kissed Eric’s son Ridge several times and went to Eric with the information. But he ended up choosing Quinn anyway and shortly afterward, Sheila disappeared. This was not the Sheila viewers remember. She would never have left town without putting up more of a fight.

When Thomas came back to the B&B in March 2019, viewers were hoping he would be thrown into a love triangle with his ex-girlfriend Sally and her current boyfriend Wyatt. Instead, writers had him fixated on Hope right from the start. He spoke about how he’d always been in love with her. Yet years went by when Thomas didn’t give Hope a second thought. So, it seemed pretty unbelievable that he was suddenly so obsessed with her.

After Hope and Liam thought their daughter Beth had been stillborn, one thing they had noticed about her was that she’d had a distinct birthmark. In fact, the birthmark was mentioned several times, leading viewers to believe that Hope would somehow meet the real mother of the stillborn child who was placed into Hope’s arms. Nothing ever came of the birthmark, which still makes it a big plot hole to this day.

2. Caught In The Act

In the early 2000s, Taylor caught Thomas with Gabriela when they were about to do the deed. She told her son that he wasn’t old enough to have an intimate connection with Gaby. This made no sense, as Gaby and Thomas were married. Sure, it was a marriage of convenience since Gaby had just found out she wasn’t an American citizen, but they were married, nonetheless. Plus, did the writers forget that this wasn’t Thomas’ first time? He’d previously had an intimate relationship with Amber when they had dated.

In 2013, when Maya first arrived on the scene, Dayzee was wary of her. Maya was an ex-con who had come to LA, demanding to know where her baby was. Dayzee, who had put the child up for adoption, didn’t want to tell her the truth. The child had passed away in a car accident with her adoptive parents. Dazyee eventually did tell Maya, and she was devastated. But at the time, this child was characterized as Maya’s biological daughter. However, two years later, writers decided the character of Maya was transgender and they created a large plot hole. Her late daughter was suddenly referred to as her late stepdaughter. Many viewers at the time hadn’t forgotten the original storyline, even though it seemed the writers had.