Bold And The Beautiful Couples We Want To See Back Together 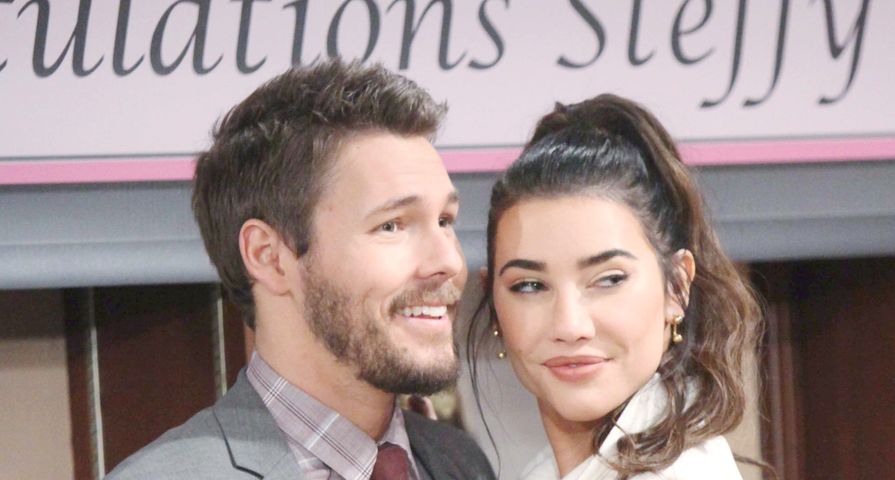 The Bold And The Beautiful (B&B) has had its share of couples that have thrilled fans. Some seemed like they would make it but were torn apart by meddling relatives, exes or other outside forces. Other pairings just never stood a chance to begin with. From super couples like Ridge and Taylor to more recent pairings like Lope, Wally and Steam, here are 12 B&B couples we want back together.

Taylor and Ridge first met back in 1990. They became friends, and when Ridge’s wife Caroline passed away, Tridge fell in love. This super couple was very popular with fans in the 1990s and early 2000s. They were married several times, but didn’t stand much of a chance because Brooke was always waiting in the wings for Ridge. In March 2019, when their son Thomas returned to Los Angeles, Tridge’s relationship was revisited, albeit only briefly. Taylor kissed Ridge and many fans at the time were hoping it would lead to more. But Taylor exited the B&B canvas shortly afterward and hasn’t been seen since.

Nick and Bridget seemed to have an enduring love for each other, but betrayals and lies on both their parts broke them up countless times. They always seemed to find their way back to each other, until Bridget cheated on Nick with his mother’s boyfriend Owen. Then she found out she was pregnant with Owen’s child and Nick and Bridget broke up again, for good this time.

Justin and Donna were high school sweethearts, but their romance ended abruptly when Donna found out she was pregnant and left town to have the baby. She gave birth to a son and put him up for adoption. When their son Marcus came looking for her, years later, she reconnected with Justin and they got married. But not long after, they broke up, although they remained friends. Last year, the couple seemed to reconnect once again and fans were hoping it would lead to a reunion, but alas, nothing ever came of it.

Thomas and Sally fell in love in 2017 and became the star-crossed lovers of B&B. Thomas’ father Ridge and his sister Steffy disapproved of their relationship, especially after they discovered Sally had stolen designs from the fashion dynasty. To Sally’s surprise, Thomas forgave her, and their love grew stronger. However, as with many soap romances, outside forces drew them apart and they split up. When Thomas returned to Los Angeles in March 2019, many fans were hoping his homecoming would mean he would vie for Sally’s affections once again. But instead, he had no interest in her and was obsessed with winning the affections of Hope.

When Rick first heard Maya sing at Dayzee’s café, he was captivated with her immediately. Their love endured through several breakups and reconciliations. And when Maya revealed to Rick that she was transgender, he told her he still loved her no matter what and they were married shortly afterward. The couple broke up at in late 2018, but Executive Producer Bradley Bell has promised there will be a Rick, Maya and Carter love triangle coming up, although when that will happen remains to be seen. So, fans of this couple may still see them reunite eventually.

Deacon and Quinn seemed like they were made for each other. Both have dark sides that they let loose on occasion, but they also have their soft sides when it comes to love. These two fell in love and got married, but their wedded bliss didn’t last long, and their love quickly turned to hate. Quinn pushed Deacon off a cliff into the ocean, but he survived. Then he targeted Quinn and tried to do away with her, but he was caught and put in prison. But there’s a thin line between love and hate and fans would like to see that line blurred again for these two. If Deacon were to be released from jail, fans could still get what they want and see a Quinn and Deacon reunion.

They say some of the best marriages begin when two people are good friends, and this can be said about Eric and Brooke. The couple was popular with fans and their union produced two children, Bridget and Rick. They still care for each other and Eric still loves Brooke and would do just about anything for her. Brooke sees Eric as her best friend, but could those feelings turn to more and could their romance be reignited? With Brooke’s marriage to Ridge standing on the edge of a knife, and if Eric’s marriage to Quinn were to fall apart, could these two find romance together again?

On the other hand, if Quinn and Eric were to break up, some fans would rather see Brooke’s sister Donna with the Forrester patriarch. Donna and Eric were happily married in the past and still have an undeniable connection. In late 2018, Quinn became wary when Donna returned to Los Angeles. She saw Donna reconnecting with her ex-husband and flirting with him and Quinn didn’t like it one bit.

This couple was a surprise from the get-go. They began working together and suddenly their attraction to each other was undeniable. But this couple had one larger than life obstacle that got in their way – Katie’s ex-husband, and Wyatt’s father, Bill. The Spencer magnate forbade them to get married, telling his son he would cut him out of his company and his will if he made it official with Katie. Now that Katie is engaged to Bill, it doesn’t look like fans will see this couple reunite anytime soon.

Viewers loved how much fun Wyatt and Sally had together. From their first evening at Wyatt’s beach house when Sally took a shot at Bill’s photo on his mantle, their relationship was electric. But outside forces were working to tear them apart, specifically Wyatt’s meddling mother Quinn. And once Wyatt’s high school sweetheart Flo appeared in Los Angeles, Sally didn’t stand a chance. He dumped Sally to date Flo but reunited with her once Flo’s part in the baby Beth secret came out. Wally fans were thrilled when the couple got engaged last fall. But Wyatt never bought Sally an engagement ring and he recently dumped her for Flo again, thus ending Wally.

Hope and Liam also just broke up a few short weeks ago when Hope caught him kissing Steffy right after he’d proposed to her. Lope also began as friends, but they couldn’t deny the chemistry between them and fell deeply in love. They’ve been married twice, but something or someone always meddles in their relationship to tear them apart. Even though a Liam and Hope reunion doesn’t seem like it’s in the cards anytime soon, Lope fans are still hoping for a miracle – that this couple will find their way back to each other.

Much like Lope, Steam has broken up and gotten back together countless times. They are currently living under the same roof again, but Liam is still trying to get over his recent breakup with Hope. However, Steffy’s father Ridge has told her she belongs with Liam and Liam’s father Bill has also recently encouraged him to reunite with her. Bill told Liam he believes Steffy makes him a better man. And it looks like Steam fans may get their wish for a romantic reunion, as it’s rumored these two will share some kisses in upcoming episodes.