Bold And The Beautiful Couples That Annoyed Fans 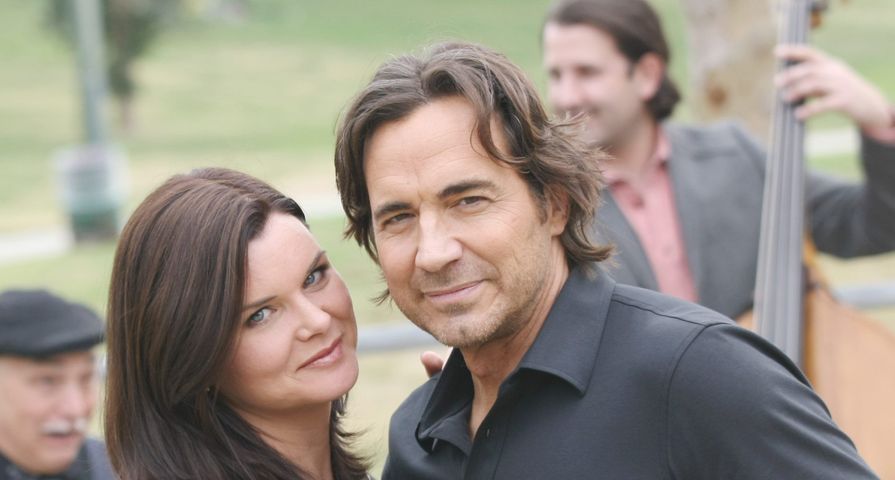 The Bold And The Beautiful (B&B) has had many great couples during the show’s 32-year history and fans have enjoyed rooting for these pairings and watching their love stories grow. On the flip side, there have also been some couples who have exasperated, infuriated and annoyed fans over the years. Here are B&B’s 12 couples that fans have found annoying:

As a couple, Emma and Xander just never clicked with viewers. They met at Forrester as interns in the summer of 2018 and the pair annoyed fans immediately. This coupling was so aggravating, they were dubbed the fast forward storyline – meaning every time the pair appeared onscreen, viewers would fast forward their scenes on their DVRs! Emma and Xander broke up once Xander’s ex Zoe arrived on the scene, to the relief of most viewers.

When Amber found herself pregnant, she trapped Liam into believing the child was his. He passed out at her apartment one evening and she told him they had spent the night together. Liam was in love with Hope and didn’t even like Amber. Viewers were annoyed that this turn of events and his coupling with Amber was destroying Liam’s relationship with Hope. When Amber gave birth and the baby turned out to be the son of Marcus Forrester, this infuriating couple was done for good.

Stephanie and James appeared to have zero attraction to each other and almost seemed to be thrown together by writers just to see if they would connect. Unfortunately, they didn’t. This pairing irritated fans to no end – they were great as friends but terrible as a couple, like two magnets turned the wrong way. Luckily, the relationship didn’t last long, and Stephanie and James broke up almost as quickly as they got together.

Amber manipulated Rick from the get-go. She was a gold-digger who got to know Rick when she was his babysitter. Fans were infuriated when Amber cheated on Rick and then was expecting his baby but lost the baby and swapped out her cousin Becky’s child as her own. When Rick found out, viewers were overjoyed when he dumped her and ended this annoying coupling once and for all.

Quinn convinced Liam she was his wife after he’d passed out in the Forrester parking lot and woke up with amnesia. His brother Wyatt’s mother had quickly whisked him away to a cabin in the woods and told him his name was Adam and hers was Eve. This irritated fans, as Liam was engaged to Steffy and once again Quinn had interfered in Liam’s love life. Some fans are still annoyed to this day that Quinn never got her comeuppance for kidnapping Liam. But at least this annoying couple was taken off the canvas.

Nick was married to Bridget when he had a one-night stand with Katie. The youngest Logan sister had been told she didn’t have much time left to live and Nick comforted her, which resulted in the couple hooking up. Bridget saved Katie’s life in the nick of time and Katie and Nick decided to keep their night of passion to themselves. But when Katie found out she was expecting his child, they had to admit the truth. Viewers were upset when this relationship resulted in Nick and Bridget breaking up. They also felt Nick and Katie just didn’t fit together. It seems the writers’ agreed, as they ended this coupling when Katie lost the child she was carrying.

Taylor was in a bad place in her life when she hooked up with Brooke’s son Rick. She had just found out the eggs used to create her son Jack (with Nick) had been donated by her nemesis Brooke. Fans were annoyed by this couple as they didn’t seem to fit together – and many viewers also felt that Taylor wouldn’t have dated her daughter Phoebe’s ex-boyfriend. This coupling ended when Phoebe tragically passed away in a car crash.

When Liam jumped into the Seine River in Paris to save Ivy after Quinn had pushed her off a bridge, she had stars in her eyes. It quickly became obvious that Ivy was falling for the eldest spawn of Bill Spencer. But viewers had anything but stars in their eyes and were immediately annoyed by this couple. When Liam married Ivy so she could gain American citizenship, fans became exasperated and were relieved when Steffy’s return from Europe finally put an end to this annoying coupling.

It was obvious that Liam was the love of Hope’s life and Wyatt would always be relegated to second choice. When Hope married Wyatt because Liam was 15 minutes late meeting her at the Eiffel Tower in Paris, fans were frustrated by this couple immediately. Hyatt was always seen as a space filler for when Hope and Liam would reunite, which turned out to be exactly what they were in the end.

Sheila Carter had committed many crimes in Genoa City, the location of B&B’s sister soap, The Young And The Restless (Y&R). So, when Sheila suddenly appeared in Los Angeles and began targeting Eric, it riled many fans. Eric was so blinded by Sheila that he even went so far as to marry her. Although this relationship had its moments, viewers were pleased when Y&R’s Lauren Fenmore arrived on the scene and exposed Sheila for who she was, thus ending her annoying coupling with Eric. Sheila returned to the B&B canvas in 2017, hoping to renew her relationship with her ex-husband. But Eric was loyal to his wife Quinn and ended up kicking Sheila to the curb again.

Fans were frustrated when Bridget and Owen had a one-night stand that produced their son, Logan. The dalliance resulted in ruining Bridget’s marriage to Nick and Owen’s marriage to Jackie. Viewers found this couple annoying and liked the characters better when they were paired with other people. Eventually, Bridget realized Owen was still in love with Jackie and she let him go, thus ending this frustrating couple once and for all.

Ridge and Katie’s relationship was awkward from the beginning. When Ridge promised his heart to Brooke’s sister, he gave her a red ribbon to wear on her finger, rather than an engagement ring. Although this gave Katie’s ex Bill some great wisecracks about the lack of a ring, the whole relationship exasperated and annoyed viewers and most were relieved when it ended.