Bold And The Beautiful Cliffhangers That Surprised Fans 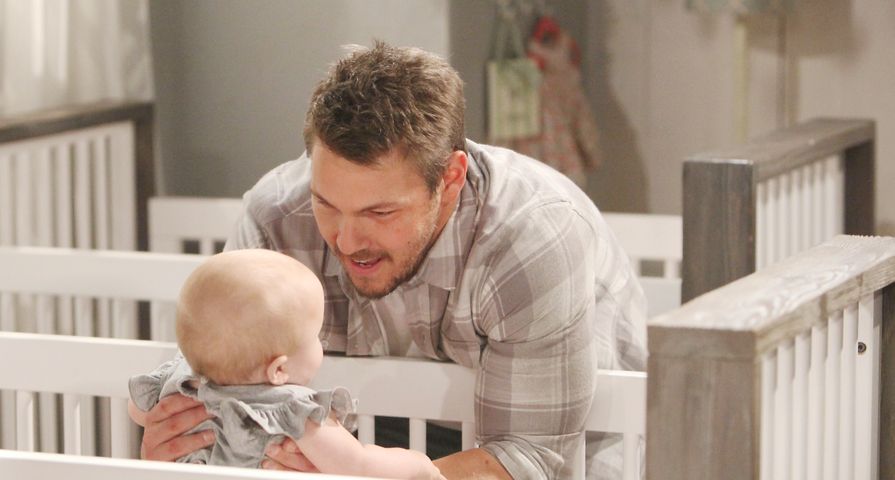 Last minute plot twists, unexpected developments and unanswered questions often leave viewers hanging until the next episode. And Bold And The Beautiful (B&B) has certainly had its fair share of cliffhangers during its 30-year history. From electrocutions, shootings, and tragic accidents, below are the B&B’s 12 cliffhangers that surprised fans.

In 2015, Steffy told Wyatt Ivy had cheated on him with Thomas. So, Ivy went to Forrester to confront her cousin. As they argued, Steffy then climbed up the stairs to a dangerous, restricted area she had been told to avoid. Ivy was standing behind her and as Steffy turned around, she accidentally pushed her into an electrical panel. In a cliffhanger that surprised viewers, Ivy was electrocuted.

11. Storm Sacrifices His Life For Katie

One of the most heartbreaking cliffhangers occurred in 2008 when Storm Logan took his own life. He had accidentally shot his sister Katie and she needed a heart transplant to survive. Storm found an empty hospital room and wrote a goodbye note to his family before he shot himself. Brooke and Donna were shown screaming and crying in the hallways of the hospital. It was a surprising end to a B&B legacy character.

10. Thomas Falls Into A Vat

In November 2019 B&B teased fans that something big was going to happen. Charlie had mentioned several times that everyone should stay away from the warehouse area because they were using hydrochloric acid to clean the tanks. And when Thomas chased Hope into the warehouse and tried to kiss her, she pushed him away and he fell over a railing into a vat. As the closing credits rolled, viewers thought Thomas had perished.

Caroline was happy but also a little terrified when she found out she was pregnant. She wasn’t sure if the father was her husband Ridge, or his son Thomas. In her mind, she was sure the baby she was carrying was her husband’s. And just as Caroline was about to tell Ridge, viewers were surprised when he blurted out that a year earlier, he’d had a vasectomy.

In a startling cliffhanger, Liam discovered Steffy had taken a paternity test. After she found out she was pregnant, she panicked, thinking the father of her child was Liam’s dad Bill. But the results proved Liam was the father and Steffy was ecstatic. Later that day, the couple were on the cliffside, planning their future together. But then Liam went inside and noticed a piece of paper in Steffy’s purse. As he read it, he was stunned to realize it was a paternity test.

The big Maya cliffhanger on B&B occurred on March 18, 2015. After years of wondering why her sister had abandoned their family, Nicole finally figured it out. “You’re not my sister Maya. You’re not Maya at all,” Nicole said. “You’re Myron, my brother.” Not only did this heart-stopper surprise viewers, but it also made headlines all over the world.

In a classic cliffhanger, best man Wyatt put an abrupt halt to Lope’s nuptials. Liam believed Steffy was still carrying on with his father Bill, so he proposed to Hope but Wyatt knew it was all a set-up. Was he about to tell Hope, Liam and everyone in attendance that Steffy had remained loyal to Liam? Would Hope and Liam still say their I Do’s? Viewers had to wait until Monday to find out.

Fans were stunned when Dollar Bill was shot in the back in 2018. During the weeks leading up to the shooting, Bill had turned everyone against him. But fans didn’t expect such a white knuckle ending to the episode. As the shooter made his or her getaway, Bill lay on his balcony, unconscious and bleeding.

4. Ridge Plummets Into The Persian Gulf

Just as Bill and Brooke’s 2014 wedding ceremony began, Ridge came running down the beach toward them. He grabbed Brooke’s arm and pulled her into a nearby helicopter. The chopper was piloted by Dollar Bill’s right-hand man Justin. In a cliffhanger ending to the episode, Ridge fell out of the helicopter and plummeted into the Persian Gulf.

For a show filled with great cliffhangers, perhaps none was so chilling as when Thomas followed Emma down a highway in Los Angeles. She was on the way to Hope’s house to tell her friend her daughter Beth was still alive. But Thomas didn’t want Hope to know. Emma’s car careened off the road and into a ditch. Emma passed away in the vehicle and Thomas looked satisfied as he gazed down at the wreckage of her smashed car.

In a massive cliffhanger that took place recently, viewers found out Sally had been faking her fatal illness. Her doctor, Penny Escobar, had arrived at Wyatt’s beach house and Sally got into an argument with her. Penny told her she needed to tell Wyatt the truth and viewers were stunned by Sally’s reply. “You want me to tell Wyatt that I am not dying?”

The baby Beth storyline was an exercise in bait and switch for fans. It seemed like every week there was a cliffhanger conversation Lope was going to overhear, and viewers thought they were going to find out their daughter was alive. But instead of the plot being resolved, it dragged on for months. However, thanks to Douglas, the truth finally hit Liam like a gut punch – Phoebe is Beth. And fans finally got the payoff they were waiting for when he ran into Steffy’s nursery and picked up his daughter out of her crib. “Da Da,” Beth said to him. “Yeah, I’m your Da Da,” Liam replied, tears streaming down his face.