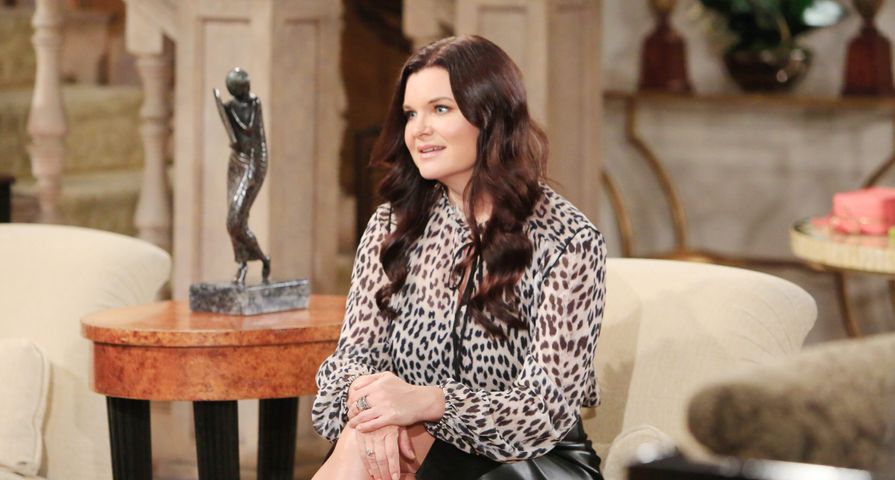 In this series, we look at three characters of a specific soap opera — in today’s case, The Bold and the Beautiful (B&B) — who have been underused on the canvas as of late. We make a case for why each of these characters either needs or deserves their own storyline. Which actor do you think warrants more screen-time? Vote for your choice in the poll below and help us determine which of these soap opera stand-ins should get more respect!

Despite her blockbuster background and world-famous face, Denise Richards hasn’t left a crater-sized impact on B&B the way many viewers predicted. She entered the canvas slowly, first getting absorbed in her daughter Flo’s (Katrina Bowden) despicable baby-swap crime. Needless to say, Shauna’s motherly duty to defend Flo made her an instant pariah, but it didn’t quite seal her fate like the next storyline would.

Surprisingly, it was her quickie wedding with a drunken Ridge (Thorsten Kaye) that derailed the character of Shauna Fulton. Viewers (well, everyone but Team Brooke) enjoyed this pairing, as Shauna brought a light, flirty presence into Ridge’s life that contrasted the heaviness of his on-again, off-again romance with Brooke (Katherine Kelly Lang).

Want spoilers? Check out Bold And The Beautiful: Spoilers For September 2021

Shauna got Ridge boozed up, married him in an all-night chapel, and then claimed that he’d asked her to move back to LA to be with him. Quinn (Rena Sofer) allowed the whole scheme to carry on for as long as it did, but Shauna stood by, letting Ridge believe that he’d finalized his divorce to Brooke via text — when it was really Shauna! (In all fairness, though, Ridge should probably cut back on his drinking.)

Neither of these storylines made her very popular in LA, and Shauna has been treading water ever since. Being Quinn’s bestie has kept her onscreen this year, and she made some inroads with Eric (John McCook). By and large, however, Shauna seems to be cut-off from the social fabric of the canvas.

B&B writers have enough sense to leave Flo in time-out for a while longer, but I think it’s time to reactivate Shauna and recapture her original spark. There are several cast members who could have amazing chemistry with an actress like Denise Richards; in fact, let’s discuss one of them right now…

When Justin Barber (Aaron D. Spears) was revealed to be a villain during the Vinny Walker (Joe LoCicero) murder mystery, a lot of viewers were puzzled. Sure, the attorney’s decision to betray his best friend so that he could run Spencer Publications was erratic, to say the least. But the power play wasn’t totally out of character, when you consider some of the things Justin has done in the past — like, say, dropping Ridge out of a helicopter and into the Persian Gulf.

The last time we saw Justin, he was in Ridge’s office and proposing an alliance to bring Dollar Bill (Don Diamont) down. We don’t know how that meeting ended. Although the storyline has been shuffled to the bottom of the deck, making space for Sheila Carter (Kimberlin Brown), it’s tantalizing to think about Justin’s trajectory from here.

He’s no longer Bill’s henchman, and we’ve seen what the legal eagle can do when left to his own devices. Moreover, viewers have seen what Aaron D. Spears is capable of as an actor. His last scene with Don Diamont, in which they emotionally broke off their friendship, gave Barber more depth of character than he’s had in, well, forever! Also, did anyone else think that Spears stole that scene?

Regardless of how the Vinny Walker storyline limped to its conclusion, Justin levelled up in the villain department, so it’ll be exciting to see how his rapport with Ridge grows over time. Will Ridge make Justin a better man, or will Justin indulge Ridge’s worst impulses? Spears recently shared that he’s back on the B&B set, so hopefully we’ll see a lot more of this character soon.

When Heather Tom moved to B&B from its sister-soap, The Young and the Restless (Y&R), the role of Katie Logan seemed to run parallel with Y&R‘s Victoria Newman. Both women are capable of crafty and impetuous behavior, but both also have an upstanding moral compass. So while Katie has often been one of the more grounded characters on B&B (relative to the likes of Brooke or Quinn, anyway), she hasn’t had as many exciting storylines.

Want plotline predictions? Check out Bold And The Beautiful: Plotline Predictions For September 2021

In fact, for an actress who’s only 45 years old, Tom might have the same problem as soap opera royalty twenty years older than her: she’s done so much, writers aren’t sure what to do with her anymore. This storyline fatigue has been exacerbated by the various health problems Katie has collected over the years. From her heart transplant, a subject which has been revisited with several heart attacks and close-calls, to her depression and alcohol abuse, Katie is unusually real for a soap opera character.

Yet the truth remains: Heather Tom is one of the finest actresses in daytime television. (Just count her record-tying number of Daytime Emmys, if you don’t agree.) For that reason, it’s difficult to watch her trading exposition-heavy dialogue about Sheila Carter from the sidelines instead of owning a storyline for herself. Surely B&B writers can take her out of Bill Spencer purgatory and find her a new path in LA.