Bold And The Beautiful: Plotline Predictions For September 2021 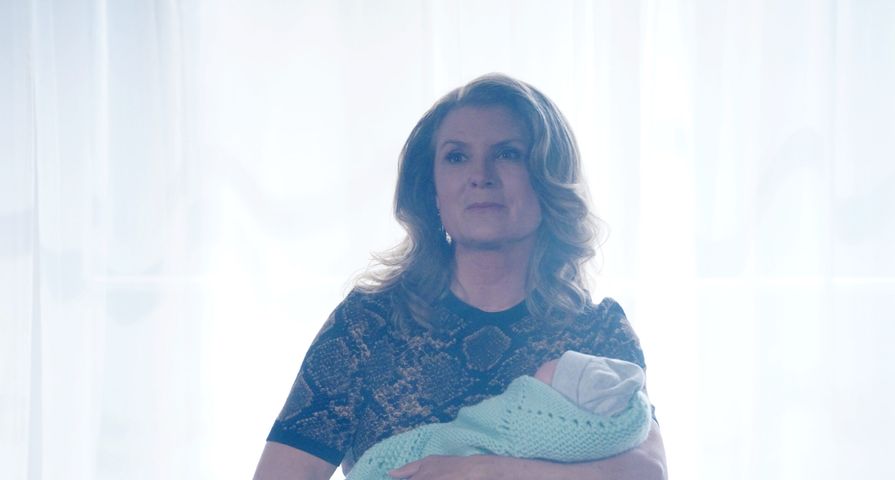 August was explosive in the land of The Bold and the Beautiful (B&B), and September promises to be equally dramatic! Will anyone find out that Jack is really Finn’s father? What kind of schemes will Sheila be up to? Can Quinn and Eric get past the current slump in their marriage? Is there a chance she’ll turn to Carter again? It’s hard not to speculate on storylines! As such, below are some B&B plotline predictions for September 2021.

Is Eric telling the truth about his “issue” in the bedroom? This would be an interesting storyline to dive into, as it is a common condition for men his age. With that said, this is also a soap opera, so it’s hard not to believe that he’s making it all up to catch Quinn in a trap.

11. Quinn and Carter Go At It Again

In light of Eric’s “issue”, it’s hard to believe that Quinn won’t turn to Carter for her “needs”. She loves him, and it was hard enough to say goodbye. However, there’s a chance Quinn and Carter could cross paths and allow emotions to get the better of them. Quinn probably would’ve cheated on Eric this month anyways. The “issue” will help her justify her actions.

Let’s all remember, B&B fans, this is a daytime drama, so anything is possible! While Quinn is exiting her child-bearing years, it’s completely plausible that she might find out she’s expecting in September. She’s hopped in and out of Carter and Eric’s bed recently, so this is usually the direction a storyline heads.

9. Things Are About To Get Complicated

If Quinn finds out she’s expecting, she’ll panic. Not only for the obvious reasons but also because of Eric’s issue. If she figures out how long she’s been carrying the baby and does the countdown to find out it’s Carter’s, she’ll worry. She’ll want to buy some time with Eric before taking the next steps, so she’ll start scheming.

Quinn can’t come out and tell Eric she’s expecting, because then she’ll have to tell him that she’s been with another man — and he’ll conclude that it’s Carter. Quinn will come up with a scheme where she “drugs” Eric. After he wakes up, she’ll have him believing that they had a passionate night together. Then, some weeks later in September (maybe October), she’ll tell him she’s having their child. She’ll adjust those baby timelines to have him believe the baby is his.

Brooke is bound to be all up in Quinn’s business. Quinn will have to be very careful of her steps (and next steps) when it comes to Brooke and even Ridge. Quinn’s on shaky ground when it comes to these two, as it is. But Brooke and possibly Donna could overhear something that would blow Quinn’s plan out of the water.

Across town, Steffy and Finn’s marriage will continue to crumble, all thanks to Sheila. Finn’s already betrayed his wife, and Steffy will lay down the law. She doesn’t want Hayes anywhere near Sheila, and while Finn is a tad intrigued by his bio mom, he doesn’t want to rock the boat with his new wife. But her attitude might rub him the wrong way. This conflict will continue to place a wedge between the newlyweds.

Whether it’s his bio mom’s “charm” or Jack persuading him, Finn will likely (secretly) stay in contact with Sheila. Sheila may even manipulate Finn into turning his back on Steffy. She may try and convince him to annul their marriage. After all, what kind of woman would keep their husband away from his mother? He could fall for this, hook, line and sinker.

4. Paris and Finn Continue To Bond

As Finn drifts from Steffy, he’ll gravitate towards Paris, and these two will bond. He’ll resent Steffy’s demands, and Paris will become a shoulder to cry on. They’ll get closer and closer as the weeks go by. Could they cross a line in September? Probably not, but anything is possible!

As Paris is Team Finn (all the way), she may become friends with Ms. Carter. Sheila will act like a misunderstood victim, and Paris will fall for it. Sheila will manipulate Paris for her gain. After all, if Finn bonds with Paris, he’d say “buh-bye” to Steffy for good. Sheila may set these two up to have an affair because the outcome would benefit her in the long run.

Sheila got Jack to help her see Baby Hayes “one last time”; who’s to say she won’t further use him to get what she wants? She could hold her blackmail over his head for multiple tasks this month. She may get him to allow her to see Hayes again, or have him convince Finn to give her a chance. Either way, Sheila will use Jack (and their secret) to her advantage in September.

There’s also a possibility that Sheila takes Baby Hayes, and runs with the child! What if Finn is in a bind and only Sheila can watch the infant? He’d beg his bio mom to keep it hush-hush, but she’ll have other plans. She might even wait for an opportunity when Finn lets his guard down, so she can sneak out, baby in tow.