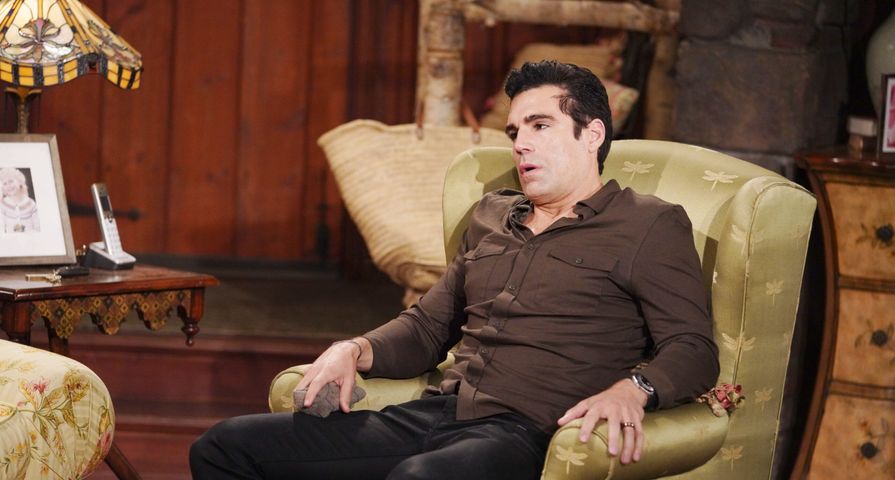 In this series, we look at three characters of a specific soap opera — in today’s case, The Young and the Restless (Y&R) — who have been underused on the canvas as of late. We make a case for why each of these characters either needs or deserves their own storyline. Which actor do you think warrants more screen-time? Vote for your choice in the poll below and help us determine which of these soap opera stand-ins should get more respect!

Devon Hamilton (Bryton James) has been on the Y&R canvas for over fifteen years, and he’s been involved in many memorable and dramatic storylines. In the past few years alone, he’s had an affair with his adopted pop’s wife, Hilary (Mishael Morgan), fought over women with both Neil (Kristoff St. John) and his cousin, Nate (Sean Dominic), and mourned the untimely passing of both Hilary and Neil on separate occasions. He’s endured a lot.  In other words, we’ve seen what James is capable of as an actor, and Devon has become a beloved character on the CBS soap.

Paradoxically, the character’s chief asset right now (besides his contagiously cool demeanor) is also what’s been sidelining him: girlfriend Amanda Sinclair (also Mishael Morgan). Devon and Hilary became a popular super-couple, so it’s no surprise that Y&R producers were willing to move beyond contract issues and reenlist Morgan to play Hilary’s twin, Amanda. After all, the two have great chemistry!

Want spoilers? Check out Young And The Restless Spoilers For The Next Two Weeks (August 23 – September 3, 2021)

Viewers haven’t been able to see that chemistry in a long time, in no small part because of the global health crisis. (Go ahead and ask co-star Jason Thompson his thoughts on that!) So while Amanda has been embroiled in the twists and turns of the Sutton Ames (Jack Landron) case, Devon has been a supportive boyfriend. Once in a while, he encourages Abby (Melissa Ordway) or Mariah (Camryn Grimes) to speak their minds, but he’s mostly a sounding-board for Amanda. For the past few months, whenever someone asked Devon how he was doing, he’d immediately bring up how strong his girlfriend is.

With that investigation cooling off, it seems like Devon might be coming out of Amanda’s shadow. He’s been helping Moses (Jacob Aaron Gaines) navigate some big teenager decisions and spoilers indicate that he could play a major role in discovering who kidnapped Mariah. If the Newman-Abbott-Chancellor baby is kidnapped, perhaps that’ll give Devon some juicy scenes to explore. We’re hoping big things are ahead for this underused star.

Another character who has been caught up in Amanda’s orbit for the past few months is her half-sister, Imani (Leigh-Ann Rose). Unlike Devon, Imani is a brand new character with almost no attachments to the socially entangled city. On top of that, actress Leigh-Ann Rose fully inhabits her character’s shrewd, confident and fearless personality, making her a lot of fun to watch.

She’s recently branched out from Amanda’s investigation and begun creating a wedge between Nate and Elena (Brytni Sarpy). She isn’t diminished by awkward situations; in fact, her ability to ignore the “shame” of being a third wheel makes her a real threat to Elena! This could-be love triangle has a lot of potential.

Plus, Imani has a unique backstory, growing up in a very disciplined, political family where they fought enemies, campaign after campaign. While she appears to stand up for truth like her half-sister, Amanda, her grandfather’s manipulative influence has surely helped sculpt her as a person. Viewers just haven’t had a chance to see it yet!

At present, Imani is not featured on CBS’s Y&R cast page but it’s clearly in need of updating, since it still features Lola Rosales (Sasha Calle), who left several months ago. Let’s hope Y&R writers continue to put this character into play, because her personality and background could shape many future storylines.

What are the lingering after-effects of being poisoned, anyway? Do they include drowsiness, or the inability to move facial features? Because when Rey (Jordi Vilasuso) questioned Adam (Mark Grossman) about Mariah’s disappearance last week, it looked as though he was struggling to stay awake.

Rey Rosales is the most curious candidate on this list because it’s hard to know what he’s capable of, emotionally or professionally. As an actor, Vilasuso is like the Mona Lisa — beautiful but inscrutable. As a detective (and the only cop in Genoa City, at that), Rey’s service record has been spotty at best. And despite his heroic attributes, most Y&R viewers prefer his wife Sharon (Sharon Case) with a partially reformed psychopath than him!

Want plotline predictions? Check out Young And The Restless Plotline Predictions For The Next Two Weeks (August 23 – September 3, 2021)

Rey recently promised Sharon (Sharon Case) and Tessa (Cait Fairbanks) that he would find Mariah, and frankly, he has a lot to prove. Since arriving in Genoa City in 2018, the detective has covered almost as many crimes as he’s uncovered, protecting Mia Rosales (Noemi Gonzalez) from being arrested and concealing the location of Sharon, Nikki and Victoria when they were wanted by police. Rey’s also in the habit of following the wrong suspects; remember when he thought Victor (Eric Braeden) murdered J.T. (Thad Luckinbill)?

For nearly as long as he’s been on the canvas, Rey has also been in a shaky relationship with Sharon. The whole city knows that her affections are deeper for Adam than they’ll ever be for him, and he spends a lot of time dwelling on this. We need Rey to have a moment of truth. If this character is going to have any future on the canvas, we’d better find him a crook to collar or a partner he has undeniable chemistry with, and fast!