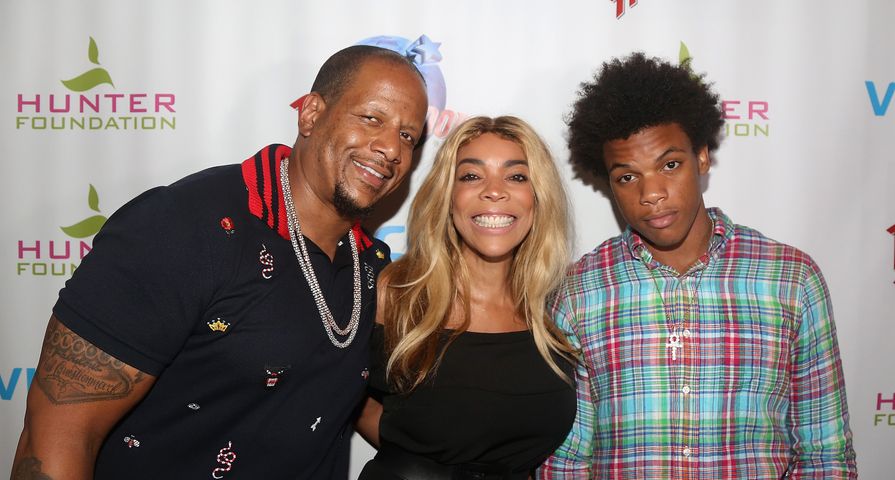 It seems tension is running very high with everyone involved in the highly publicized divorce between talk show host Wendy Williams and her estranged husband Kevin Hunter.

According to reports, Hunter and the couple’s 18-year-old son Kevin Hunter Jr. got into a physical altercation on Tuesday after Williams dropped her son off at her home, not knowing that her soon to be ex-husband was there.

Hunter and Kevin Jr. then took a trip to a nearby store where the two allegedly began arguing about the divorce, but things quickly became physical when Hunter reportedly put his son in a headlock to “calm him down” and in response Kevin Jr. allegedly punched his father in the face.

While police did arrive and Kevin Jr. was arrested, he was released shortly afterwards and his father told TMZ, “I love my son very much and I will not be pursuing this matter legally. Things are not always how they appear.”

Williams filed for divorce from Hunter after nearly 21 years of marriage back in April. The filing came amid reports that Hunter had allegedly fathered a child with his longtime mistress and after months of Williams defending her marriage and husband.

The filing also came about one week after Williams checked out of her sober living facility and reportedly relapsed on alcohol. Since their split, Williams has cut all professional and personal ties with Hunter.